India’s tailenders Mohammed Shami and Jasprit Bumrah put on an impressive 77-run partnership to frustrate England’s bowlers on day five at Lord’s and push the second Test towards a draw.

Joe Root’s side began the final day in promising fashion by as Ollie Robinson removed Ishant Sharma and Rishabh Pant early on to work their way through the batting order.

But Shami and Bumrah steadied the ship for the visitors to take them into lunch on 286-8, with a lead of 259 –  leaving both sides with a great deal of work to do to force a winner in this Test. 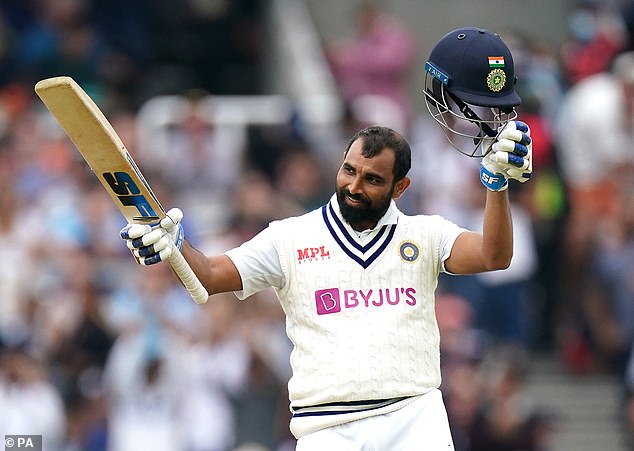 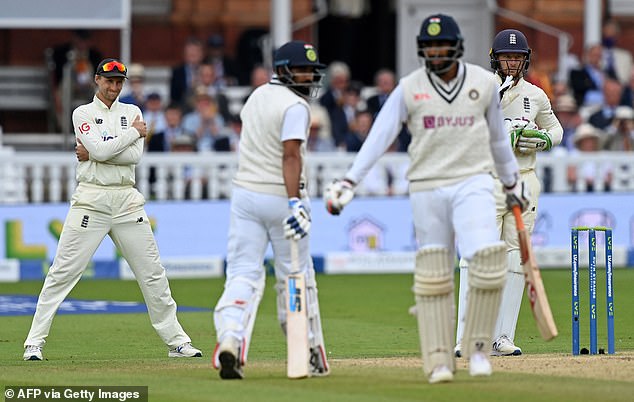 Shami hit a remarkable half-century, sealed with a four and a six in consecutive balls, to move his partnership with Bumrah beyond 70 runs.

It was only Shami’s second Test half-century in 53 matches with the 30-year-old bizarrely taking off his helmet when celebrating his half-ton.

He reached lunch on 52 runs, the highest ever Test total he has achieved in his career, surpassing the 51 total he mustered at Trent Bridge in 2014. Bumrah, meanwhile, also hit a new Test batting high of 30 in Monday’s morning session.

But Bumrah will be relieved that England captain Root dropped him at first slip on 22 after the India tailender edged Moeen Alli’s delivery in another frustration for the hosts and the home crowd at Lord’s. 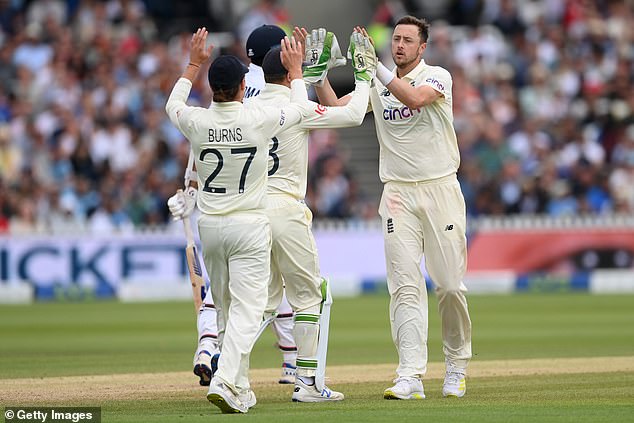 Things looked brighter for England as they limited the normally-impressive Pant to just 22 runs as he flicked Robinson’s delivery into the arms of Buttler when India’s lead was at 167.

To win the Test in the last two sessions, England will need to get two more wickets and complete a remarkable run-chase in the final 64 overs at Lord’s. However, some rain began to fall when the players went off for lunch.

However, Root’s men must also avoid a batting collapse to stop their opponents from snatching a win.