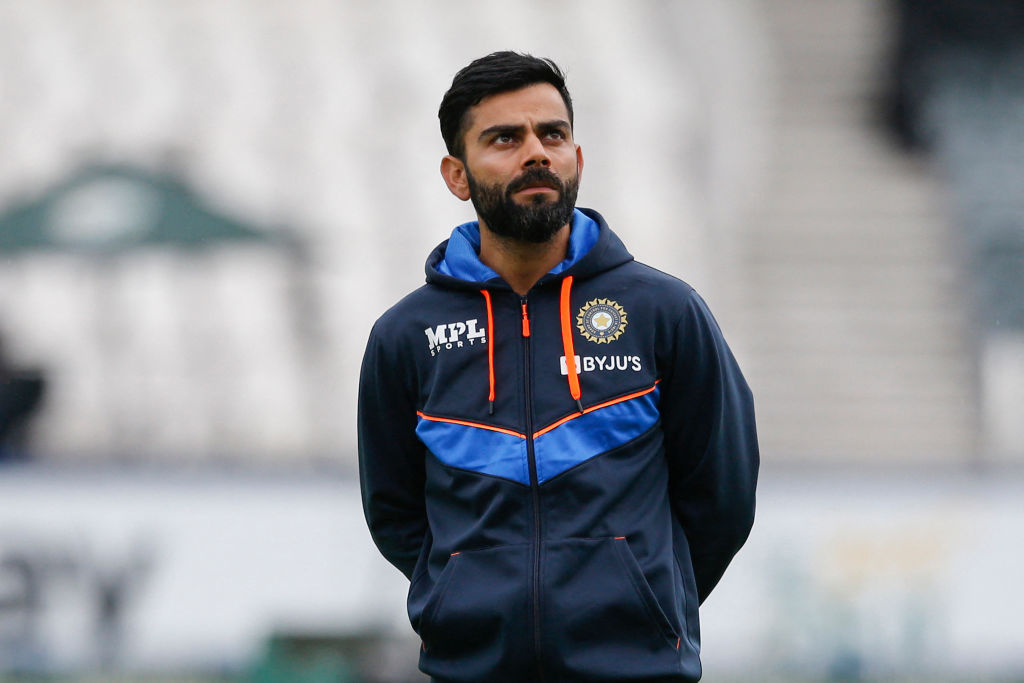 Former India coach Ravi Shastri has urged Virat Kohli to pull out of the Indian Premier League amid his slump in form.

Kohli, 33, has made a poor start to this year’s IPL, scoring just 128 runs in nine innings and being dismissed for two first-ball ducks.

The ex-India captain made a scratchy nine from 10 balls on Tuesday as Royal Challengers Bangalore failed to chase 144 against Rajasthan Royals to stay fifth in the table at the halfway stage.

Kohli is considered one of the best batters of the modern era but has has failed to score a professional century for more than two years, with Shastri of the opinion that he is ‘overcooked’ and needs a break.

‘I think a break is ideal for him because he has played non-stop cricket and he has captained the side across all formats. It will be wise for him to take a break,’ Shastri said on an internet chat show.

‘You know, sometimes you have to draw the balance. It’s not just Virat, I’ll say that to any player.

‘If you want to play and do well for India, you have to draw the line where you want to take that break and the ideal break would be off-season where India is not playing and the only time India does not play is the IPL.’

Kohli’s struggles come after he resigned as India’s Test captain and was replaced as white-ball skipper, while he stepped down as Royal Challengers Bangalore captain ahead of IPL 2022.

His successor at RCB, Faf du Plessis, remains confident that Kohli will overcome his batting slump and contribute to the team sooner rather than later.

‘Great players go through things like this and great characters have to find a way to get through it,’ Du Plessis said after Bangalore’s 29-run defeat to Rajasthan.

‘Our thinking was to get him into the game straight away so he does not sit on the side and think too much about the game.

‘He is a fantastic cricketer, so we still back him that he will turn it around and it’s just the case of getting a good start.’

Kohli, who amassed a record 973 runs in the 2016 edition of the Indian Premier League, has also received the backing of RCB coach Sanjay Bangar.

‘He is a great player and seen many ups and downs in his career,’ Bangar said this week.

‘I have seen him up close and he is a fighter. So he will come out of this run of low scores in the last three matches and will soon get us a win.’