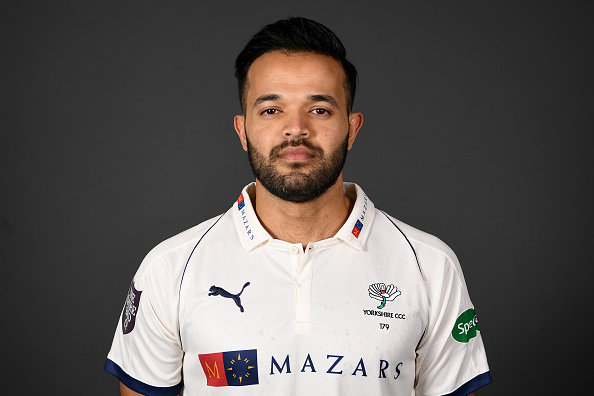 An ‘ashamed’ and ‘angry’ Azeem Rafiq has issued an apology after an exchange of messages in which he used antisemitic language came to light.

The former spin bowler has received widespread praise and support over the last 48 hours after detailing his experiences of racism and bullying at Yorkshire during an emotional testimony in front of the Digital, Culture, Media and Sport Select Committee on Tuesday.

Breaking down in tears on a number of occasions, Rafiq explained to MPs how ‘inhuman’ racist abuse had ultimately cost him his career at the top in cricket.

However, the 30-year-old has himself been called into question after a conversation dating back to 2011 surfaced in which he used a series of offensive slurs directed at an unnamed member of the Jewish community.

‘Hahaha he is a jew .. Probs go after my 2nds again ha,’ Rafiq responded to Leicestershire cricketer Ateeq Javid on Facebook just over a decade ago.

Responding in a short statement on Twitter on Thursday afternoon, Rafiq said he was ‘ashamed’ and ‘incredibly angry’ about the messages, but stressed he was a ‘different person today’.

The ex-England Under-19 captain said there were ‘no excuses’ for the language he used at the time.

‘I was sent an image of this exchange from early 2011 today,’ Rafiq told his followers.

‘I have gone back to check my account and it is me – I have absolutely no excuses.

‘I am ashamed of this exchange and have now deleted it so as not to cause further offence. I was 19 at the time and I hope and believe I am a different person today.

‘I am incredibly angry at myself and I apologise to the Jewish community and everyone who is rightly offended by this.’