Jos Buttler insisted England will keep on taking risks after they pulled off an emphatic victory over South Africa at Old Trafford on Friday to level the one-day series against the odds.

England threw early wickets away to crash to 72 for five in a second 50-over game shortened to 29 overs by Manchester rain but recovered to what still seemed a below par 201 all out thanks to three sixes apiece by Liam Livingstone and Sam Curran.

But it proved more than enough as England produced their best ever start to a one-day innings to reduce South Africa to four for six, all four wickets falling without a run being scored in 10 balls, and then 27 for five, their trio of left-armers in Reece Topley, David Willey and Curran effectively winning the game for their side. 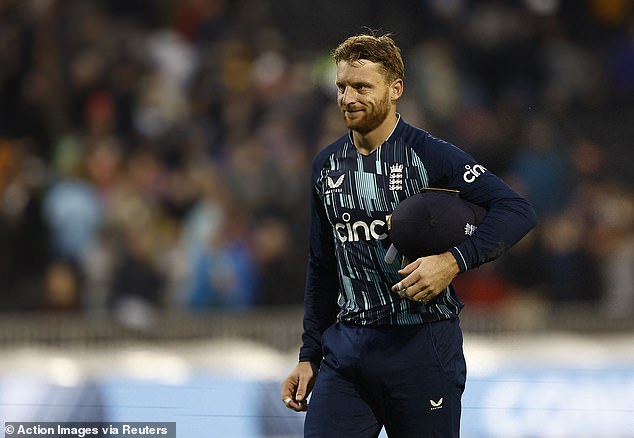 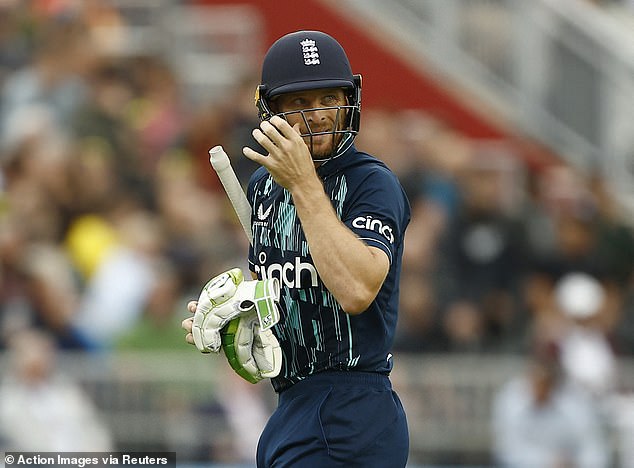 South Africa could only limp to 83 all out to lose by 118 runs as more rain fell to jeopardise England’s victory.

‘It’s paramount guys continue to try and play in the fashion we want to as a team,’ said a captain in Buttler who will now at Headingley on Saturday have the chance to grab his first series victory as white-ball captain.

‘Can we do it better? Absolutely. But that positivity got us up to a score that now looks great.

‘I know we can improve but that will consistently be the message. I want guys to back themselves and take risks. We’re trying to impose ourselves on the opposition and put pressure back on them.’ 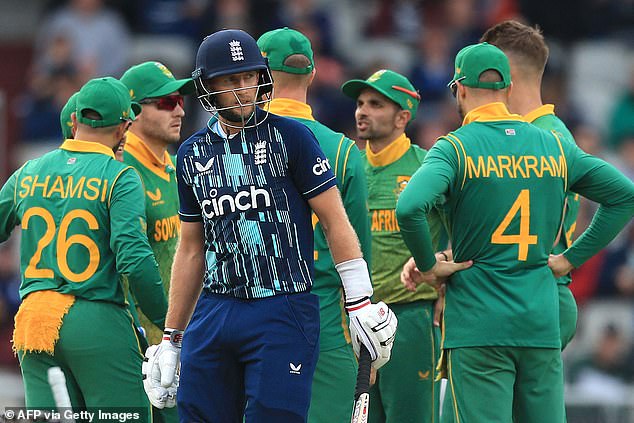 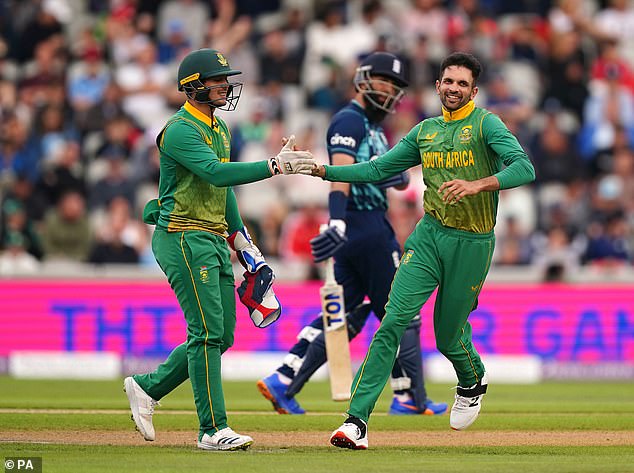 Buttler, who saw both England’s series against India in one-day and Twenty20 cricket end in defeat under his leadership, was full of praise for his bowlers who won the game for England to cancel out Tuesday’s opening defeat in Durham.

Topley in particular was superb and has now taken 13 wickets in 50-over cricket this season.

‘The guys are bowling brilliantly,’ said Buttler, who pulled off a superb run out to send back Aiden Markram before he had faced a ball in South Africa’s collapse.

‘We spoke at the break and Jonny Bairstow felt it wasn’t easy to score runs in the power-play so if we bowled a good length we would make it tough for them.’ 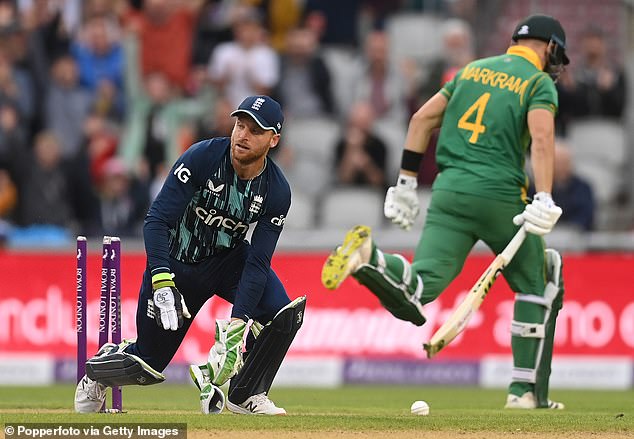 There was late controversy when South Africa’s Heinrich Klaasen indulged in gamesmanship and complained about covering behind the arm with the rain falling again and the match threatened with a no result with fewer than 20 overs bowled.

It sparked an eight minute delay in the 12th over and led to an angry response from Buttler and Bairstow, with Willey saying afterwards: ‘It was frustrating to be polite but I think it was clear what they were trying to do.