Jofra Archer and Mark Wood are set to be paired together for the first time overseas later this week at a time when England captain Eoin Morgan believes the global game is witnessing a renaissance of genuinely fast bowling.

Given the ongoing public conversation about the need for England attacks to incorporate greater speed away from home, it is an anomaly that the Twenty20 series opener against South Africa on Friday will finally see them named in the same XI.

Injuries contributed to keeping them apart in Test cricket last winter and now they will be up against another 90mph duo in Kagiso Rabada and Anrich Nortje, first and fourth in the leading wicket-takers list of the recently concluded Indian Premier League — a tournament for which Archer won the most valuable player award. 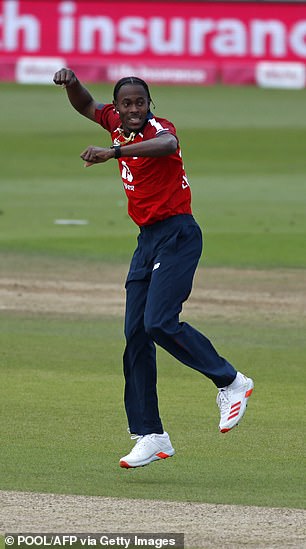 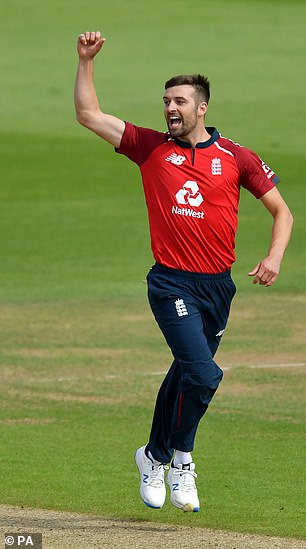 ‘One of the themes of the 50-over World Cup last year was most of the top teams had two if not three out-and-out fast bowlers,’ said Morgan. ‘To me it indicates that the sport is getting access to some of the best athletes coming through as kids.

‘Certainly some of the countries around the world suffer for that. We fall victim to football. We see that the first thing all the young, talented kids turn their hands or feet to is football… or rugby.

‘But I think cricket is in a really healthy place, and it’s extraordinary to watch these guys go flat out against the best batsmen in the world.’ 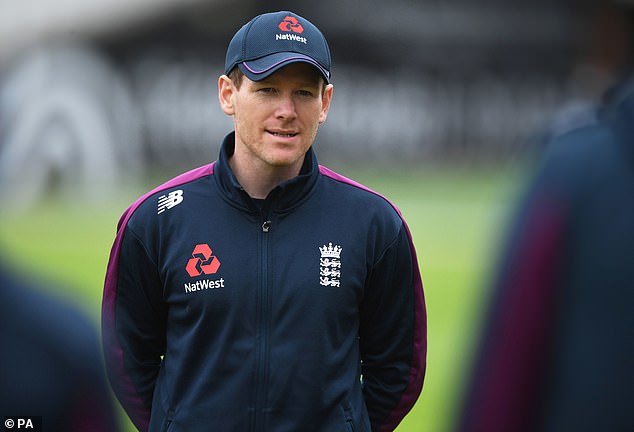 Archer and Wood took wickets at Newlands on Saturday when vice-captain Jos Buttler had bragging rights over Morgan as his XI won an intra-squad 40-over match by 50 runs. Archer grabbed an early wicket and Wood was 3-48.

Joe Root compiled an elegant run-a-ball 77 and Sam Billings produced a fiery 52 from 44 balls as Buttler’s team were bowled out for 255. Team Morgan slipped from 47-3 to 90-5 and were never able to recover.

England will play two intra-squad T20 games at Boland Park in Paarl on Monday, a day game and a day-nighter, while South Africa sweat over their two positive Covid-19 tests and four players who have been placed in quarantine.

The next round of tests on the players will be on Thursday, the day before the first T20 international at Newlands. If the virus has spread, there is a slim chance the entire tour could be jeopardised.