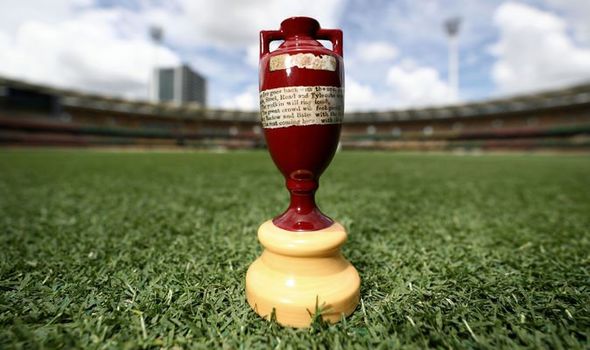 Several England players have voiced misgivings about participating in the Ashes this winter if Australia refuse to allow families to tour. Players, the Professional Cricketers Association and the ECB are set for initial talks later this week about potential Covid restrictions Down Under.

And sources within the England dressing room have admitted “a number of players” with young families are considering their priorities.

Australia has some of the strictest Covid defences and protocols in the world at the moment.

And the prospect of being placed inside a secure bubble for a sustained period straight from the T20 World Cup is a concern.

For some players there is the prospect of being away from mid September when England travel to Bangladesh, through a short T20 tour of Pakistan before the T20 World Cup.

To then get to Australia in early November to spend Christmas and New Year away from families has been a point of much discussion in the Test squad.

Some multi-format players like Ben Stokes, Jonny Bairstow, Mark Wood, Jos Buttler or Jofra Archer could be away for five months.

An ECB spokesman admitted such a schedule would be unsustainable for players.

This week’s talks are to discuss players’ concerns but are not expected to deliver an ultimatum.

Cricket Australia and the Australian government are set to add flesh to the bones of how they see the winter early next month.

England’s Test squad are set to meet up at Nottingham ahead of next week’s first Test against India.

And they will do so with a fresh warning of the powers of Covid to disrupt sport after positive tests hit The Hundred at Trent Bridge yesterday.

All-rounder Steven Mullaney and a further member of the support staff also withdrew after being designated as close contacts.

Of greater concern for ECB chiefs is the fact that England Test captain Joe Root has shared a dressing room with those affected.

There was no suggestion Root has been affected but with just nine days to go before the first Test of five against India in a series worth £100m to the ECB any positive tests are a concern.

England were forced to pick a brand-new ODI squad for their series against Pakistan earlier this month following a dressing-room outbreak during the preceding Sri Lanka series.