White-ball wonders: England have all the big guns available for T20 series in India as Eoin Morgan’s men seek to banish Test debacle and launch quest for World Cup glory

I guess it’s time to forget about those Test thrashings and get back to what England do best — white-ball cricket!

That’s right. It’s over to Eoin Morgan now for England’s attempt to become the first team to hold both the 50-over and Twenty20 World Cups at the same time.

What better way to prepare for October’s T20 showpiece in India than five games against them at the magnificent new Narendra Modi Stadium in Ahmedabad. 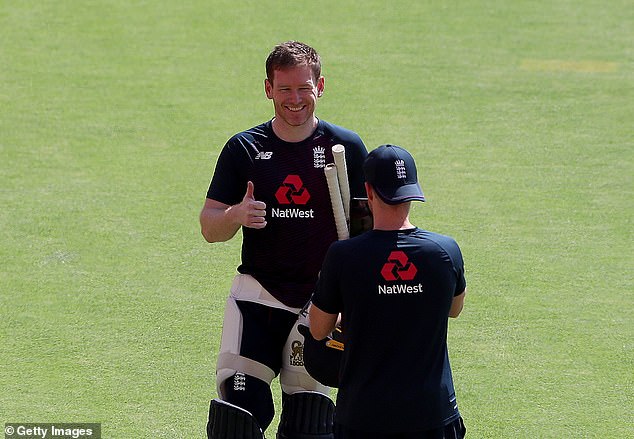 Won’t the rest and rotation policy rob England of some of their best players?

That’s where you’re wrong! England have all their big guns available, with Jos Buttler, Sam Curran and Moeen Ali back in India after missing Tests and Morgan looking to put down a marker against the joint World Cup favourites, starting on Friday. Just try to keep a straight face when England say they’re prioritising Tests.

Has Morgan put his foot down and demanded his best players for this World Cup rehearsal?

Well, that’s the perception but England insist Morgan has never moaned once when he’s been without his best players in the last couple of years, but now he has the perfect chance to make white-ball history. And the man who led England to their first 50-over World Cup has earned the right to wield a bit of power.

England must have a few selection headaches, then, with this squad of riches?

One thing is for sure — Dawid Malan nailed down the No 3 spot when England beat South Africa 3-0 in their last T20 assignment before Christmas. He made an unbeaten 99 in the final match before the Cape Town biosecure bubble burst and he goes into this series as the No 1-ranked T20 batsman in the world. 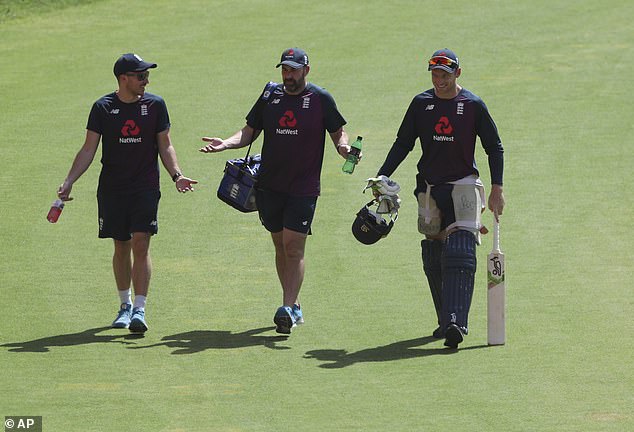 Jos Buttler, Sam Curran and Moeen Ali are back in India after missing Test matches

England seem to have settled on Buttler and Jason Roy as their opening partnership, with Jonny Bairstow at four. That means Sam Billings is fighting to avoid being the unlucky man left out of the batting line-up.

So who else should we be looking out for?

Jofra Archer trained again yesterday and should be fit after recovering from the elbow problem that kept him out of the last Test.

Fellow paceman Mark Wood will be hoping for a chance after missing out on all three T20 wins in South Africa and the India Tests. Reece Topley and Liam Livingstone, both on the fringes, want to stake World Cup claims.

Is this the last chance to get a feel for Indian conditions before the World Cup?

No. After the T20 series England have three 50-over matches in Pune, which they will treat as extended T20s for World Cup practice.

Then, of course, a lot of the players will stay for the IPL.

Clearly nothing takes priority over that…

Absolutely. Take Curran. He is a contracted red-ball player who was rested for the Tests in India but is back for the white-ball games. He will miss the two Tests against New Zealand in June if Chennai reach the IPL final. We’ll have to get used to this — it’s T20 and the IPL all the way now!