Mark Wood claimed wickets for both of India’s openers and helped limited the visitors to 56-3 at lunch as England made a strong start on day four of the second Test at Lord’s.

Chasing England’s lead of 27 following Joe Root’s 180 not out at Lord’s, India were closing in on eradicating the hosts’ slender lead when KL Rahul nicked back Wood’s 94mph delivery to wicketkeeper Jos Buttler after nine overs.

Three overs later and just as India had levelled the scores, Wood teased Rohit Sharma with consistent short balls which led to one falling gracefully into Moeen Alli’s arms by the boundary after just an hour’s play. 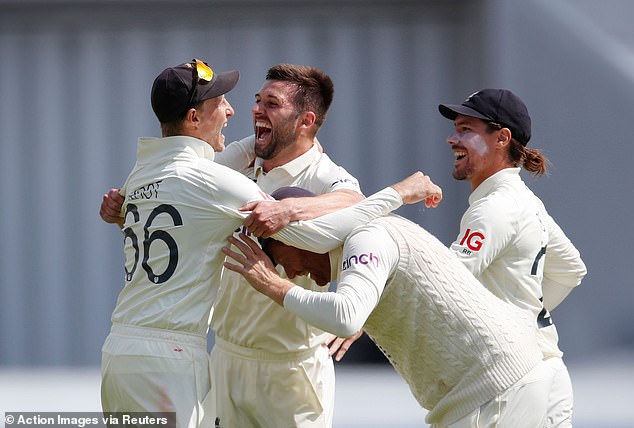 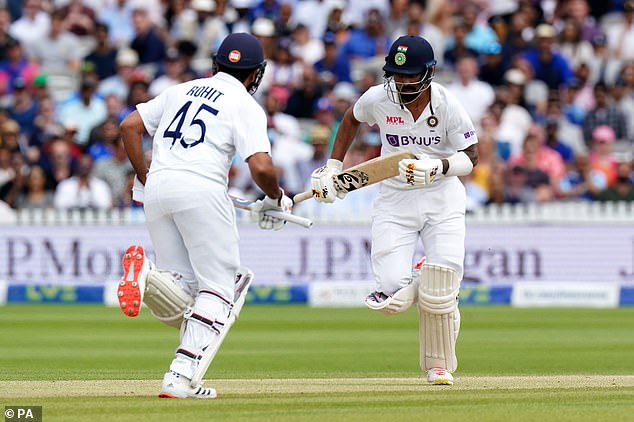 Rahul struggled with Anderson’s early pressure on Sunday morning, with the England veteran forcing three appeals, including a third for lbw which was umpire’s call not out for hitting the stumps, after Joe Root had sent the call upstairs.

Root, meanwhile, had already taken Ollie Robinson out of the England bowling attack after just two overs and maiden, with Wood coming in to devastating effect as Rahul edged back a speedy arm over back to Buttler.

As Rahul was ground down by England’s fast attack, Sharma maintained a strong opening rhythm and picked up two early boundaries – down the ground and through mid-wicket – before hitting his first six of the day off Wood’s short ball which brought the scores level. 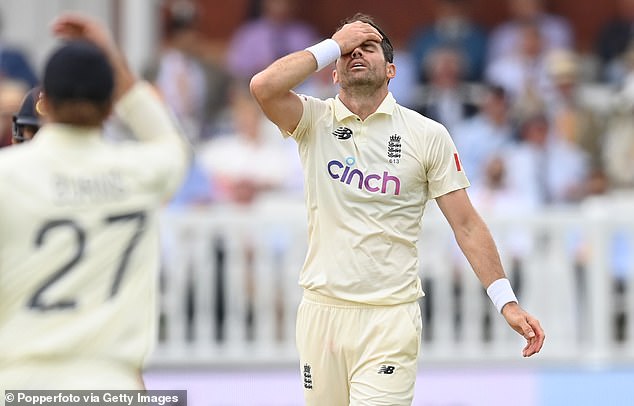 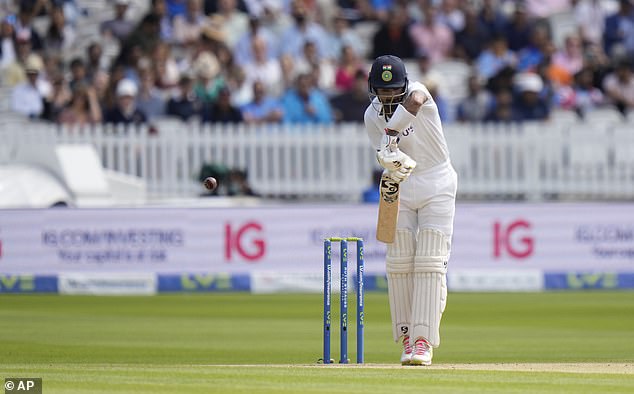 The 34-year-old then tried a similar shot as Wood carried on the short ball tactic later in the over, but the ball found Moeen Alli’s hands instead of the Sunday Lord’s crowd.

Root kept up the pressure on India’s next batsmen, with Cheteshwar Pujara struggling to get off the mark with three slips and a gully watching on, though Virat Kohli managed to relieve some pressure on India with some early boundaries.

An injury concern forced Wood off the pitch temporarily which allowed Sam Curran to enter the bowling attack, with Pujara failing to get off the mark until he faced his 35th ball.