Don’t panic! England captain Jos Buttler insists there is no need for concern over their off-colour batting display against India but admits the team had a ‘disappointing day’ and ‘must learn quickly’ ahead of second ODI at Lord’s

Of all the things Jos Buttler imagined saying four games into his reign as England’s white-ball captain, ‘don’t panic’ was presumably low on the list.

Yet that was gist of it as he contemplated England’s first 10-wicket defeat in a one-day international for over a decade, and ducks for four members of his powerful top six. A total of 110, meanwhile, was their lowest against India.

Following England’s 2-1 defeat in last week’s T20 series, it’s hard to shake off the feeling that they haven’t yet got to grips with life after Eoin Morgan. 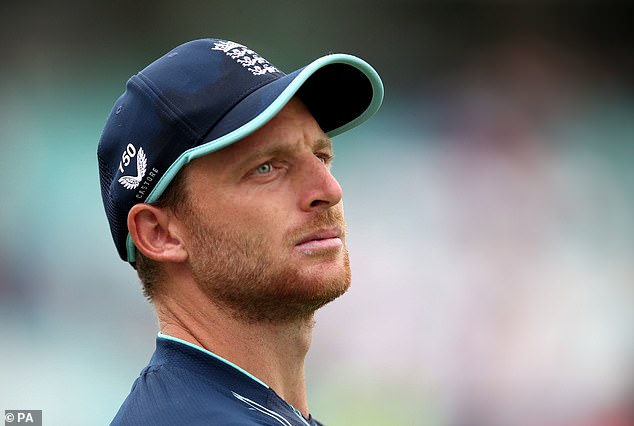 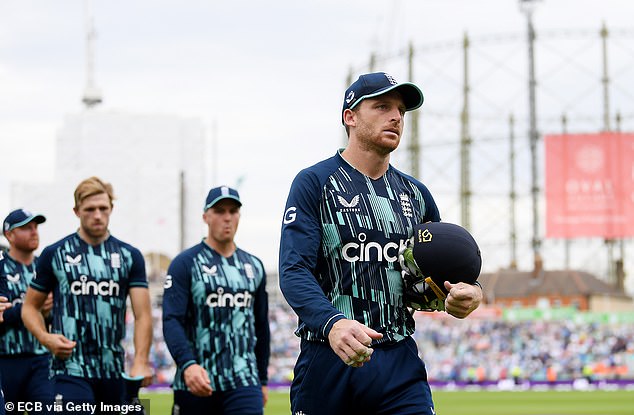 This was a horror show, from start to finish, mitigated only by an unusually grassy Oval surface and a superb spell from India’s outstanding fast bowler Jasprit Bumrah, who picked up six for 19 and looks in the form of his life.

‘It was a really disappointing day, and a tough loss to take,’ said Buttler. ‘There was a little bit in the wicket early on, and Bumrah bowled fantastically well, but we didn’t deal with it as well as we’d like.’

The first of three ODIs was supposed to be a chance for England – boosted by the return of their Test-match bazookas – to fire a few shots ahead of next year’s World Cup in India. For the first time since Morgan lifted the trophy at Lord’s in 2019, the big five were reunited in a 50-over game: Jason Roy, Jonny Bairstow, Joe Root, Ben Stokes and Buttler. 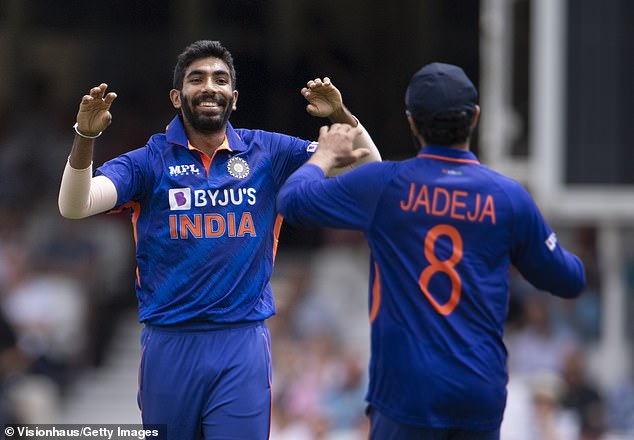 But Roy’s miserable form continued when he dragged Bumrah on to his stumps for a duck, and Root followed two balls later for another. When Buttler helped Mohammed Shami into the hands of Suryakumar Yadav at deep backward square, it was 59 for seven – and game all but over.

‘If you look at the names of the guys in there, they are some of the best players we’ve had,’ said Buttler. ‘Over the last five or six years, the batting has been our super strength, so there’s certainly no need to panic.

‘The big guns coming back in have all been in some of the best form of their lives playing Test cricket, so it proves it wasn’t easy out there.

‘But we must look at it and think, is there a way we can try and manage it better, try and not lose as many wickets at the start? And we’ve got to learn quickly.’ 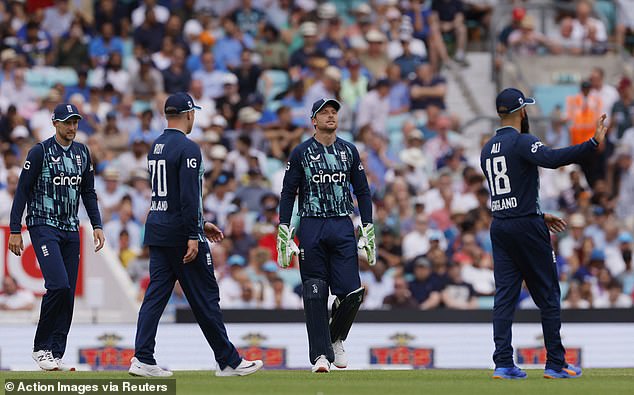 It was strange to think that England would have finished the day back on top of the ICC’s rankings had Ireland beaten top-ranked New Zealand over in Dublin.

Instead, Buttler was left fielding the kind of questions Morgan rarely had to deal with during his seven years in charge.

‘That is the standard we have set ourselves over a long period of time and we deserve that expectation. This doesn’t change the fact we are a good team. We were challenged today, and we’ve come up very short, but there is a lot of confidence that we can come back strongly.’

Thursday’s second game at Lord’s has quickly assumed an importance Buttler could have done without.