‘It’s something he MUST improve’: Ollie Robinson is ordered to get fitter by England bowling coach Jon Lewis after he is forced off with a back spasm after bowling ‘fantastically’ in fifth Ashes Test against Australia

Ollie Robinson has been told he must improve his fitness if he is to have a long Test future.

Robinson was superb with the new pink ball on the first day of the last Ashes Test in taking two wickets as Australia crashed to 12 for three and then 83 for four.

But he then suffered a back spasm and was forced out of the attack as Australia recovered to 241 for six before rain brought a premature close thanks to a magnificent hundred from Travis Head. 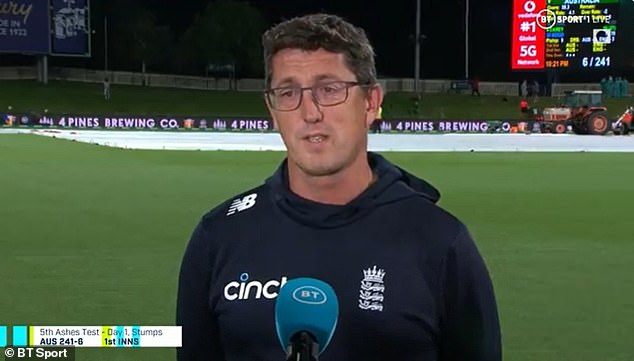 ‘It’s something he has to improve,’ said Lewis after the first day of Ashes cricket in Hobart.

‘Ollie has to understand what it takes to play all year round in international cricket. There is a higher intensity in Test cricket. It’s definitely something he needs to work on. 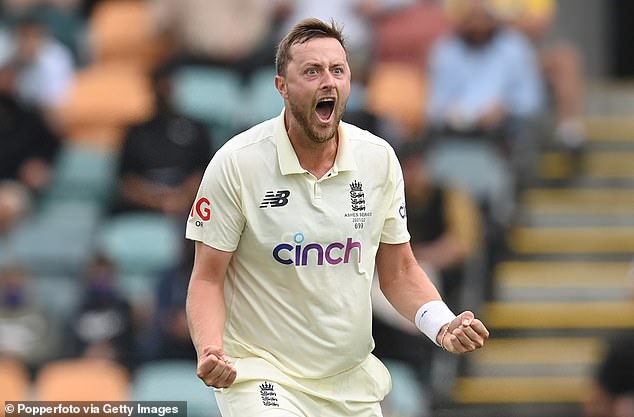 The 28-year-old Robinson bowled ‘fantastically’ before a back spasm, taking two wickets

‘He needs to be a fitter bowler. One hundred per cent and they are conversations we’ve been having with him. Now it’s up to him to go and do the work. So far he’s been okay.’

Robinson was forced off the field after the first interval and Lewis said: ‘He just had a little back spasm and we will have to see how he pulls up tomorrow.

‘He went back out on the field so he’s available to bowl when he comes good. I thought he bowled fantastically this morning.’ 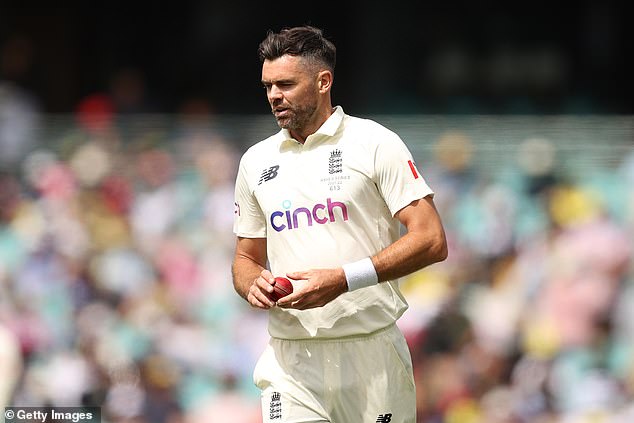 The former Gloucestershire and England bowler criticised what became, in Robinson’s absence, a three-man seam attack, with James Anderson missing with a hamstring injury.

‘Australia counter punched fantastically well but in the middle session in particular we were a bit slow to adapt to what was happening,’ added Lewis.

‘There was a lot of talk of the need in Adelaide to bowl fuller but this time we needed to pull our lengths back slightly and we took too long over doing that.’