The perilous financial status of the Gallagher Premiership was demonstrated again on Wednesday after Worcester were served with a winding-up petition over an unpaid tax bill.

At a court hearing, HM Revenue & Customs indicated their belief that the Warriors should be liquidated unless they can pay their debt.

Sportsmail reported in June that Worcester were late paying their players for the month of May in what was the first sign there might be trouble afoot at Sixways. 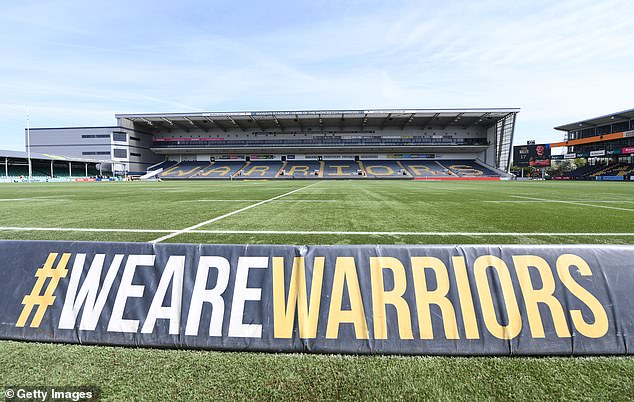 The serving of a winding-up petition leaves Steve Diamond’s side on the verge of falling out of business.

Just last week, Wasps missed a key deadline on the repayment of a £35million retail bond on their Coventry Building Society Arena home. And Worcester said ‘unavoidable delays’ meant they, too, had been unable to pay their dues.

A club statement read: ‘Worcester, along with most sports clubs, have found the past two years challenging owing to the pandemic and the rise in cost of living. We retained our staff but lost income in lockdowns during which the majority of matches were played behind closed doors.

‘We returned to normal operations 12 months ago carrying a tax liability. We have worked closely with HMRC to clear these liabilities.

‘The club owners and board are fully committed to preserving top-flight professional rugby in Worcester and have been working on solutions to pay the tax owed. 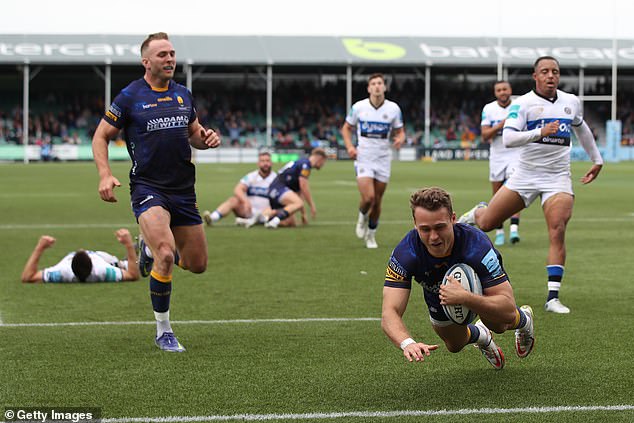 ‘A solution, which would secure the future of the club, has been approved. Unfortunately, there have been unavoidable delays to the final tasks required to complete the funding.

‘Having kept HMRC fully apprised of the situation, we are disappointed they have taken the decision to issue a winding-up petition. The club’s directors are in continuing dialogue with HMRC in an attempt to find a speedy and satisfactory resolution.’

A Premiership spokesperson said: ‘Premiership Rugby and the RFU have been in regular contact with Worcester shareholders and management. We appreciate this is unsettling for the players, the employees, the fans and the community in Worcester, and we will continue to work with stakeholders to establish the next steps.’

And New Zealand head coach Ian Foster will continue in the role until next year’s World Cup despite a poor run of form. Foster will be assisted by ex-Ireland boss Joe Schmidt, who has joined as attack coach.