Tim David is hoping to use another big-stage occasion to further push his claims to be Australia’s finisher at the upcoming World Cup.

The consistency of the 26-year-old’s ball-striking this year has been remarkable, culminating in him helping Lancashire to Twenty20 finals day and booking another potential powder-keg clash with Yorkshire. 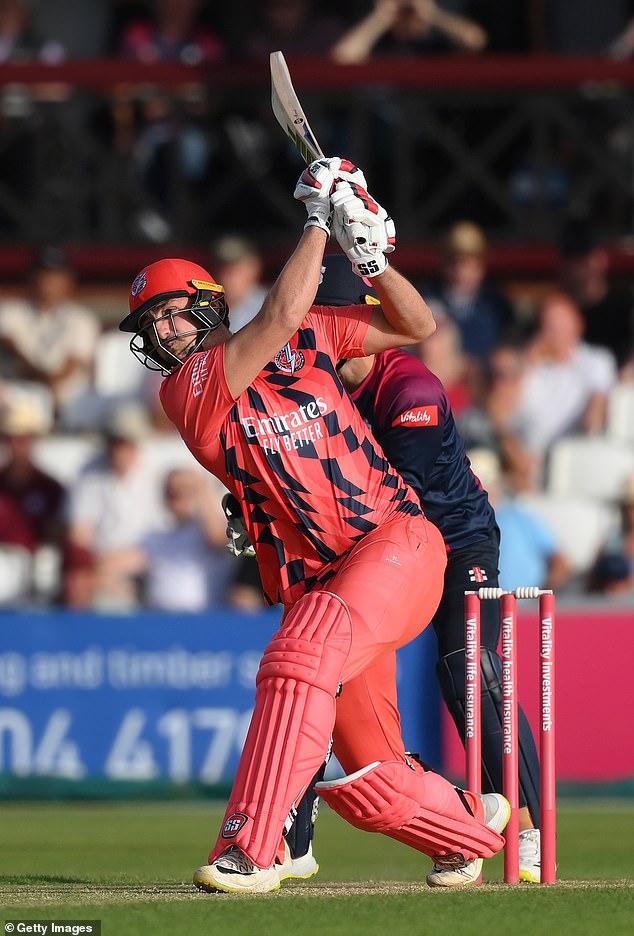 His tally is all the more impressive for the fact that he does not tend to come in until No 5, taking the baton from the likes of Mahendra Singh Dhoni and Kieron Pollard as the world’s premier late-innings hitter.

Australia captain Aaron Finch has revealed that the world champions are considering David in their plans to defend the title this autumn.

‘It fills me with a lot of confidence to have been able to have done what I’ve done but international cricket is a different beast,’ said David. 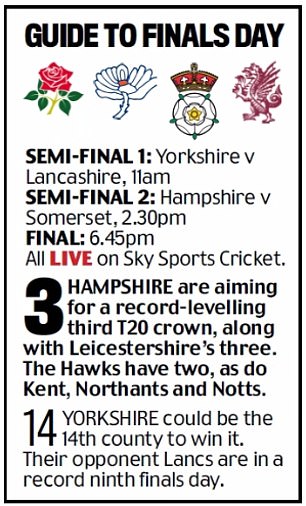 ‘They won the World Cup eight months ago and that team hasn’t changed since then. Those guys have been playing for Australia for a long time, but if I had the opportunity to be a part of it, I’d be thrilled.’

Should the call come, David, who has 14 caps for Singapore, the country of his birth, would emulate David Warner in representing Australia before playing a first-class match.

Not that a career path that took in an £820,000 contract with Mumbai Indians earlier this year was necessarily the one he mapped out when starting with Western Australia. ‘I saw that there was quite a specific set of skills needed to do the job in white-ball cricket and I thought that was something I could do,’ said a man whose strike rate of 186 this year is bettered only by Somerset’s Rilee Rossouw (187) of those to have scored 400 runs.

‘Until I started doing it in games it was a bit of a hedged guess but I felt that’s what my skills led me to and then it was just working really hard and trying to improve myself all the time.’

David also has good recent memories of Saturday’s semi-final opponents at Edgbaston: he scored 101 runs off 50 balls across two rollicking Roses group-stage clashes of the Vitality Blast, as Lancashire snatched a tie with the dismissal of Harry Brook at Emirates Old Trafford and then edged another last-ball thriller when a boundary catch sealed a four-run win at Headingley. 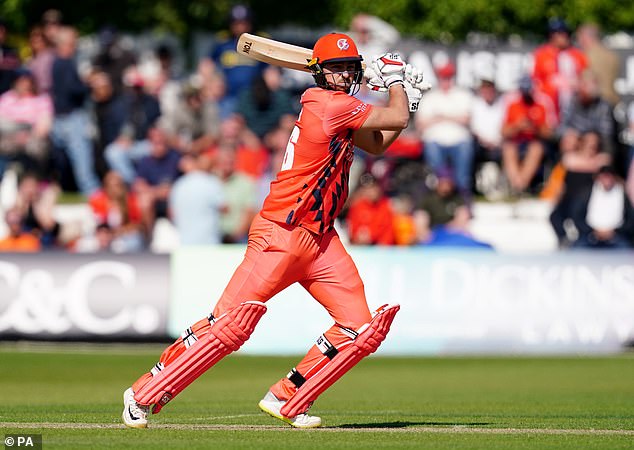 ‘A pessimist could say Yorkshire are due to win this one but we’re looking forward to it,’ said David. ‘These Roses matches are exciting. There’s always something in the air. It doesn’t matter who’s on top, there will be some sort of change in momentum.’

Yorkshire, one of only five counties never to have been crowned English T20 champions, somehow edged out Surrey in the quarter-final despite the hosts requiring just 11 runs from the final 12 balls.

They are boosted by the return of Dawid Malan from international duty and will be captained by Brook, released from England’s 50-over squad who finish their series with India on Sunday. Not released are Joe Root, Jonny Bairstow and David Willey, however, and Adil Rashid and Finn Allen are also missing.

Lancashire will have Phil Salt and Matt Parkinson after they were made free by England coach Matthew Mott but Jos Buttler and Liam Livingstone are off limits. 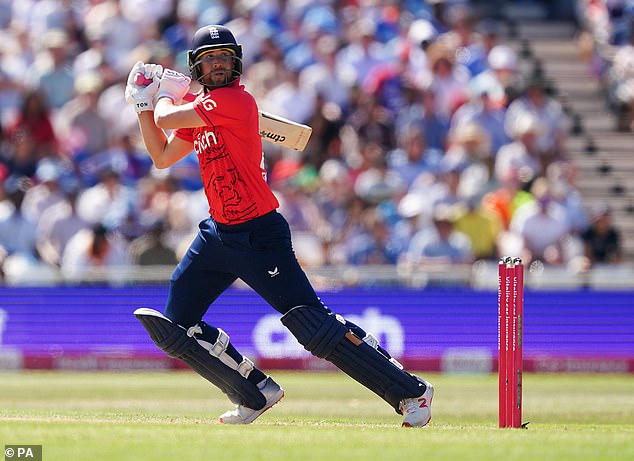 There are no such availability issues relating to the afternoon semi. Somerset enter finals day on the back of an extraordinary quarter-final display against Derbyshire a week ago in which they set a new competition record total of 265 for five and registered a 191-run win as a result — the largest margin in a domestic Twenty20 match anywhere.

Rossouw, who is second only to Hampshire’s James Vince among the tournament’s leading run scorers, took his six count to 40. No one else has managed 30. The South African’s signing could be the missing ingredient for a Somerset side who were beaten by Kent in the 2021 final.

Should Hampshire be victorious, it would be their third title, putting them level with English cricket’s most successful T20 club Leicestershire.