Dame De Compagnie justified strong market support in the Coral Cup to continue a golden start to the Cheltenham Festival for Barry Geraghty and Nicky Henderson.

With three Grade Ones already in the bag courtesy of Shishkin, Epatante and Champ, Henderson showed he is just as adept at getting one ready for a handicap.

The unexposed mare was sent off the 5-1 favourite on the back of an easy win in December, a race that later saw Henderson appeal the fact she was put up an extra 2lb due to collateral form. 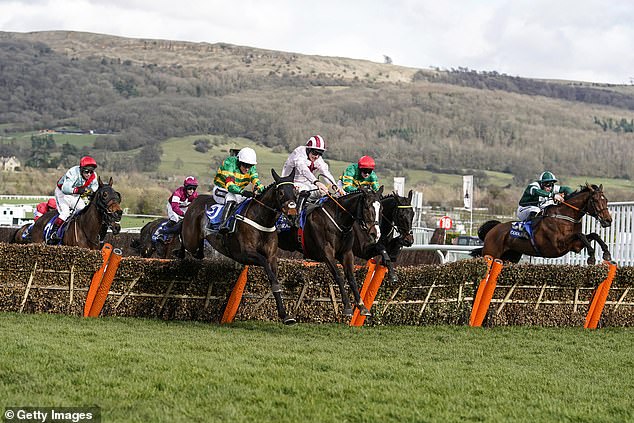 The panel found in his favour and she was allowed to run off her initial rating.

In the end she had two and a quarter lengths to spare over Gordon Elliott’s Black Tears, with Thosedaysaregone third and Cracking Smart fourth.

Geraghty said: ‘She won well. We didn’t go much of a gallop, and I was happy to be just behind the pace once she was relaxed.

‘She picked up from the back of the last. It was a good performance.’ 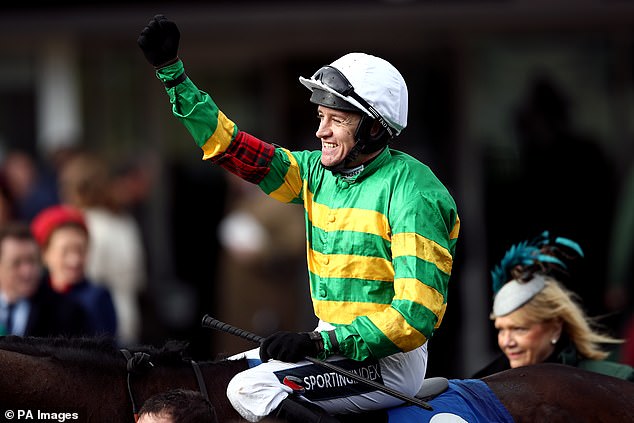