The medical staff of Cricket Australia and the Board of Control for Cricket in India were locked in a key meeting on Tuesday, as officials sought to belatedly rubber stamp the summer program.

The Indian touring squads for the Twenty20, one-day international and Test series were released on Tuesday but CA cannot publicly confirm the dates of the matches until all parties, including the NSW government, are satisfied with the bio-security conditions that must be adhered to.

Medical officials had several areas to address in their meeting, including the rules around quarantine, training and movement between venues and states. 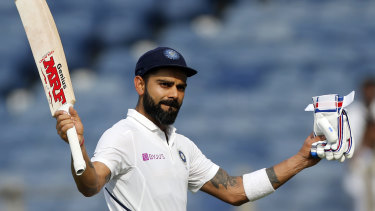 The frustration among CA's broadcasters continues to grow, for the international season is due to start in a month but they cannot advertise the dates until CA and the BCCI are locked in.

Sources close to the Indian squad said there remains confusion among players as to whether they can next month travel with their families from their current base in the United Arab Emirates to Sydney where they will quarantine for 14 days. Some players want their wives and children with them while others believe life in the "new normal" will be too difficult if families are stuck in hotels.

Once the quarantine period is completed, some players hope they can have freedom of movement, including going shopping, as if it was a normal tour. But that's unlikely to be the case, for even the Australians will be in a hub for the entire summer.

BCCI president Sourav Ganguly told The Age and Sydney Morning Herald on Monday he hoped families would be allowed but he doesn't see the issue as being a game-breaker. While declaring players were ready to adhere to bio-secure measures in Australia, Ganguly also pointed out many players had been away from their families in quarantine or hub life for more than 80 days already at home and then in the United Arab Emirates, where the Indian Premier League is being staged.

That the tourists have announced their squads, and have had those players and staff not involved in the IPL now head to the UAE for further quarantining, has been seen by CA as backing Ganguly's assertions in private and publicly that the tour will go ahead.

Ganguly said he was yet to make up his mind as to whether he would come to Australia.

"It depends. We are not sure yet. We have just had a long IPL. These quarantine issues keep hurting you because you are going to a new country and for 14 days you are not doing anything. It's okay if you are playing but if you are not playing, it's not easy," he said.

Meanwhile, CA will on Thursday lift the lid officially on its finances after a year plagued by controversy about whether or not the organisation might run out of money.

Its financial results for 2019-20, to be announced at the sport's annual general meeting, include a cash balance at June 30 of $35m as well as investments including cash of $38m.

The $73m in total reserves is down on the $116m figure posted in mid-2019 but the decline came after a leaner international summer where Australia hosted Pakistan and New Zealand rather than leading revenue spinners India and England.

The addition of a tenth director to the CA board is likely to be rubber-stamped at the AGM along with the inclusion on the board of former NSW Premier Mike Baird, who is seen by some senior figures in the game as the future chairman.