Pat Cummins remains the frontrunner to replace Tim Paine as Australia’s next Test captain but Cricket Australia chairman Richard Freudenstein has revealed Steve Smith will be considered for the role, just three years after receiving a captaincy ban for his involvement in the sandpaper incident.

It comes as Freudenstein confirmed CA would complete background checks on captaincy candidates to avoid a repeat of the Paine saga. 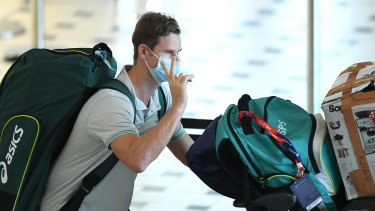 A day after Paine resigned from the Australian captaincy, after a messy sexting scandal from 2017 came to light on Friday, Freudenstein and CA chief executive Nick Hockley addressed reporters via Zoom on Saturday afternoon.

The pair were grilled about what the organisation knew of the investigation in 2018 that looked into Paine’s conduct, after a complaint was made by a former Cricket Tasmania staffer over inappropriate messages sent by Paine.

With less than three weeks before the first Ashes Test in Brisbane on December 8, CA has begun the formal process of selecting a new skipper to lead the team.

Cummins, the 28-year-old fast bowler, has been earmarked as captaincy material and the most likely to get the green light. 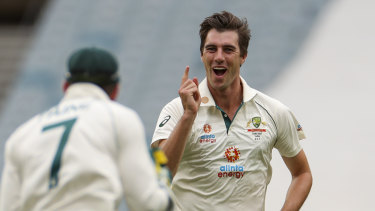 However Smith, 32, looms as an option despite being complicit in the Cape Town ball tampering scandal which led to Paine taking the captaincy in 2018.

Smith was suspended from representing Australia for 12 months and had to serve a two-year leadership ban, which expired in March last year.

Freudenstein would not speculate on who was favourite to take over from Paine, but confirmed Smith would be considered.

“We’ve put in place a process for finding the next Australian captain that was going to take place over the summer in anticipation Tim would one day retire. We’re obviously accelerating that process. It’ll be a very thorough but brief process that will look at all the relevant criteria for a captain of the Australian cricket team. We will come to a conclusion [on] that with plenty of time before the Ashes.”

Freudenstein, who joined the CA board in 2019, has acknowledged the organisation made the wrong call to not disclose an investigation into Paine’s inappropriate behaviour.

Cummins is one of the most well-liked figures in Australian cricket and has no prior indiscretions to his name.

CA will be ensuring there are thorough background checks.

“You can be sure that [as] part of that process we will be trying to make sure that those issues don’t exist,” Freudenstein said.

Hockley added that whoever was appointed would be someone that would go a long way to “making Australians proud”.

“Certainly what we’ve been looking at through the process – as well as obviously captaining capability on the field – is the values, the culture and those leadership attributes that we want to see in the next captain of the Australian men’s Test side. This process will be expedited now but those values of respect, inclusion, of making the sport and making Australians proud, are absolutely going to be at the forefront of the criteria that we apply.”

Since returning to Test cricket in 2019, Smith has averaged 63.9 with the bat, while Cummins’ stocks have risen en route to becoming the world’s No.1 ranked Test bowler.