Jos Buttler admitted he has no defence to accusations that England’s top cricketers have put the IPL before playing for their country in this over-crowded year.

England’s white-ball vice-captain returns for the first Twenty20 international on Friday accepting many supporters are questioning why he missed three Tests but will stay on in India next month for an eight-week stint with the Rajasthan Royals.

‘I completely understand where you are coming from,’ said Buttler when asked if England should always come first. ‘It’s a far from perfect situation and I don’t really have an answer to come back with to be honest.’ 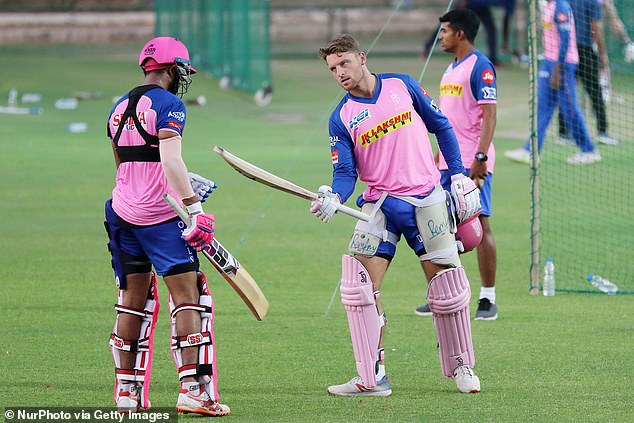 Jos Buttler (right, pictured in 2019 in a practice ahead of the Indian Premier League) has offered up no defence against accusations England players have prioritised the competition 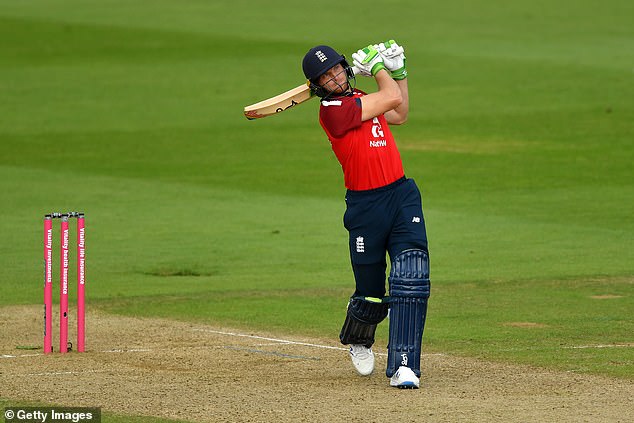 Buttler did consider missing part of the second IPL tournament within the space of six months rather than give up his place for the bulk of an iconic Test series just after he had finally established himself as England’s No 1 red-ball keeper-batsman.

But, incredibly, the ECB did not even suggest to England’s multi-format players that the best time for them to rest and get out of suffocating bio-secure bubbles in this congested pandemic hit year might be during the lucrative franchise competition.

‘Yes, absolutely,’ said Buttler when asked if he had thought about opting out of part of his IPL contract. ‘That’s always a consideration as a player. We didn’t speak to the ECB about it but you have to take those decisions as an individual. 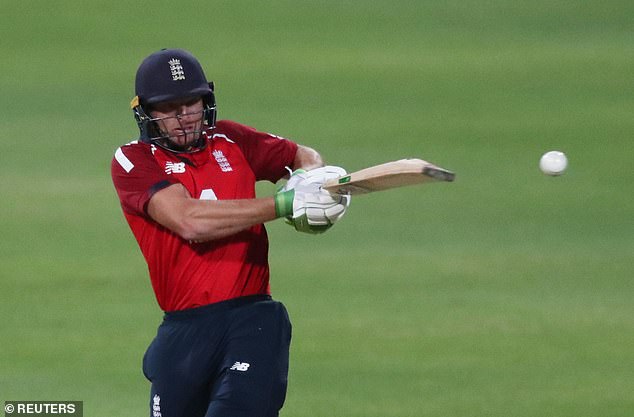 ‘We all know the benefits of the IPL. It is a huge tournament and the monetary rewards are obvious. But there are also obvious benefits with regard to player improvement and the experiences you gain.

‘Especially with this year’s World Cup being in India too. There are so many pluses to the IPL which have been quite obvious in the upturn of the white-ball game in England.’

It emerged this week England captain Eoin Morgan is prepared to offer an olive branch to Alex Hales, who was dropped from the squad that went on to win the 50-over World Cup in 2019 after it emerged he had failed a second test for recreational drug use.

Buttler would welcome back his exiled team-mate. ‘I’d be fine with that,’ he said. ‘We were all disappointed with how that episode played out.

‘Everyone is pretty grown up and if there were any remaining ill-feelings it’s nothing that couldn’t be sorted out by some man-to-man conversations. Alex was a big part of the white-ball squad for some time.’ 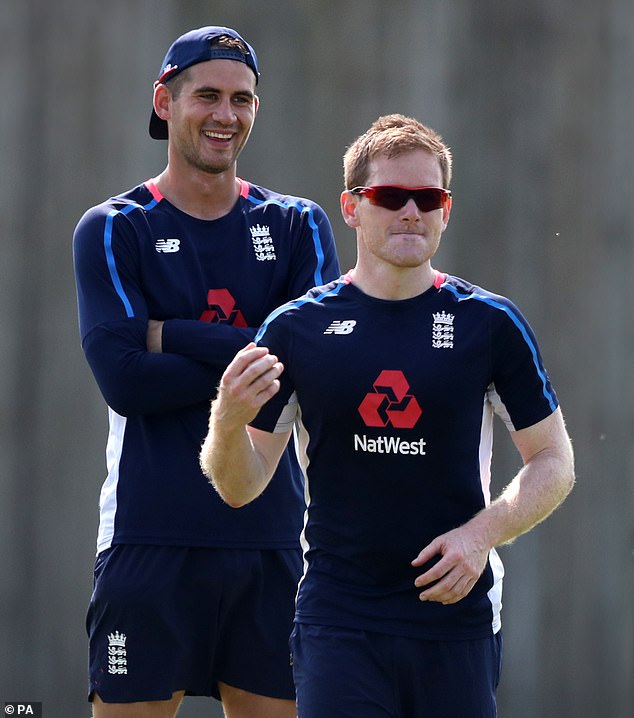 Without Hales England have their strongest possible squad for five T20 games in Ahmedabad but Buttler bristled at the perception that Morgan always gets his way while Test captain Joe Root has had to accept weakened sides this winter.

‘The only other time the T20 squad was at full-strength was in South Africa before Christmas and it probably won’t be at all this summer.

‘Joe, Eoin, Chris Silverwood and the ECB have worked closely to balance things as best they can in an incredibly difficult situation and it makes complete sense for us all to be in India now ahead of a World Cup in these conditions later this year.’