Unforeseen, exciting and with apprehension that this is a good idea before he accelerated out of left field leaving traditionalists wondering what the hell has just happened. On Thursday, Brendon McCullum officially became England’s new Test head coach in the most Brendon McCullum way possible.

How he has assumed the position continues the theme of those brought into roles before him. Both Rob Key, as managing director of men’s cricket, and Ben Stokes as the Test captain, came in with equal parts “really?” and “heck, why not!” Likewise for the man who fills the gap between them.

An impressive interview at the start of the week, in which he came for the white ball gig and left with the red one, put him ahead of Gary Kirsten and Simon Katich, two who have far more established CVs as coaches than the New Zealander’s sole success leading Trinbago Knight Riders to the 2020 Caribbean Premier League. It’s no great leap to say Key and others involved in the decision-making process have gone on gut feel, and there’s ample reason to pull apart the wisdom and surmise taking such a punt for such a role is verging on computer game stuff. However this plays out, the Twitch numbers will be through the roof.

Either as the wicketkeeper or simply as a batter, the 40-year-old’s method as a cricketer was one of bloody-minded intent. It was an approach that suited limited-overs cricket, even before Twenty20 came along and pumped it full of adrenaline. And you could argue it was McCullum who administered the shot when on the opening night of the very first Indian Premier League he struck an unbeaten 158 from 73 balls for Kolkata Knight Riders, where he has now stepped down as coach. The game and the man were never the same again.

There were perhaps more highlights in the longest format. Of his 12 Test centuries, three were doubles along with a 302 against India in February 2014 that belied his usual explosiveness, coming in at 775 minutes, making it the eighth-longest innings at the time. He remains the only Black Cap to score a triple hundred. And the 12th, a 145 in his final innings in the format six years ago, saw him break the record for the fastest jaunt to three figures, in 54 balls. 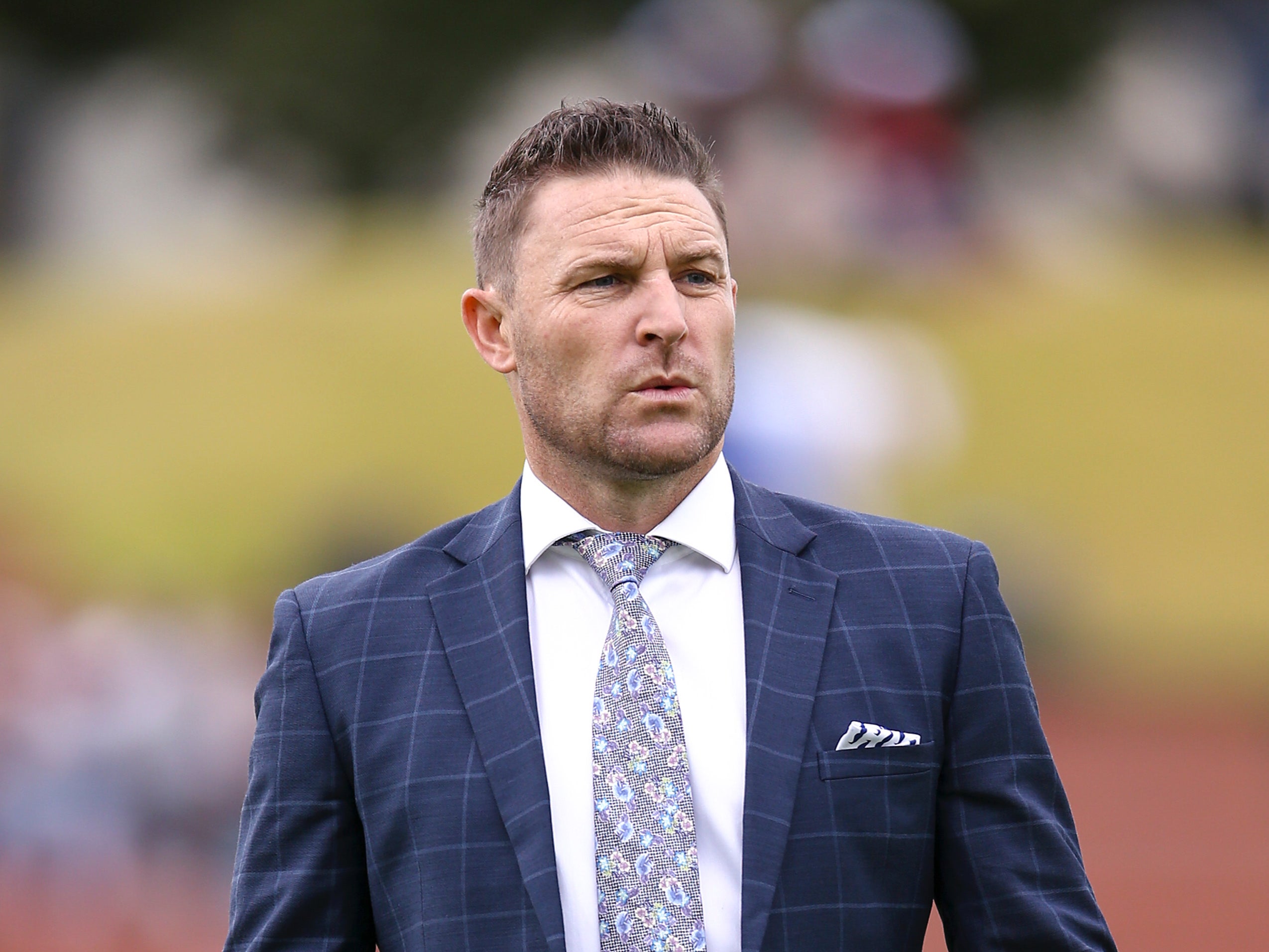 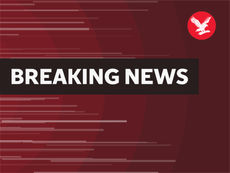 Extrapolating McCullum the coach from the player is a little foolhardy, even with a 20-year career featuring 101 Tests, 260 ODIs, 71 T20is and 109 appearances as a headline act in the best T20 leagues going. At his worst, he was cavalier, at his best he was, well, cavalier. Dubbed selfish or selfless depending on his output on any given day, an extension of the noise that scored his journey from a south Dunedin larrikin to one of the most progressive on-field minds in modern cricket.

Those who played with or under him, particularly during the latter stages of his international career and the T20 franchise circuit, talk of an empathetic thinker. One who implores others to understand their weaknesses to afford them opportunities to flex their strength. A consistent T20 diet by the end gave him a solid grounding in analytics, but most impressive was how he better understood the humans around him. The ability to press home advantage or believe they can take a moment or match single-handedly could not be measured, but McCullum is regarded as one of the best at reading it in others.

That quality was bestowed unto many of the Black Caps that will face England on 2 June for the first of three Tests, both directly and indirectly. His leadership during the 2015 World Cup (along with 328 runs at the top of the order) guided the team to the final. Though they were defeated convincingly by Australia – McCullum scored a duck – the tournament reignited the New Zealand public’s love for cricket which had been on the wane following years of underperformance and in-fighting. In a documentary made of the tournament, Corey Anderson stated the team’s regard for McCullum was such that they’d “walk into fire” for him.

Of course, some of the in-fighting mentioned above had McCullum as its focal point. His mercurial nature and outside interests often left him exposed for pontification on his dedication, distractions and desire. As New Zealand sifted through coaches before landing on their feet with Mike Hesson, McCullum was perceived as the only constant in less than complimentary framing. The rebel leading mutiny after mutiny for his own end, never once caring about the whole. That narrative went into overdrive during the captaincy tussle between McCullum and the country’s darling, Ross Taylor, that left New Zealand at a low ebb at the end 2012. The fallout was bitter: Taylor stepped down after just over a year in charge and even took time away from the game as McCullum assumed the armband in all three formats, along with plenty of blame.

The pair’s relationship remains civil at best, but it was in this period McCullum refreshed the sense of self and ambition of the Black Caps, setting them on a path that led to 2021’s World Test Championship. With the stench of unrest still in the dressing room, he encouraged open dialogue about how the team wanted to go forward. One of the sticking points uncovered was that, despite the amount of cricket they had played, New Zealand lacked identity beyond the sickening sentiment of being “everyone’s second favourite team”. The trick McCullum pulled at the start was to make those around him believe they were world-beaters. The lesson he taught them which carried long after he retired, was they just needed to be themselves and let their cricket do the talking. 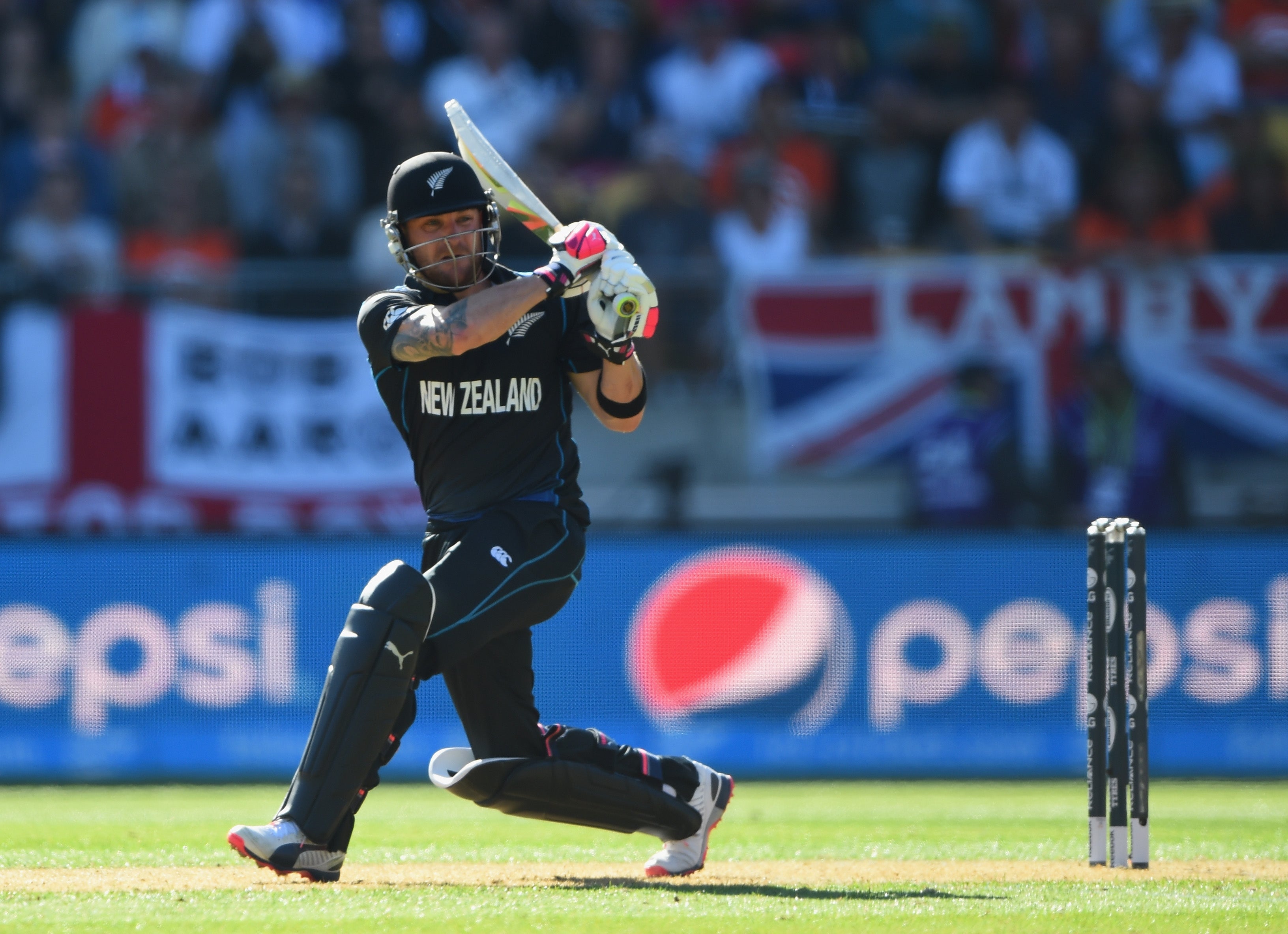 McCullum was famed for his aggressive style

A few years ago, McCullum spoke of that change, specifically what triggered it: “Most of it emanated from us being semi-embarrassed about the way we had played in the past. It (a new way of playing) has to be authentic and it may not last – you can’t force it down people’s throats – but this is the way I want this team to play and I know the senior guys have similar feelings on it.”

England have been in need for both for a while, and in a way it makes sense to draft in the man who instigated it. Long enough for them to have gone with an Australian (Trevor Bayliss) and the usual re-correction of an Englishman (Chris Silverwood). Soon enough since McCullum’s last competitive fixture (2019) to be assured the ECB aren’t exactly trying to reanimate the corpse of Steve Jobs.

What links he has to England are personal. He is good friends with Eoin Morgan, which is why the limited-overs job made so much sense. Indeed, the blueprint for the white ball revolution that has been running since 2015, from strategy to ethos, were pages straight out of McCullum’s playbook, with some sprinkling of All Black culture chat. He was there in the Lord’s commentary box watching on as England ticked off a major milestone with victory in the 2019 World Cup, at the expense of his beloved Black Caps. 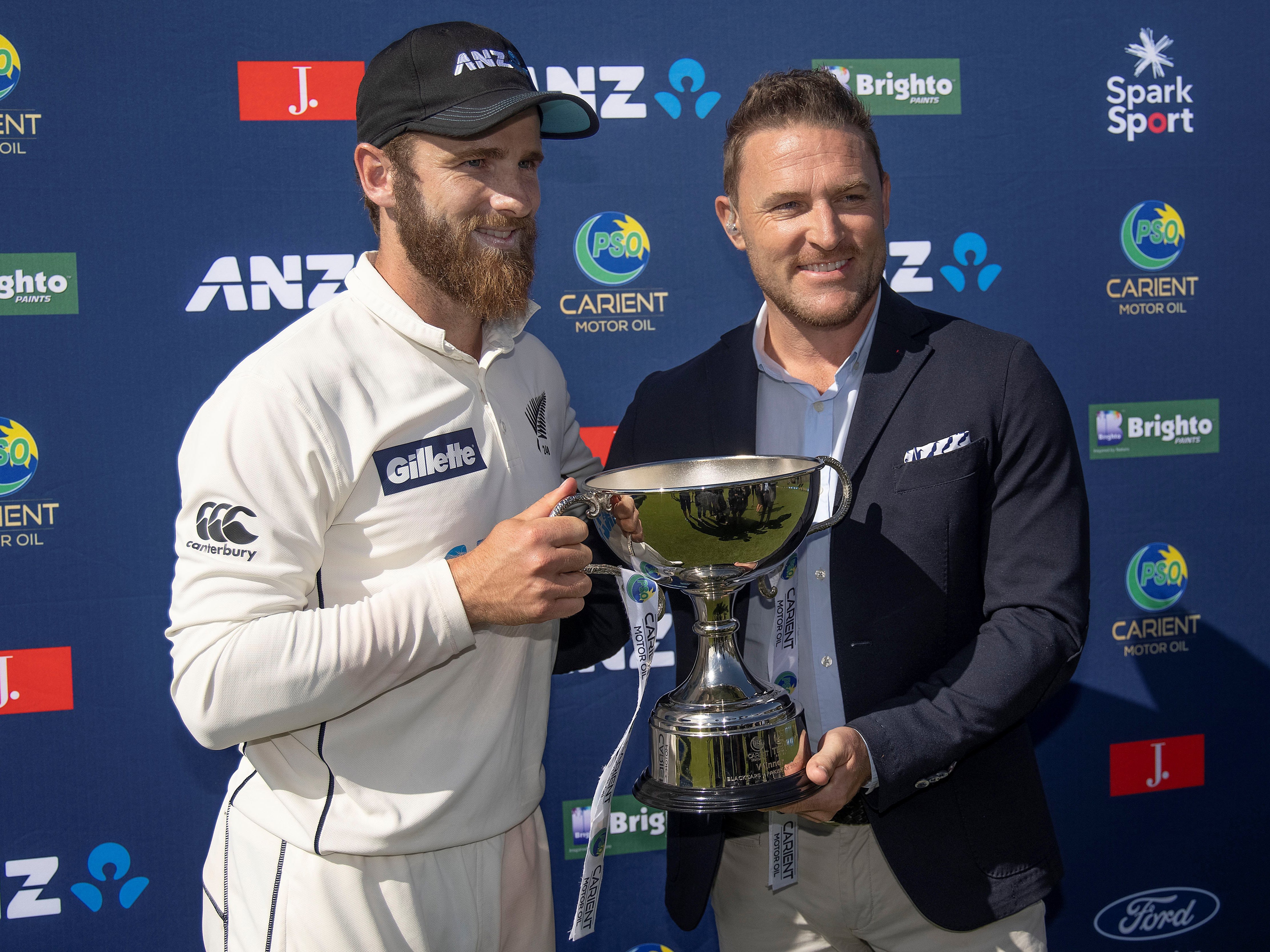 We could probably give him credit for the Test team’s brief upturn in 2015 when they ended the summer as Ashes winners. McCullum’s New Zealand were the first touring side that season at a time when Alastair Cook’s conservative captaincy was under the most scrutiny. Though just two matches, the series was a reminder that English Test cricket could, in fact, be fun, for players as much as spectators. After victory was confirmed in the fourth Test against Australia at Trent Bridge, McCullum sent a congratulatory message to Cook. “Tough times don’t last, tough people do,” he wrote. 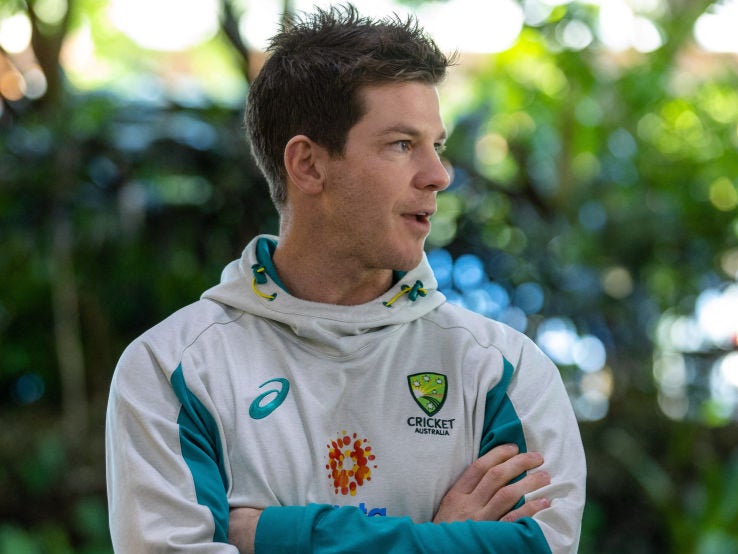 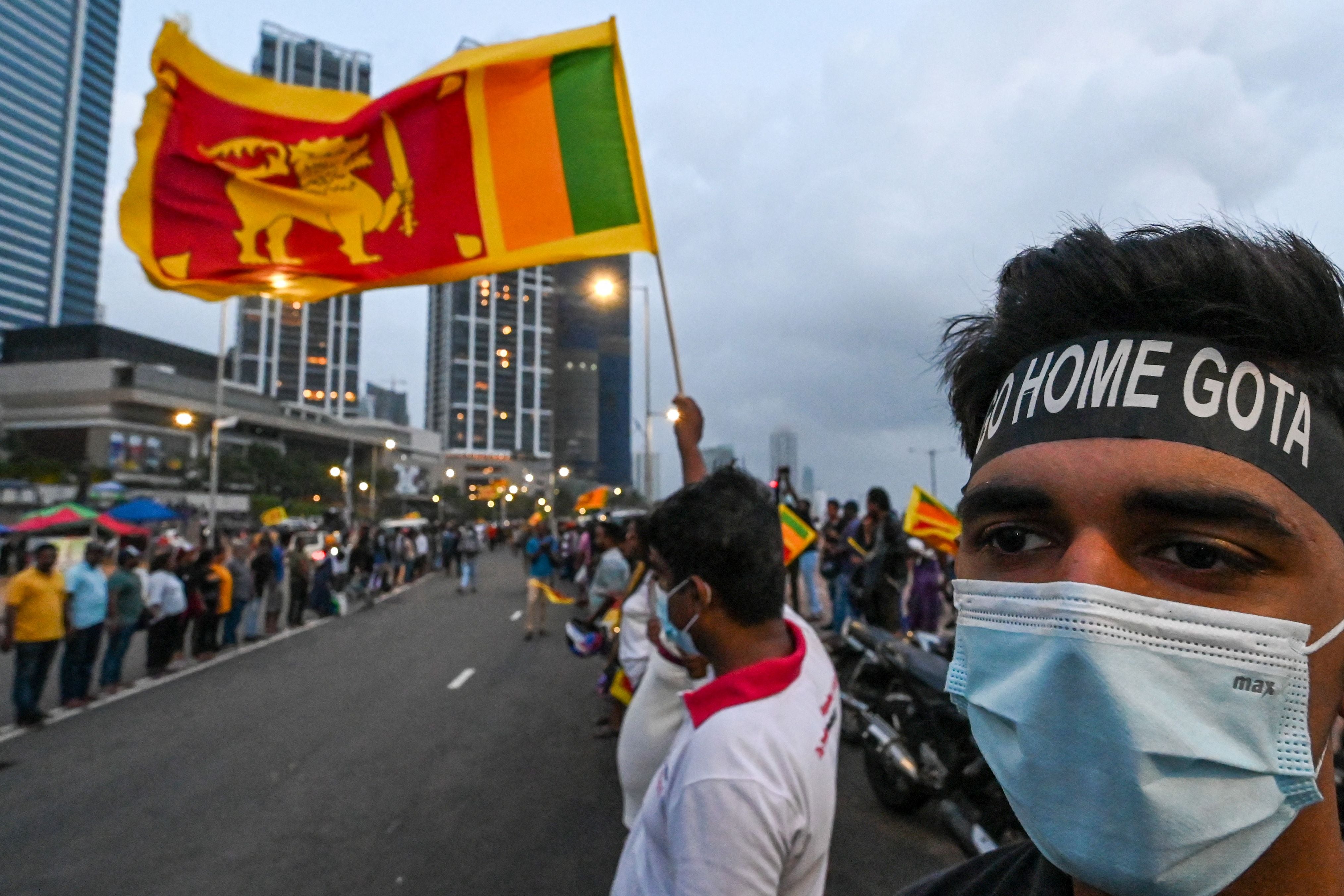 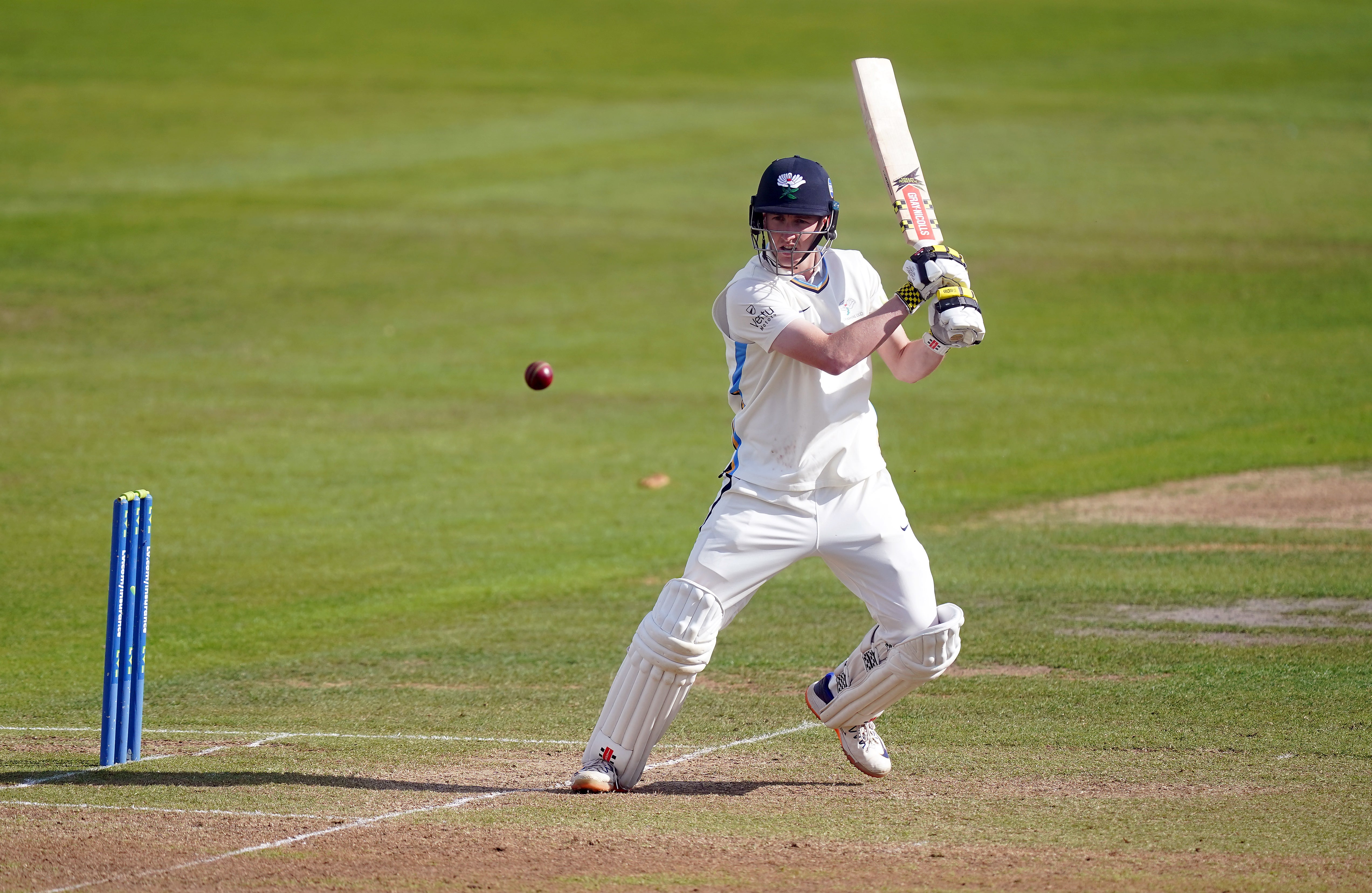 Many of those who called McCullum an opponent that summer are still around now, assuming roles of greater responsibility within the team. Those who have come in since will need no introduction to the man now focussed on arresting a slump of one win in the last 17 Tests. Once the reminiscing and introductions are done, the real work, the work he will be judged harshly for, will begin.

Just as with Key and with Stokes, who knows, really, if McCullum is to succeed at an international coaching role that, as well as being his first, is likely to be his biggest. Like an innings from the man himself, there is a glorious uncertainty to what happens next.