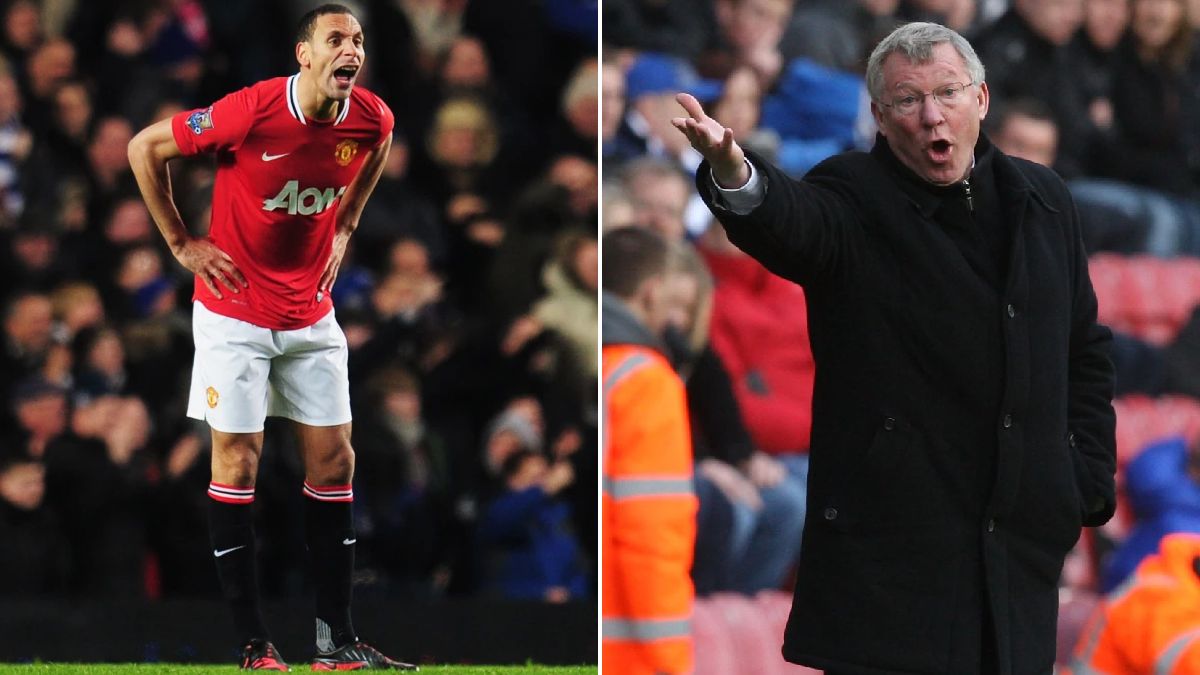 Rio Ferdinand has revealed how Ruud van Nistelrooy was once on the receiving end of Sir Alex Ferguson’s hairdryer treatment following a defeat to rivals Manchester City.

The former Manchester United defender has been discussing his experience of the Manchester rivalry with his first derby not going to plan.

Having signed for the Red Devils in 2002, Ferdinand’s first taste of the Manchester derby a few months later ended in defeat as Shaun Goater netted twice in a 3-1 win for City at Maine Road with Ole Gunnar Solskjaer scoring the only goal for the visitors.

Van Nistelrooy was the Norwegian’s partner up front but fired a blank and was about to endure the wrath of Ferguson upon returning to the dressing room.

Ferdinand recalls he learnt first hand the magnitude of the derby as Ferguson let rip at the Dutchman for swapping shirts with a rival player.

‘We got beat 3-1 at Maine Road with Shaun Goater scoring two goals,’ he said on his YouTube channel.

‘That was the first derby I played and the moment I realised how big it was was in the changing room after.

‘We walked in and the manager shut the door. It was quiet and then all of a sudden he just erupted.

‘Ruud van Nistelrooy, who was the God then, walked in with a City shirt in his hand and I remember Sir Alex Ferguson just absolutely unloaded on him.

‘He destroyed him saying “if I ever see any of you walking with a City shirt ever again you’ll never play for this club.”

‘That’s how he was, he was just mad. That’s when I sat there and thought “this is a big game, isn’t it.”

‘I didn’t realise before that game and ever since then, whether you win more or less, I knew that week leading up to a derby was all or nothing.’