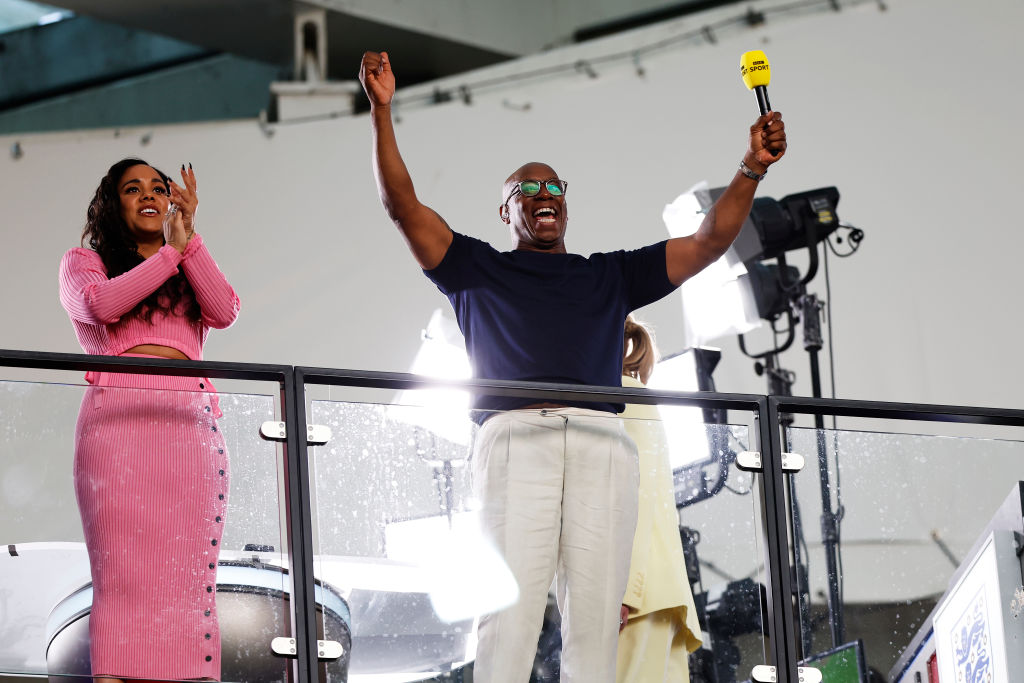 Ian Wright has responded to Alan Sugar’s ‘complete f***ing foolishness’ after the former Tottenham chairman suggested his Twitter complaint got Wright a job commentating on the Women’s Euros.

His moan wasn’t even accurate as Jonathan Pearce has been commentating on the tournament, but when Wright was on commentary for the England vs Norway game on Monday night, he reckoned he had made an impact.

‘I was pleased to see my old mate Ian Wright was given the opportunity to commentate on the ladies game last night,’ Sugar tweeted. ‘I wonder if my earlier tweet below touched a nerve. Of course BBC sport will say not at all, Ian was already lined up for it @IanWright0.’

Of course that was nonsense and Wright has called him out for it in a superb video he posted on Twitter on Tuesday morning.

Wright said: ‘Can everyone please just stop sending me the Alan Sugar tweet. I was taking my daughter to singing lessons and the tweet is blowing up, it’s doing my head in, I can’t believe it.

‘In all seriousness, I’m glad you’re watching and the only thing you can find fault with doesn’t even exist.

‘I sit in rooms with ex-players belittling the women’s game all the time. I’m so glad it annoys you and all of them.

‘I hope you enjoy the rest of the tournament. Can you please tweet again so I can work Friday? Please? God bless.’