Home » Soccer » Would anyone but France pick a striker on trial for blackmail?

What sex scandal! The return of Karim Benzema means France are favourites for the Euros but would any other country pick a striker on trial for blackmailing a team-mate?

How to improve on a World Cup- winning team? Simple. Add one of the best strikers in the world, a serial winner at Real Madrid with a formidable scoring record, and pair him with the best young player in the world.

The return of Benzema from international exile means that no one would seriously dispute France are favourites for the Euros. ‘That will be the team to beat,’ says Patrick Vieira, the Arsenal legend and World Cup winner in 1998 and Euro winner in 2000, the last time France boasted such an array of talent.

Back in 2000, their last Euro win, France had Thierry Henry, Zinedine Zidane and Youri Djorkaeff, with Vieira and current manager Didier Deschamps holding midfield. Now they have Kylian Mbappe, arguably the world’s best young player, with Antoine Griezmann and Benzema, with N’Golo Kante and Paul Pogba in midfield. 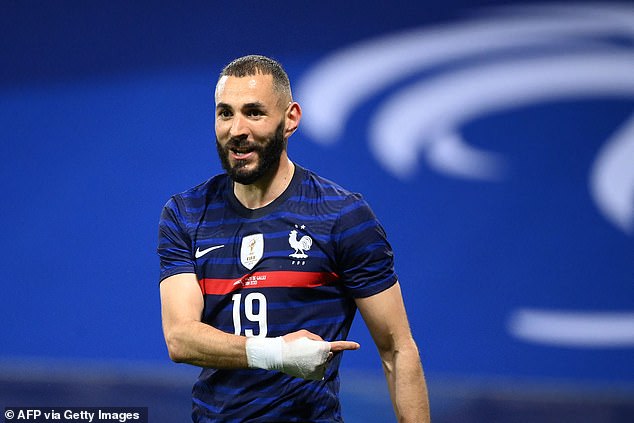 How might the class of 2021 fare against the 1998-2000 team? ‘You know I don’t like to compare generations but I think it would be a really interesting game,’ says Vieira.

‘If anybody wants to win the Euros they have to beat France. With Benzema they’re even stronger. I love this player. I’m really glad he came back because his talent has to be at the top of the competitions. Seeing him wearing again the French jersey makes me really, really happy. 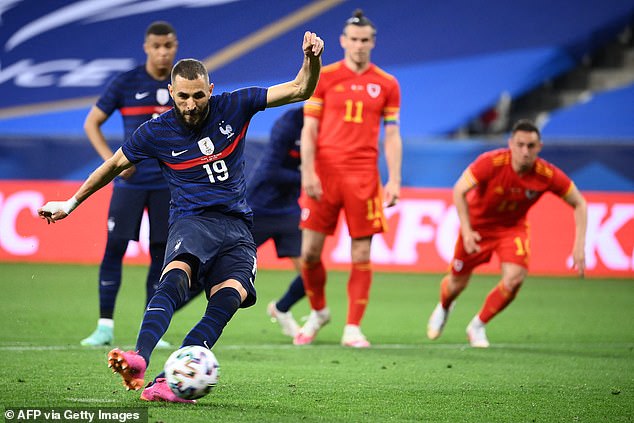 As ever, it’s never quite that simple. France may have the best squad by far but the return of Benzema is an intriguing gamble by Deschamps, given the history between the pair. Undoubtedly he will make France better. On Wednesday night Griezmann played behind a front two of Mbappe and Benzema, who missed a penalty in the 3-0 win over Wales.

Despite that, Deschamps said afterwards: ‘His technical range allows the team to exert more control in the game.’ That, probably unintentionally, sounded like a dig at Chelsea’s Olivier Giroud, who has been the stand-in centre forward ever since a sordid blackmail scandal saw Benzema ejected from the team.

With Giroud and without Benzema, France won the World Cup, so some diplomacy is necessary. ‘Karim isn’t stupid,’ said Deschamps. ‘He knows he’s coming back to a group that’s won titles.’

There is so much history between key personalities, it’s hard to believe all has been forgiven and forgotten. Benzema, when asked to compare himself with Giroud, said: ‘You don’t confuse Formula One with go-karting. And I’m being kind.’ 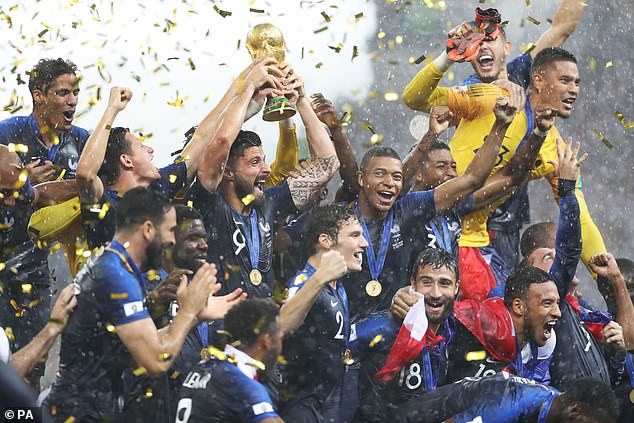 It has been said that Giroud and Benzema will share a dining table during meal times at the France camp this summer.

Benzema also once said that Deschamps had ‘bowed to the pressure of a racist part of France’ by excluding him in 2015. That led to graffiti being daubed on Deschamps’ home, accusing the manager of being a racist.

Only six months ago, when asked about the impact, Deschamps said: ‘It’s a stain. Even if with time it calms down a bit, I can’t forget. It’s not just about Karim Benzema. There are statements by others too that have led to this violent act, which affects my family.’

It all goes back to 2015 when Mathieu Valbuena, a French national team-mate, was approached by Benzema. The striker told his colleague that friends of his had a private sex tape of Valbuena in their possession and that it would be best for him to speak to the gang if he wanted it destroyed. Leaked recordings of phone calls of Benzema speaking to the blackmail gang were both extraordinary and seemingly damning. 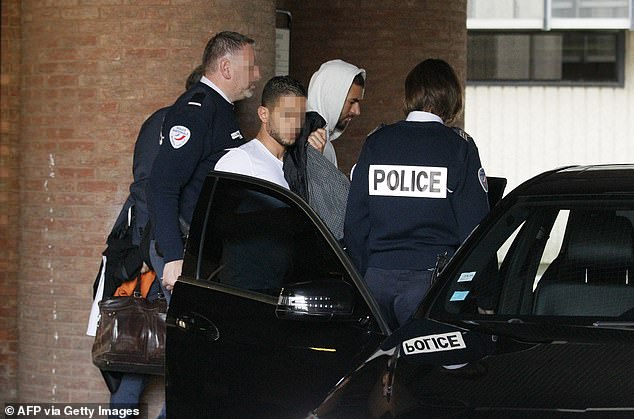 ‘I don’t think he’s taking us seriously,’ Benzema was reported to have said to one of the blackmailers.

Benzema related how he had told Valbuena ‘you can see everything’ in the tape’ and added: ‘Do what you want, if you don’t want to pay it’s your life, but I warned you.’ Valbuena went to the police. Benzema, who goes on trial in October with four others, denies colluding with the gang. Valbuena’s France career ended in 2015.

Under the circumstances it was perhaps understandable that Benzema couldn’t remain part of the squad in 2015. As such, he missed out on their run to the Euro 2016 final, where France lost to Portugal, and their World Cup win in 2018. It is difficult to imagine an England player being recalled if they were about to feature in such a high-profile court case accused of such a serious crime.

But Deschamps has indicated that an extraordinary rapprochement has taken place between manager and striker.

‘I won’t be speaking about our discussion,’ he told French TV station TF1. ‘But it was very, very long: there were a lot of exchanges. You want me to talk about unpleasant things… there is a word, “racist”. ‘Since that day I’m no longer the same. I do not see things in the same way, I have disconnected myself from everything. It was a very violent time. Things have changed. For my side but also from Karim’s.’ 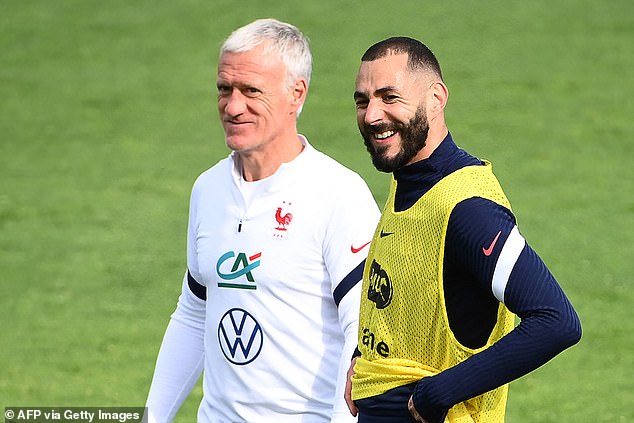 Deschamps admitted there was a mutual benefit. It is undeniable that Benzema, 33, who scored 30 goals for Real last season, will improve the team on paper. And for all their star quality, France’s 1-1 draw with Ukraine and unconvincing 2-0 and 1-0 wins over Kazakhstan and Bosnia in March may have played their part in cooling hotter heads even more than the passage of time.

Should France fulfil their destiny, maybe at that point all will be forgiven and forgotten, court case notwithstanding.