The World Cup qualifiers are now in full flow and Wales, who already have a play-off place guaranteed, could nab themselves a home draw with a positive result in their next two matches.

Meanwhile, defending world champions France find themselves as the latest side who can join the likes of Germany and Brazil in sealing a place at Qatar 2022.

Didier Deschamps’ men need to defeat Kazakhstan in order to book their plane tickets for next December’s tournament, while Saturday’s other fixtures serve up some interesting showdown.

Holland, who currently top Group G, face a tricky trip to Montenegro where they know victory is imperative in order to keep Norway at bay – who are in action against Latvia in Oslo, while Roberto Martinez’ Belgium take on Estonia.

Follow Sportsmail‘s MAX MATHEWS for live World Cup qualifier coverage, including build-up, updates and results with a number of enticing matches taking place across the continent.

Well, far be it from me to say Wales are a one-man team, but…

Gareth B scored two penalties as Wales went into the closing moments at 2-2, before a certain Mr G. Bale scored the winner in stoppage time.

Well, Wales are in a decent spot in Group E – a play-off spot GUARANTEED thanks to their Nations League success.

They now have two home games in Cardiff against Belarus and Belgium to try to secure second place in the group ahead of the Czech Republic.

Second is a seeded spot (i.e. a home tie), which is favourable – and they need four points from these two upcoming games. Three tonight, therefore, would be great.

So three changes for Wales tonight – Bale, back from a hamstring injury and deemed fit enough to start, obviously the biggest one.

Ben Davies and Neco Williams are the others recalled, with Chris Mepham, Sorba Thomas and the suspended Kieffer Moore out.

Big night for Wales too, of course. But individually, a certain Gareth Frank Bale is reaching 100 caps for his country. A remarkable achievement.

Congratulations, Gareth – a century not out! 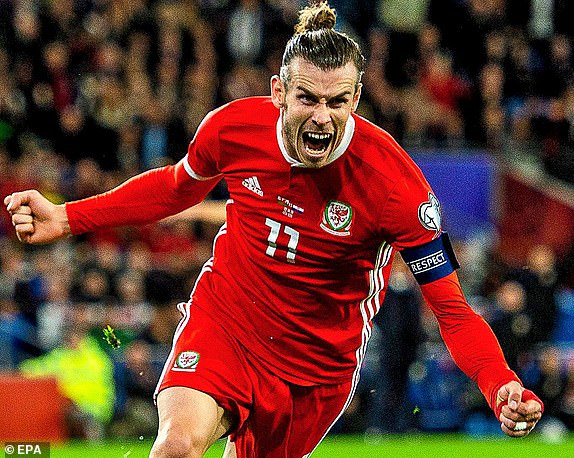 Turkey were the big winners, thrashing Gibraltar 6-0, while Norway could only draw 0-0 with Latvia.

Finland picked up a creditable 3-1 win away against Bosnia and Herzegovina.

Lineups not far away! Stay tuned…

PLUS – as if that wasn’t enough – Belgium v Estonia and Montenegro v Holland. Decent night of football, aye?

Good evening, welcome one and all to tonight’s coverage of tonight’s World Cup qualifiers!

It promises to be a thrilling one…