When Adama Traore was in top form, Wolves could not buy a win. Barely a month later, they head into the international break after back-to-back victories and their most recognisable player cannot get in the team.

The home crowd had demanded the winger be introduced for much of the second half, yet boss Bruno Lage resisted until stoppage time, when Traore replaced Hwang to eat up time as Wolves tried to hang on to their lead. 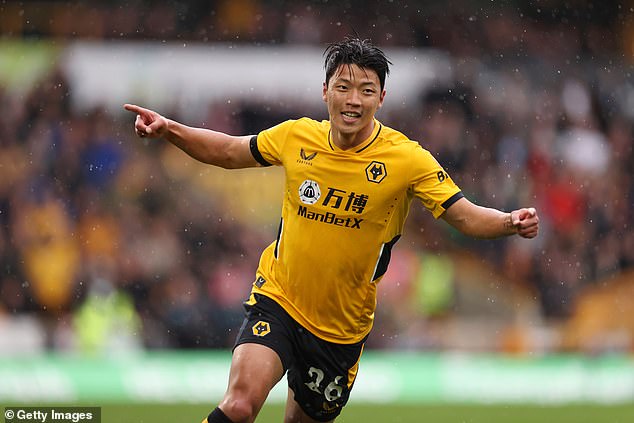 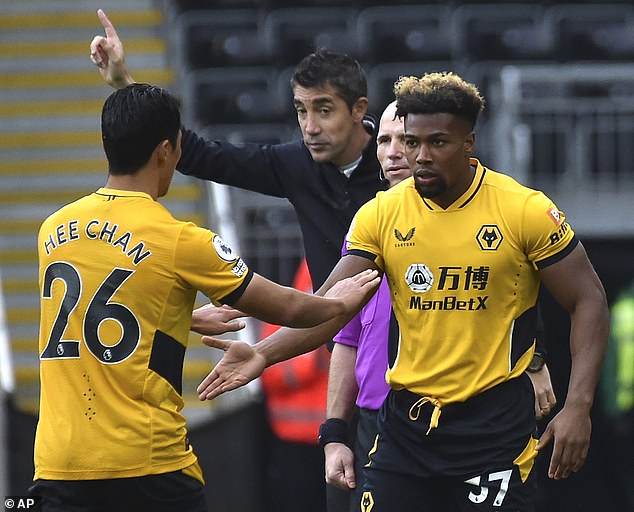 His form is a cause for concern for Adama Traore (right), who came on in stoppage time

Wolves offered Traore a new deal after interest from Tottenham this summer but his priority is to regain his spot.

Lage likes to use Traore on the left of a three-man attack — where Hwang played against Steve Bruce’s team. Where Traore has always struggled to produce the goals and assists to match his spectacular charges with the ball, Hwang produced two superb finishes and would have added an assist had Francisco Trincao not fired against the bar when unmarked eight yards out.

Since joining on loan from RB Leipzig, Hwang has scored three goals and formed an instant understanding with Raul Jimenez. If Traore does force his way back in, Hwang will not be the man to make way.

‘I can choose Adama for another game, it’s not about Adama,’ said Lage. ‘It’s about the players and they need to understand my way of working, but also to understand the men they have in front of them. 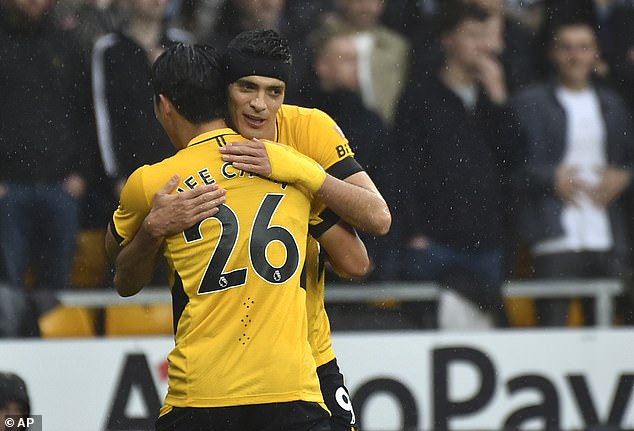 ‘I never lie to them. I’m here to help them but they need to continue to work. It’s our job. Every time, I want to arrive at the game confident and comfortable, not thinking, “Should I have done this or that?” This is football. We don’t have easy decisions.’

Lage’s side just about deserved to win a chaotic match between two flawed teams. Hwang put Wolves ahead in the 20th minute and, after Trincao’s astonishing miss, substitute Jeff Hendrick equalised five minutes after replacing the injured Joe Willock.

Newcastle improved briefly but had no answer to Hwang’s second goal just before the hour mark. Willock is to have a scan on a hip injury this week — another problem for the under-pressure Bruce, whose team are still searching for their first league win and have collected only three points from their opening seven matches.

The Magpies’ home game against Tottenham after the international break will be Bruce’s 1,000th as a manager. Defeat would place him under even greater scrutiny.