Brazil superstar Willian has sealed an emotional homecoming to his boyhood club Corinthians and marked the occasion with a tear-jerking moment with his father.

Willian jetted back into his native country this week after agreeing terms ahead of transfer deadline day.

The 33-year-old had agreed to tear up his Arsenal contract and essentially write off £20million of wages which he would have been owed by the Gunners during the long-term deal, in order to go back to the club where it all began. 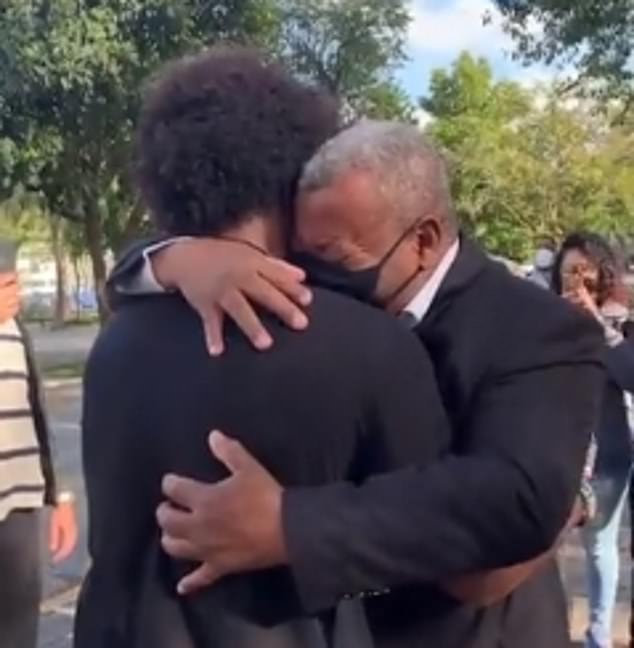 Touching down in his local neighbourhood, Willian was reunited with his father Severino Vieira da Silva, who he had not seen for some time.

The Covid-19 pandemic has meant long haul travel between Europe and South America has been difficult, and the strain was clearly visible as Willian was pulled into a huge embrace by his dad, who was fighting back the tears.

Large crowds had turned out to witness Willian’s return, with the heartfelt moment being captured on camera as a result. 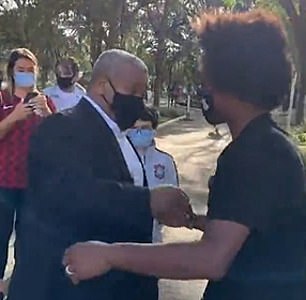 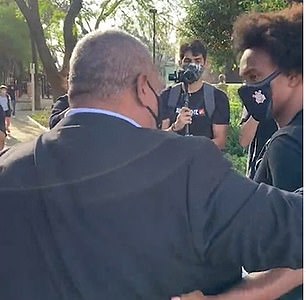 Willian’s father later uploaded footage of himself to social media platform Instagram, in which he further delighted in his son’s return.

‘The time has come! welcome my son,’ he wrote in a caption, with the post being viewed over 13,000 times.

Later in the day Corinthians uploaded a video of Willian to their official channel, in which the winger could be seen talking directly to the camera and telling supporters he could not wait to pull on the famous shirt once again.

Arsenal had been actively looking to offload Willian after it became apparent last season that his switch from London rivals Chelsea had not worked out.

His Gunners wages – believed to be more than £220,000 per week – had proved to be an obvious stumbling point in negotiations with interested parties. 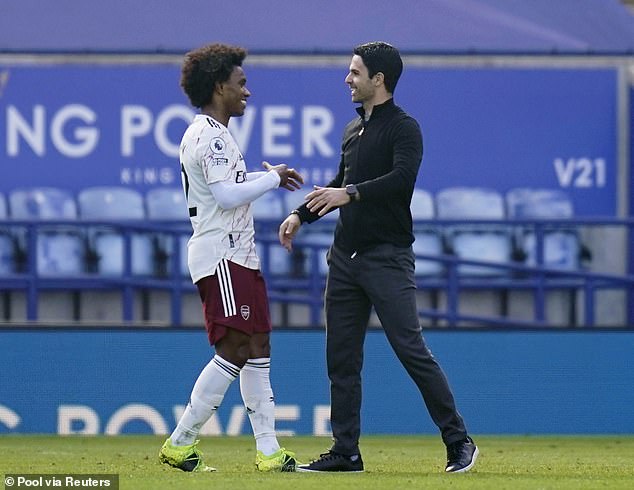 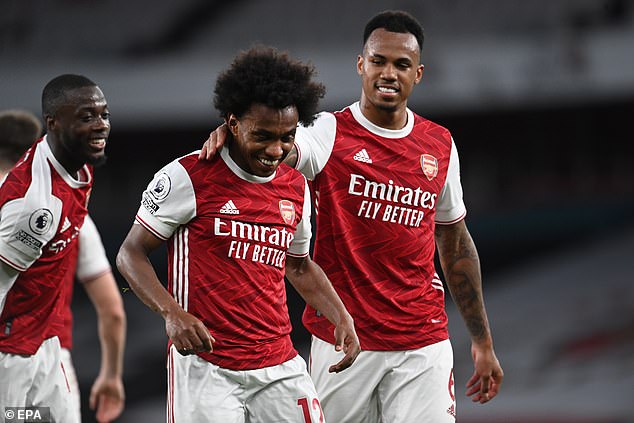 It is understood that Willian has accepted a sizeable weekly paycut to seal his move to Corinthians, along with passing up the remaining total of his Arsenal deal.

In a club statement, Arsenal said on Monday: ‘We have reached a mutual agreement with Willian to terminate his contract effective from today.

‘The Brazil international joined us from Chelsea last August and made 38 appearances during the 2020/21 campaign.

‘He had two more years to run on his contract but following positive and constructive recent discussions with him and his team, he will be leaving for a new opportunity with Corinthians in Brazil, where he began his career.’

Willian has signed a two-year deal with Corinthians and will feature for his boyhood side until he is 35.