Liverpool players could have been accused of freezing during their 3-1 Champions League defeat by Real Madrid.

But no players it seems would have been more guilty of the term in a literal sense than midfielder Georgino Wijnaldum during the first leg quarter-final at the Alfredo Di Stefano Stadium.

Mohamed Salah had pulled a goal back for the Reds after they fell 2-0 down in the first half following goals from Vinicius Junior and Marco Asensio. 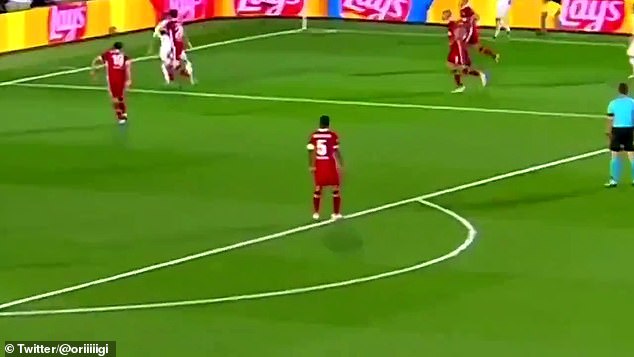 But Vinicius struck again in the 65th minute after sweeping home a low pass played into the box by Luka Modric.

Yet supporters were quick to raise awareness over Wijnaldum’s positioning during the attack, with the midfielder rooted to the edge of the box while the Spanish side slickly worked their way through the Reds’ backline.

On social media, one supporter compared him to a mannequin before stating they had never seen such still defending. 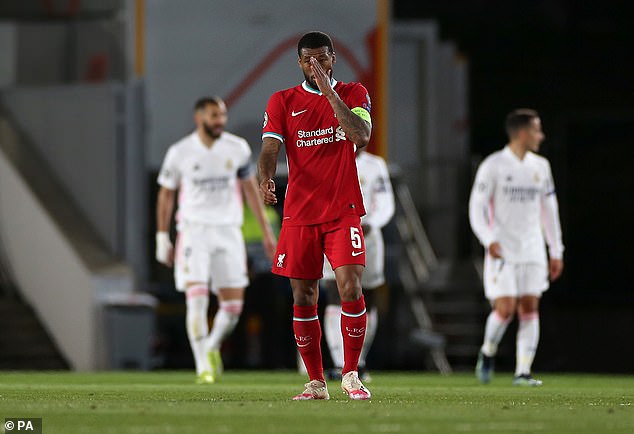 ‘Wijnaldum wins the Mannequin Challenge,’ they said. ‘I’ve never seen something like that before. Imagine your captain — in a Champions League quarter final against Real Madrid no less — standing as still as humanely possible on the edge of your box while the opposition score. My head is hot.’

Another supporter jokingly compared Wijnaldum to being like a computer game player when the console controls disconnect, saying: ‘Did Wijnaldum’s controller disconnect or something?’

Other fans though offered to defend Wijnaldum by saying he was perfectly placed on the edge of the box to prevent a pass out to Casemiro. 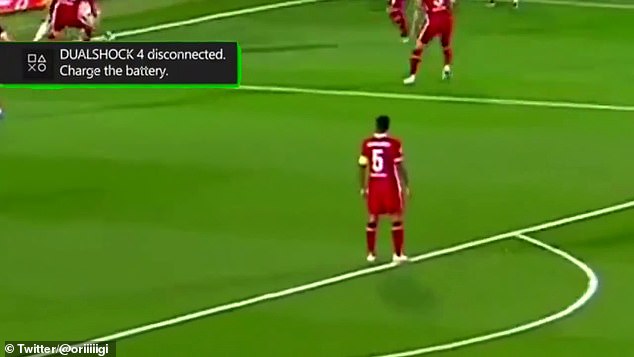 ‘Number 14 was a threat at the top of the area. His positioning eliminated that pass happening. The other option was used. He can’t cover both.’

The 30-year-old is out of contract at the end of the season and is at a stalemate with the Reds over signing a new deal.

But one fan accused the midfielder of lacking effort following the goal and claims Liverpool should stop selecting him if he continues to play the same way.

‘I have defended him a lot and still want him to sign the contract but if he has no intentions, he can stop playing for now. Don’t want players who don’t put in the effort. And Gini doesn’t have much in his locker apart from the effort.’