There are days like this when Ederson could quite easily take a nap in the back of his net without the slightest danger of conceding a goal.

Days when Manchester City are so dominant, particularly against opponents as unambitious as Wolves, that a goalkeeper feels like an optional extra.

It makes sense that Ederson’s back-to-back Golden Glove awards owe something to the fact that he plays in a team that gives up very few chances. He has only had to make 21 saves this season. 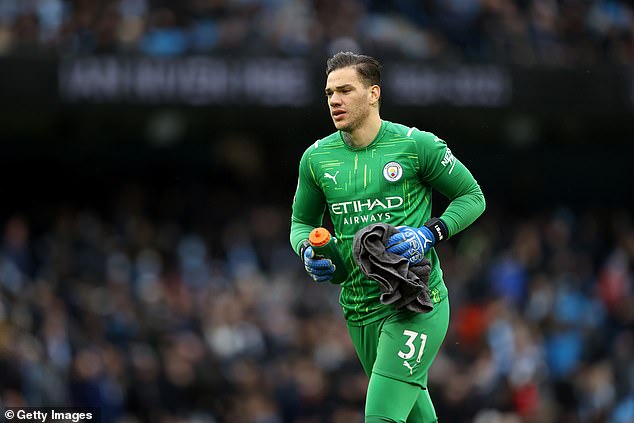 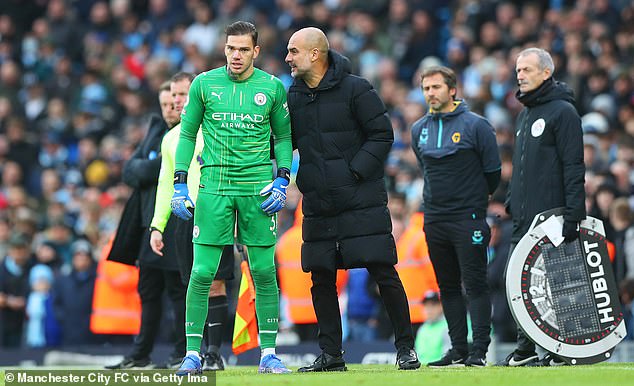 But that in itself requires a gift. Like any great goalkeeper in any great team, its the ability to stay switched on when it would be easy to switch off.

That was certainly the case on Saturday when 90 minutes and nearly two more of added time had elapsed without the Brazilian facing a shot in anger.

Almost out of the blue, Daniel Podence’s cross picked out the bandaged head of Max Kilman to produce their only attempt on target, and Ederson’s reflex save kept City top of the Premier League.

It makes his 100th clean sheet for City just as significant as Raheem Sterling’s 100th Premier League goal that secured a hard-fought and rather fortuitous win for Pep Guardiola’s side. 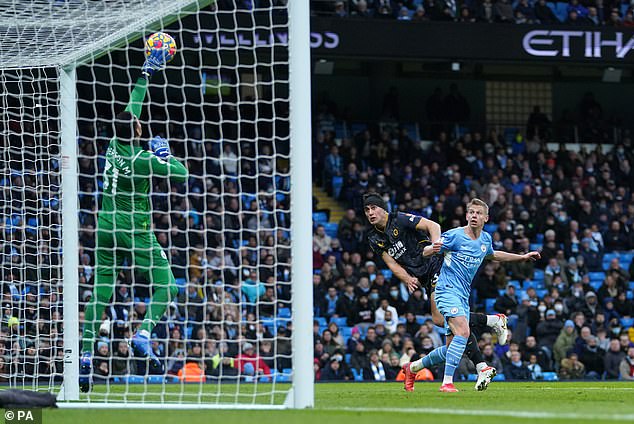 It’s easy to forget that Guardiola’s first task when taking over at City in 2016 was to find a goalkeeper comfortable with the ball at his feet to anchor City’s possession-based game.

Out went Joe Hart and in came Claudio Bravo, a well-intentioned move that didn’t have the desired effect. A year later, City spent £35million on Ederson and haven’t looked back since.

He has conceded just 161 goals in 212 league games, the equivalent of one every 117.7 minutes, so the century of shutouts was always just around the corner.

‘It’s a difficult milestone to achieve, especially in the Premier League — the most competitive championship in the world,’ said Ederson. 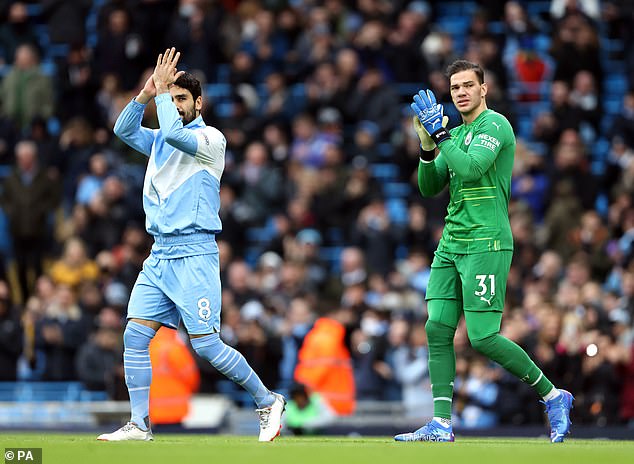 ‘There is a lot of work behind it, a lot of dedication — not only mine, but from my team-mates as well.’

Jose Sa was the busier of the two goalkeepers by some distance, and he saved Wolves from a considerably heavier defeat.

But the game hinged on two decisions by referee Jon Moss that led to Raul Jimenez’s dismissal in the first half and City winning a penalty in the second.

Jimenez’s first booking for a foul on Rodri seemed harsh. ‘Crazy decision,’ moaned his manager Bruno Lage. Not half as crazy, though, as Jimenez picking up a more deserved yellow card 38 seconds later for encroaching on Rodri’s free-kick. 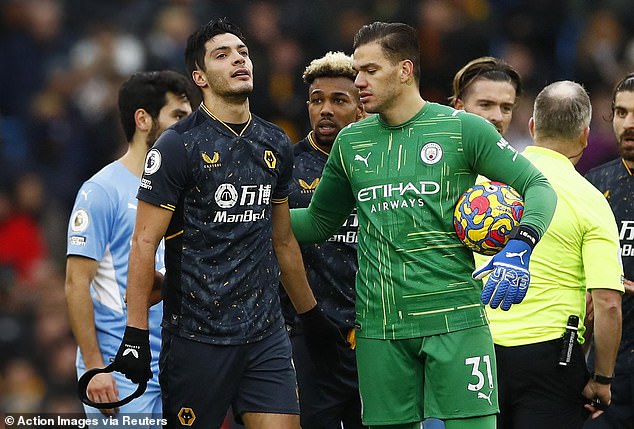 Wolves coped well with that setback but were understandably incensed after Moss pointed to the spot when Bernardo Silva’s cross appeared to hit Joao Moutinho somewhere between his armpit and back.

VAR inexplicably decided not to intervene, and Sterling brought up his century of goals to give City a sixth straight league win.

Guardiola is expecting Leeds to be more adventurous at the Etihad tomorrow. ‘Against Leeds, it will be completely different,’ he said. ‘It’s so difficult to play against a team like this (Wolves) who don’t want to play.’

Lage shrugged off Guardiola’s criticism. ‘He has that opinion about us and I don’t really care,’ said the Wolves boss.