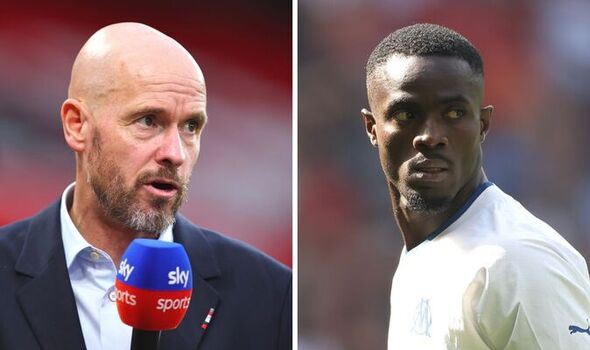 Erik ten Hag told Eric Bailly that he was keen to share out the minutes this season at Manchester United before the Ivorian would later join Marseille on loan. The former Villarreal defender has had a difficult time at Old Trafford in the past few years – despite signing a new contract – having fallen down the pecking order.

Yet Bailly is now at the stage of his career where he wants to play regularly and in order to fulfil his ambitions, a move elsewhere was required.

However, it has now emerged that new boss Ten Hag tried to keep Bailly at the club when he first arrived through the doors at Old Trafford.

Bailly told The Times: “I met Erik ten Hag in the dressing room at the end of last season when he went to sign his contract.

“I was packing my things because my intention was to leave, but he told me he wanted me to stay because he was going to give minutes to everyone. 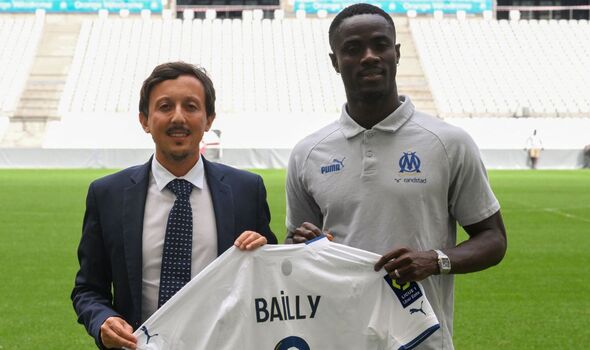 “I agreed to do the summer tour with Manchester United and he kept his word, but I don’t want to play every now and then. I want to do it every week and feel important. I want to get my confidence back.”

Bailly had been first choice during Jose Mourinho’s time at the club before the arrival of Harry Maguire saw him lose his place in the starting XI.

During the window, Bailly finally secured a move elsewhere when he joined Marseille on an initial loan deal.

The 28-year-old’s switch will become permanent if certain clauses are met – including appearances this season in Ligue 1.

Marseille have not yet conceded a goal with Bailly in the side, keeping clean sheets in wins over Nice and Clermont.

Bailly has since been dropped to the bench and was an unused sub in the 2-0 win over Auxerre.

The no-nonsense central defender did not hold back when discussing his time at United – sensationally claiming English players are favoured at the club.

“The club should avoid favouring English players and give everyone a chance,” he added.

“[The club should] encourage competition in the dressing room, not just look out for some. I’ve always had the feeling that the national player was prioritised.

“That doesn’t happen at Chelsea or other big Premier League clubs. Some people take it for granted that they are going to start, and that weakens the team.

“Luckily [Erik] Ten Hag has a lot of character and I hope he can change that dynamic.”