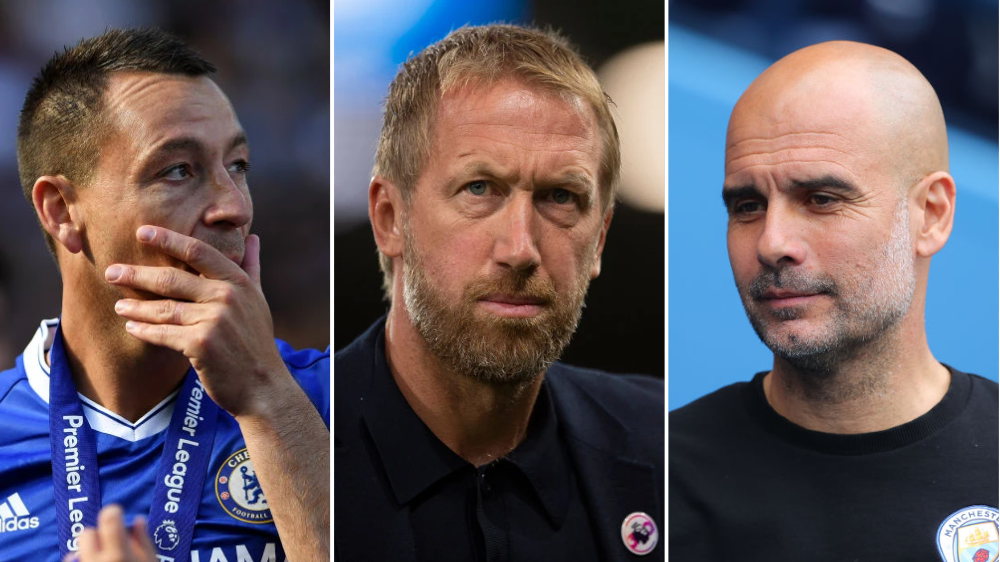 Chelsea have appointed Graham Potter as their new manager, with John Terry and Pep Guardiola already delivering their takes on Thomas Tuchel’s replacement.

The 47-year-old’s appointment comes less than 48 hours after Tuchel was sacked following a disappointing start to the season.

Chelsea have only won half of their Premier League matches this season and lost their opening Champions League game on Tuesday night.

Despite the team’s recent struggles, Tuchel guided Chelsea to three trophies – including the Champions League – after succeeding Frank Lampard in the Stamford Bridge hot-seat in January 2021.

Potter takes over a Chelsea side who are sixth in the Premier League, three points behind his former club Brighton in fourth.

The English coach has been praised for the job he had done at Brighton, with both Chelsea legend Terry and Manchester City manager Guardiola huge admirers of Potter.

Speaking about Potter last season, Guardiola said: ‘Brighton are a joy to watch, a joy to analyse. At the same time, when you see them you are concerned about their quality.

‘We [Man City] will need to be at the highest standards and level to compete against them. I’m absolutely a big fan of Graham Potter.

‘Everyone plays in their positions, the ball comes to the positions, players move with freedom and everyone knows what they have to do. They have the courage to play everywhere.’

Terry, meanwhile, heaped praise on Potter earlier in the season, writing on social media: ‘How good is Graham Potter? I love how Brighton play and he has to be one of the best young managers around. Ticks every box for me.’