Michail Antonio is West Ham’s only recognised forward available ahead of the visit of West Brom, who could be boosted by the return of Sam Johnstone; follow West Ham vs West Brom on Sky Sports website and app; watch free match highlights shortly after full-time 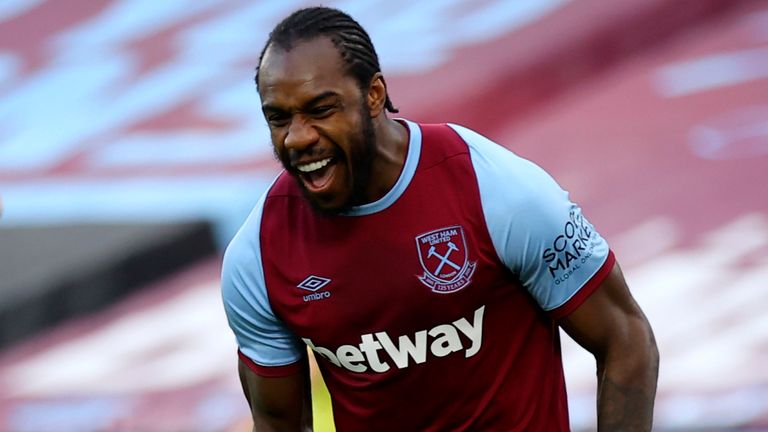 Team news and stats ahead of West Ham vs West Brom in the Premier League on Tuesday; kick-off 6pm.

West Ham‘s attack will be spearheaded by Michail Antonio against West Brom.

The 30-year-old faces his third game in eight days, despite only just returning from a hamstring injury, as he is the club’s only recognised forward.

Sam Johnstone may return for West Brom after being sidelined with coronavirus.

The goalkeeper missed Saturday’s 3-2 derby win at Wolves as he continued to feel the after effects having trained on Friday.

Conor Gallagher is available again after he served a one-match suspension but Karlan Grant (foot), Grady Diangana (hamstring) and Conor Townsend (knee) are sidelined while Matt Phillips (coronavirus) could also remain out.

Follow West Ham vs West Brom in our dedicated live match blog. Highlights will also be published on the Sky Sports digital platforms and the Sky Sports Football YouTube channel shortly after the final whistle.