West Ham unveil statue of legends Bobby Moore, Martin Peters and Geoff Hurst as David Moyes and Co look to follow in their footsteps by winning the Europa League

West Ham’s three favourite sons Bobby Moore, Sir Geoff Hurst and Martin Peters have been immortalised in bronze with the club unveiling their 1965 European Cup Winners’ Cup statue outside of the London Stadium on Wednesday.

Declan Rice, Mark Noble and manager David Moyes were in attendance to see the sculpture’s reveal, along with Hurst, Moore’s daughter Roberta and Peters’ widow Kathy.

West Ham director Karren Brady delivered a speech in which she also revealed that Peters had been laid to rest in the foundations of the statue, adding this is a ‘permanent, glorious reminder of our very best’. 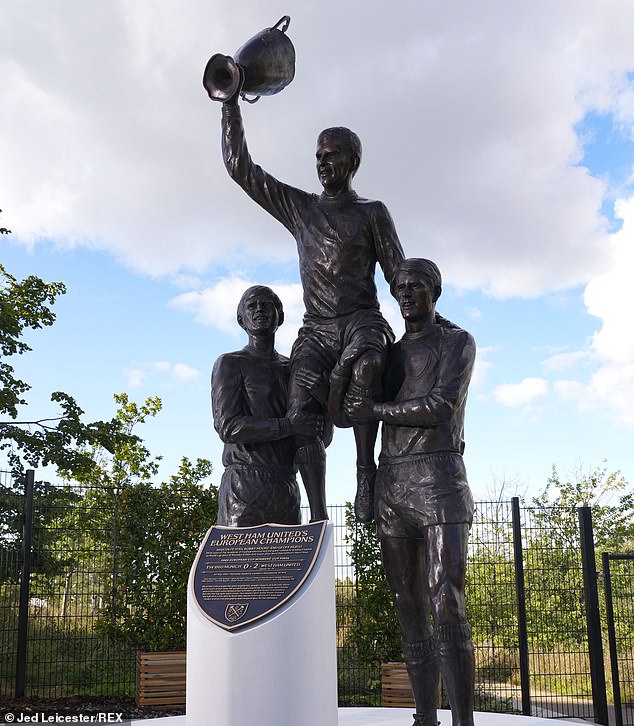 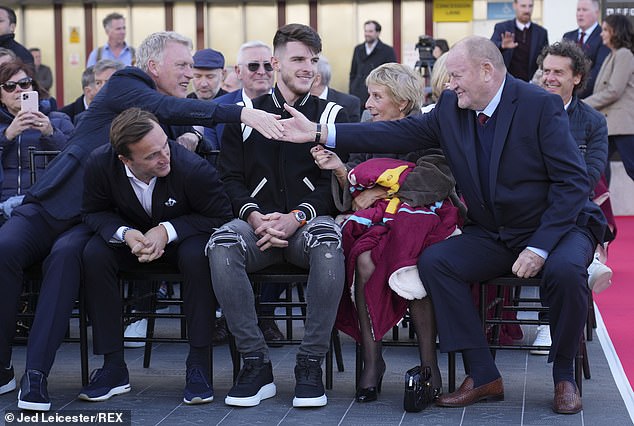 David Moyes, Mark Noble and Declan Rice were in attendance at the unveiling on Wednesday

Supporters will get to see the lifesize-and-a-quarter statue for the first time on Thursday evening, when West Ham host Rapid Vienna in their Europa League Group H fixture.

The detail in the statue was extraordinary. Hurst revealed how, during multiple consultations with sculptors, they even ensured Peters was wearing shinpads while he and Moore weren’t, because that was the norm when they were playing.

With West Ham in the Europa League on Thursday, Hurst said: ‘The timing is absolutely fantastic. It’s quite emotion.’

Turning to Rice, Noble and Moyes, who were sat in the front row, he added: ‘Win it like we did. Do it again boys. Do it again.’ 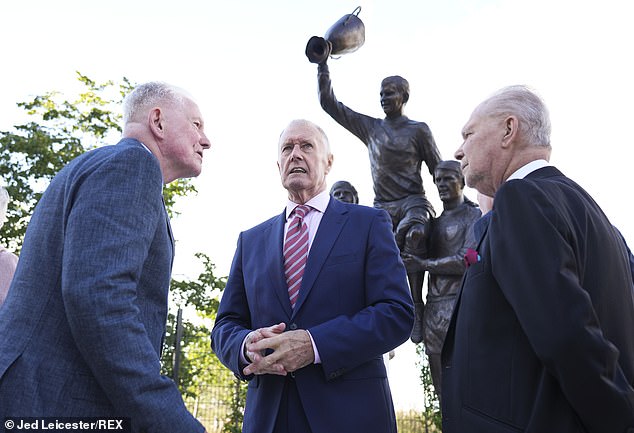 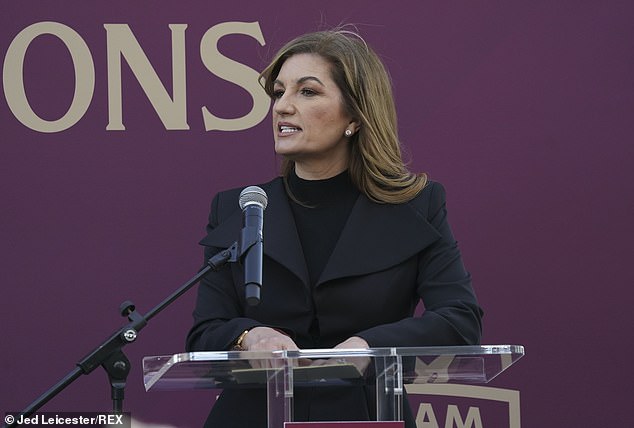 Moore, Hurst and Peters all came through the club’s academy.

The original 1966 World Cup champions’ statue, showing Moore, Hurst, Peters and Ray Wilson, will remain at the junction of Barking Road and Green Street, by the club’s former home at the Boleyn Ground.

Brady added: ‘We’re preparing to welcome European football back this week. The timing could not be any better.’