West Ham have their own transfer theory over Said Benrahma, who they have a £30m agreement in place with Brentford. However, a move could collapse after complications emerged over a prospective deal.

West Ham have their own feelings over what will happen over the prospective transfer of Berahma.

The Hammers have a £25m offer, with £5m in add-ons, accepted and Brentford are happy to see one of their most important players leave for the Premier League.

Or at least that was the case, up until earlier this week when complications arose over the deal.

It is not believed that this is on West Ham’s behalf, rather an issue between the player and Brentford – but nevertheless, it has threatened the move being called off.

JUST IN: Exciting Payet claim made as West Ham close in on £30m Benrahma deal 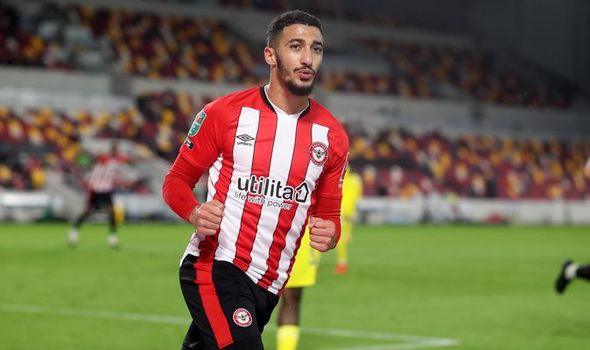 David Moyes is desperate to improve his attack after losing Grady Diangana and Felipe Anderson.

But the Scotsman has yet to agree terms with Benrahma, which could further hold up a deal.

The EFL transfer window is still open until Friday, meaning the Hammer are running out of time.

However, the Guardian report that club chiefs are still confident that a transfer will be confirmed before the market shuts.

West Ham are anxious to bring in new players after fan uproar after the departure of young talent and academy product Diangana.

Anderson was allowed to leave on loan to Porto after failing to live up to expectations, scoring just one Premier League goal last season.

If a deal is not pulled off for Benrahma, the Guardian reports that they will revive their efforts to sign Josh King from Bournemouth. 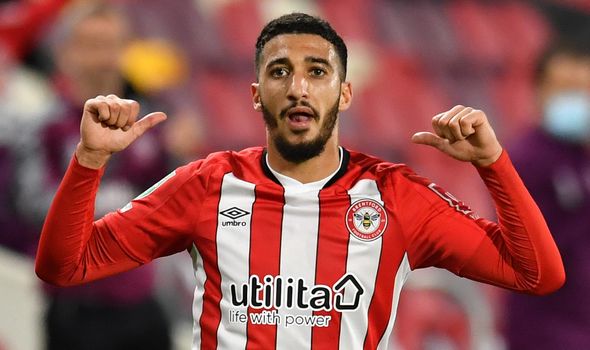 The Cherries rejected a £13m bid from them last week as Moyes scours the bargain bin – though he has improved the one position he was desperate to complete.

Experienced defender Craig Dawson has signed on loan from Watford – a position the ex-Manchester United boss has been looking to bolster all summer.

Benrahma has had a number of clubs interested in his situation, including Crystal Palace, Brighton and Aston Villa.

But ultimately, West Ham were the only ones prepared to fork out Brentford’s asking price – £30m.

The Algerian represents a real coup for the east London outfit, with Chelsea and Arsenal also eyeing a potential move at one point this summer.

Benrahma is a tricky customer for defenders and has an explosive combination of pace and skill that has left Championship backlines bamboozled.

Brentford narrowly missed out on promotion to the Premier League last season with him as one of their top attackers – scoring 17 times.

The Bees have faced a battle keeping hold of most of their squad, with Ollie Watkins already leaving for Aston Villa.

Rico Henry, Bryan Mbeumo and David Raya have also been linked with moves away from Griffin Park.