Home » Soccer » West Ham enquire about Torino's Ola Aina, but are yet to launch a bid

West Ham have made an enquiry for former Chelsea defender Ola Aina, but have yet to make a bid despite reports in Italy.

Aina was born in Southwark, London, but chose to represent Nigeria on the international stage after appearances for England at the under-16 to under-20 levels.

The wing-back came through the Chelsea youth system, and played six times for the Blues under Antonio Conte in 2016-17. He was then loaned out to Hull City in 2017, and Torino the following year. 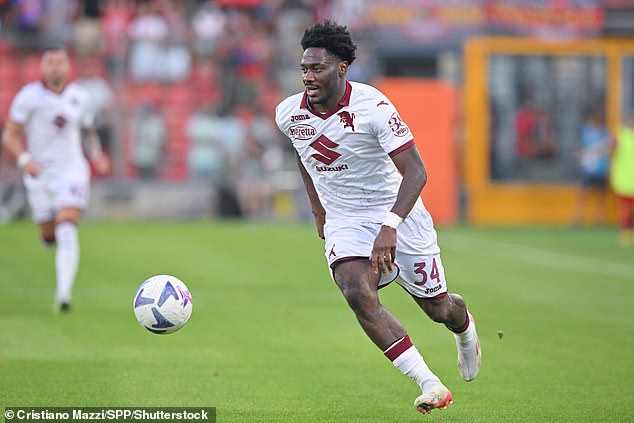 Ola Aina is currently with Torino, but the London-born wing-back could return to his home city

After a successful spell, he joined the Italian club permanently in 2019, and it is where Aina currently plays.

For the 2020-21 season, he was on loan at Premier League Fulham, making 31 appearances for them, before returning to Torino.

Now it seems Aina could be coming back to his hometown, with West Ham reportedly interested, but reports that the Hammers have made a bid for the 25-year-old appear to be premature. 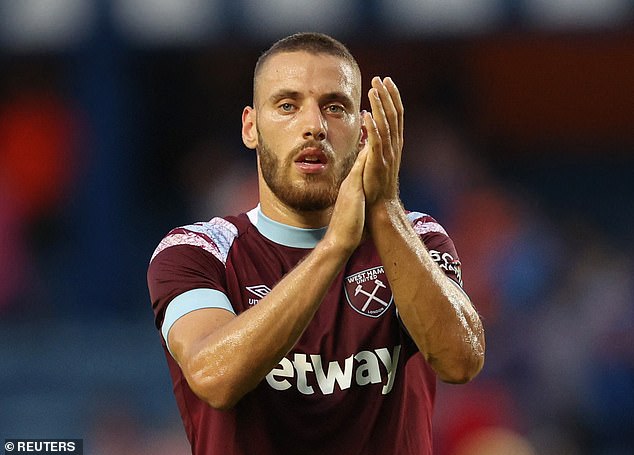 Earlier this summer, Croatia’s Nikola Vlasic joined Torino on loan after one year with West Ham

West Ham’s defensive line is in need of reinforcements, with only one win in their opening four league fixtures, and David Moyes could potentially utilise Aina at wing-back with a packed schedule of UEFA Conference League fixtures to consider too.

Torino play on Thursday night away at Atalanta. Ahead of that fixture, the side sit eighth in the Serie A table, having played three league games so far.

Aina played the first 56 minutes of Torino’s previous match, a 2-1 win at newly promoted Cremonese on Saturday, before being replaced.

Earlier in the transfer window,  West Ham’s Nikola Vlasic joined Torino on loan, just one year after the Hammers brought him for £35m from CSKA Moscow.