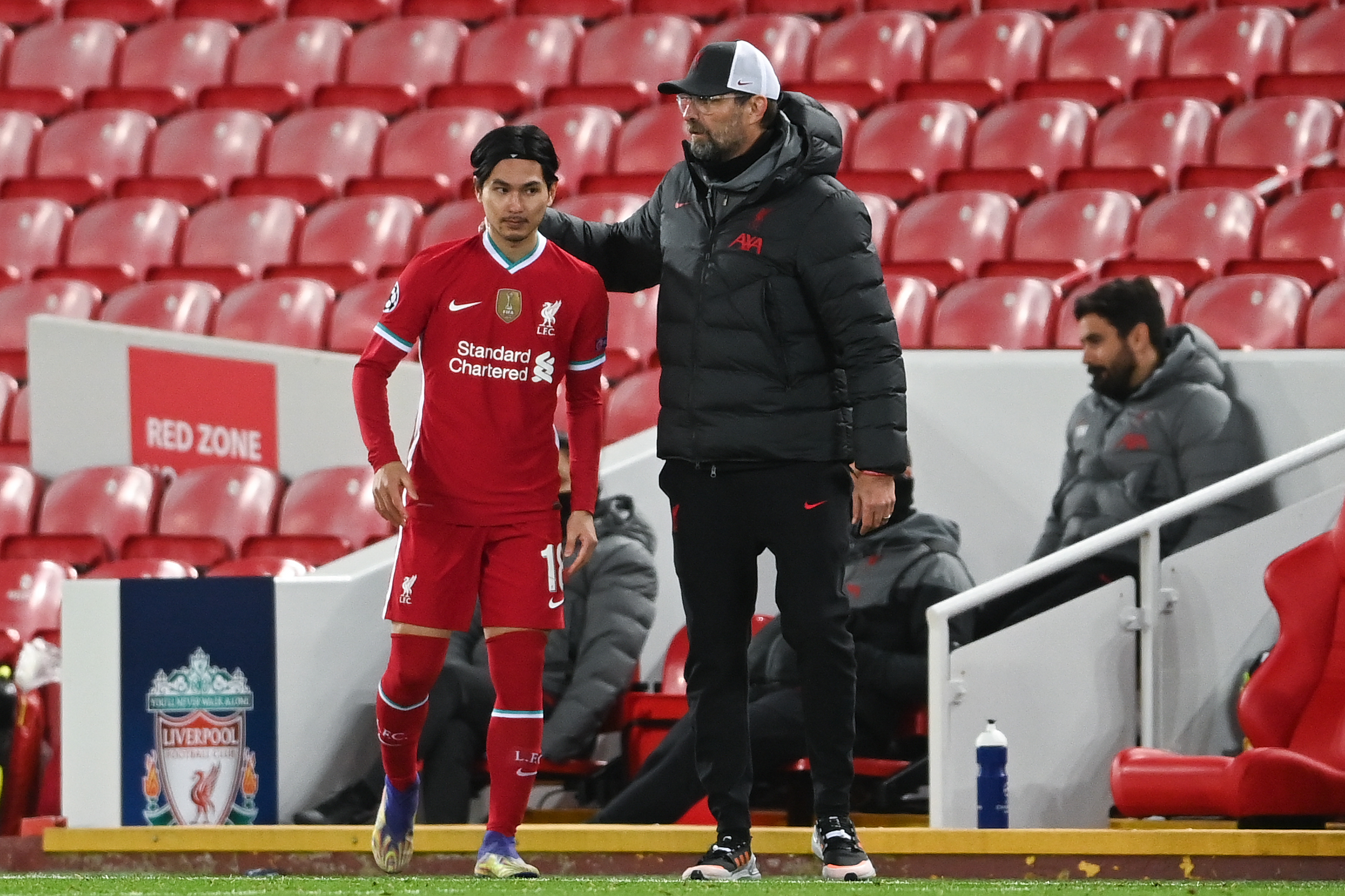 The Senegalese and Egyptian stars are currently away with their countries for the duration of the Africa Cup of Nations leaving the Reds short of options in attack.

With Divock Origi out injured, Roberto Firmino, Diogo Jota and Minamino, who has only just returned from injury himself, will need to step up.

The Japan international has scored five goals this season but only one of them has come in the league.

Minamino returned to action in Sunday’s 4-1 FA Cup third round win over Shrewsbury Town and Klopp knows the 26-year-old can become a key player in the coming weeks.

‘Taki was injured. Nothing serious but serious enough that he couldn’t play,’ Klopp said.

‘But he is back and very important for us, very, very important – especially when we have a lot of games coming up and we know that two of our main guys up front are not here.

‘It’s good. I liked Taki a lot when he came on (as a substitute). He’s actually in a really good shape but, of course, the injury interrupted it slightly.

‘But now he’s back, it’s good and we need him desperately.’

Liverpool are next back in action on Thursday when they host Arsenal in the first leg of their EFL Cup semi-final.