Like father, like son! Wayne Rooney’s son Kai finishes the season with a staggering 56 goals and 28 assists for Man United’s under-12s… including four against Liverpool, a stunner against Man City and all while linking up with Cristiano Ronaldo Jr

Wayne Rooney could face losing his Manchester United scoring record – to his own son.

The 36-year-old, now manager of Derby, found the net 253 times in 559 games for United, more than anyone else in the club’s history.

But the goalscoring touch clearly runs in the family, as his 12-year-old son Kai has revealed his own numbers for United’s academy last season. 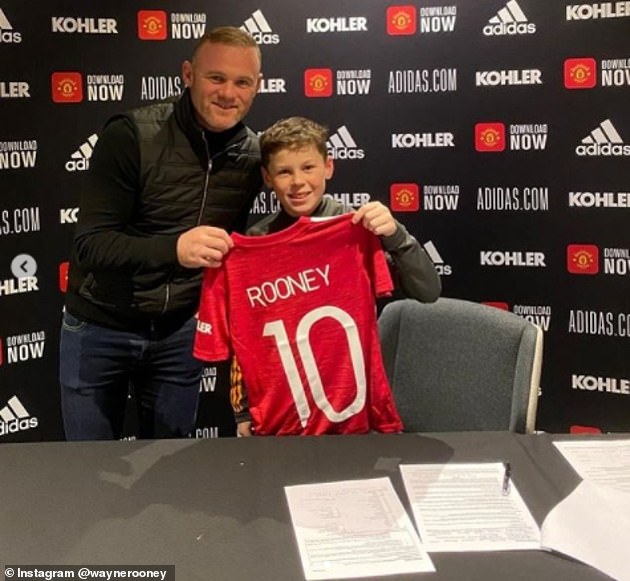 The youngster contributed a staggering 56 goals and 28 assists for the under-12 side, highlighting the potential he has to follow in his father’s footsteps.

‘I’m a proud dad,’ Rooney Sr said when his eldest son joined United. ‘He’s been working hard. He obviously came over to the States with us to continue with his football.

‘He went on trial with Manchester United and he’s impressed the coaches. He signed his forms yesterday so I’m delighted for him. 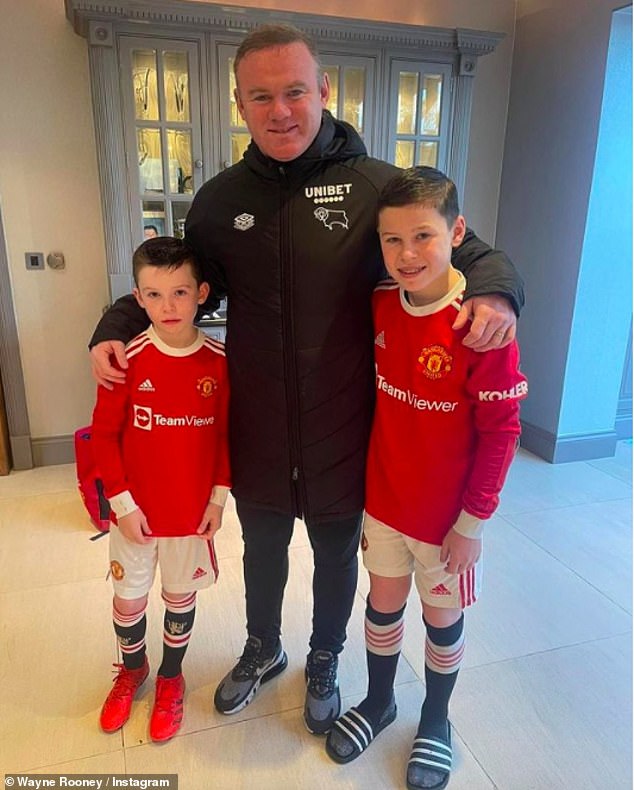 Rooney with his sons Kit (L) and Kai (R), who both play in Manchester United’s academy teams 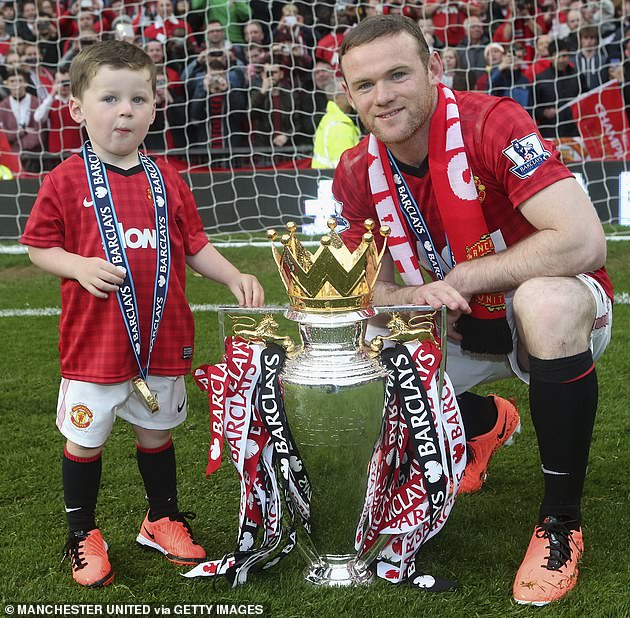 ‘He did have other options, other clubs to go to but he decided he wants to sign for Manchester United, so it was his decision and not mine.’

The former England captain’s third-eldest son Kit is also in the academy set-up at Old Trafford.

Kai thrilled United fans in April when a clip was shared of him scoring a superb goal against Manchester City.

The youngster latched onto a through ball having peeled away from his marker and dispatched a looping left-footed shot over the keeper. 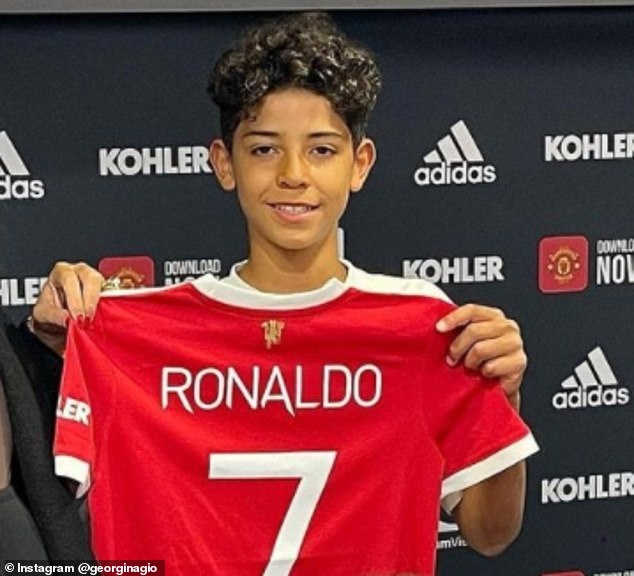 It came after he scored four past Liverpool earlier in the campaign and bagged a hat-trick and three assists in a 6-3 win against Stoke the season before.

There was further excitement for supporters, with a bit of nostalgia thrown in too, when both Kai and Cristiano Ronaldo Jr got on the scoresheet in the same game for United’s under-12s.

There is still a long way to go before the two can think about professional careers in the game, but fans would no doubt like to see them emulate their fathers’ partnership in the first team.

With numbers like Kai’s you wouldn’t bet against that happening.