Tottenham will aim to close the gap to the Premier League’s top four as they head to relegation-threatened Watford on New Year’s Day.

Antonio Conte’s side are unbeaten in seven league games and could climb up into fifth if they take all three points at Vicarage Road.

They will begin as strong favourites with the Hornets having lost their last five matches and manager Claudio Ranieri under increasing pressure.

Reguilon lets fly at the Watford goal but Bachmann gets across well and beats it away with two hands. Tottenham just starting to play with a bit more snap and purpose now. Watford are falling back and look like they are going to be up against it.

Craig Cathcart heads a Moura cross out the penalty but straight into the path of midfielder Pierre-Emile Hojbjerg, who drilled a shot narrowly over the bar. The closest we have come to a goal so far.

A floated ball across the Watford goal from Lucas Moura had Kane’s attention but the Tottenham striker couldn’t get there to meet it. A first sniff, of sorts, for the Spurs talisman.

It shouldn’t be anything too much to worry about but the Norway striker is getting a little bit of treatment. Play eventually restarts and he should be ok.

A reminder too of the situation for Watford, who are two points above the drop zone. Three points would be huge for them too.

Josh King and Emmanuel Dennis combine early on, the latter finding Lloris comfortably from about 18 yards or so. Bright start by the hosts.

Tottenham’s fierce rivals Arsenal have just lost to Manchester City. The Gunners occupy fourth place at present but if Spurs win today, they will move two points behind Mikel Arteta’s men and have two games in hand.

It really would be a significant win today. 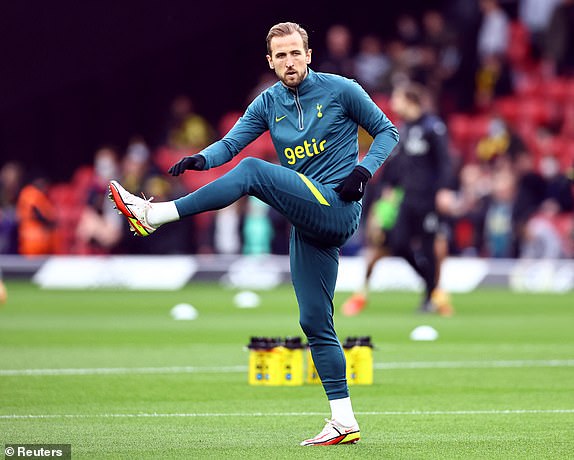 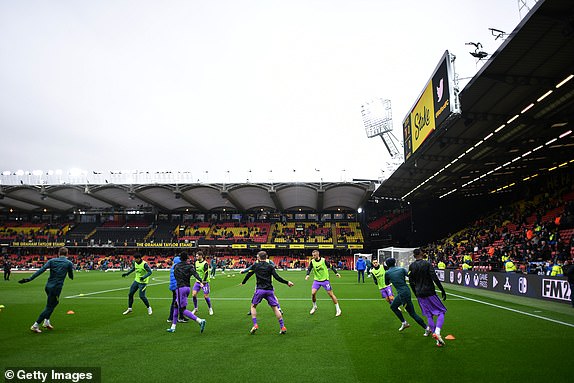 Antonio Conte’s men are at Vicarage Road today in pursuit of three points that would keep their Champions League hopes alive. As ever, Sportsmail will bring you all the action as it happens.