Lookman terrible’s attempt was saved in the last minute as Fulham slipped to a 1-0 defeat at West Ham after Tomas Soucek had fired home moments earlier.

Aleksandar Mitrovic had missed their previous penalty at Sheffield United this season and Parker said his striker would have taken the penalty but was suffering with an injury when the foul was awarded by VAR, so the second-choice Lookman stepped up.

His duffed effort cost Parker and his side what would have been a deserved point in another improved showing. 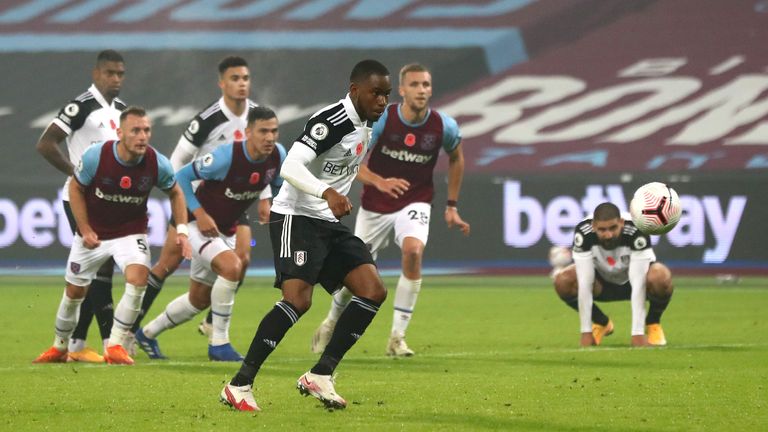 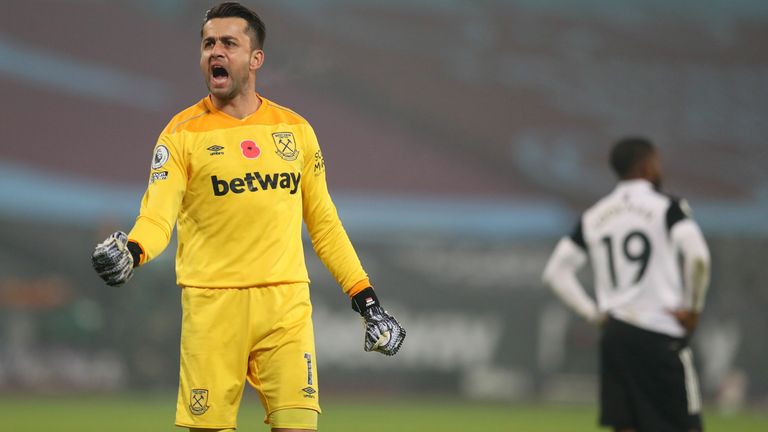 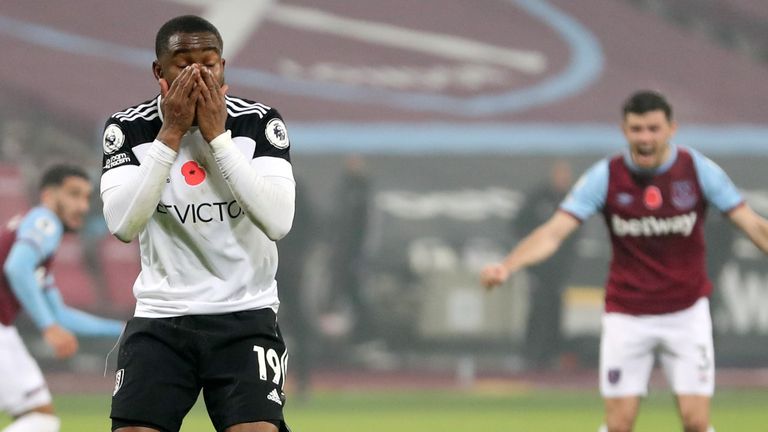 “My emotions are one of disappointment, anger a little bit,” Parker said of Lookman.

“He’s a young player and when you are young you make mistakes. And you need to learn from them. That’s where Ade is tonight. Anyone can miss a penalty but if you decide to take a penalty like that you need to hit the back of the net. He needs to understand that. He’s been fantastic since he’s been here – we’ll see the character of him now as he’ll need to dust himself down. He needs to learn.

“If you miss a penalty like that, you put yourself right on show. He understands that, he’s disappointed more than anyone.

“He’ll bounce back, he’s an unbelievable character and professional.”

Parker was left equally as perplexed by the officials’ decision not to disallow West Ham’s goal as he believed Sebastian Haller was interfering with play when the initial ball was played into the box.

A VAR review was undertaken for the goal but Stockley Park deemed the goal a legitimate one to the absolute bemusement of Parker, who questioned whether he even knows what constitutes offside anymore.

He said: “Haller is in an offside position and my centre-half has had to react and head the ball. We’ve got every gadget and gimmick in the game, but I don’t personally know the offside rule. And I don’t think a lot of people do.

“What I do know is I played the game for a long time and now I coach a defence in terms of catching people offside. I understand if Haller is 25 yards away from my defender and not influencing the game. My defender can’t take the risk of leaving it. He’s reacted as Haller is on his shoulder – Haller is offside. And from there the goal has come. We need some clarity. It went to VAR but maybe the person looking at VAR doesn’t understand it either. Or understand the game.

“We had to change a rule regarding handball. Why? Because defenders were being told to defend differently as it was a natural position in terms of putting your hands out. Maybe we have to go the same way with offside. I don’t understand how he’s not interfered with play.

“If the offside rule is the one we’ve seen tonight, there isn’t one. You might as well drop your back line off and run this risk of playing offside. A backline is always working a line to catch people offside, it’s part and parcel of football. I’d like to think the VAR would have intervened as Haller is offside and he’s made my defender head it.”

Opposite number David Moyes had sympathy with Parker, adding: “If I was Scott I’d be disappointed with
the goal because Seb runs offside. I think the whole offside rule with the delaying of the flag is a terrible rule.”