‘The ball is your friend, NOT your enemy’: Aaron Wan-Bissaka’s lack of attacking verve is criticised by fans following Manchester United’s dire 1-0 defeat by Wolves

Aaron Wan-Bissaka has come in for criticism from Manchester United fans following their 1-0 defeat to Wolves, with Red Devils supporters frustrated with the Englishman’s displays.

United put in their worst performance under Ralf Rangnick on Monday night as the German was handed his first defeat in charge of the club at the hands of Bruno Lage’s visitors.

Wolves were richly deserving of their victory, with a Joao Moutinho strike enough to secure their first Old Trafford victory in 42 years and pile more pressure on United, whose hopes of Champions League qualification are wearing thin. 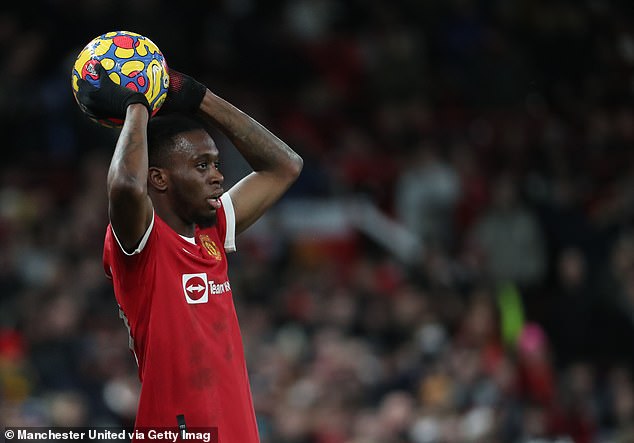 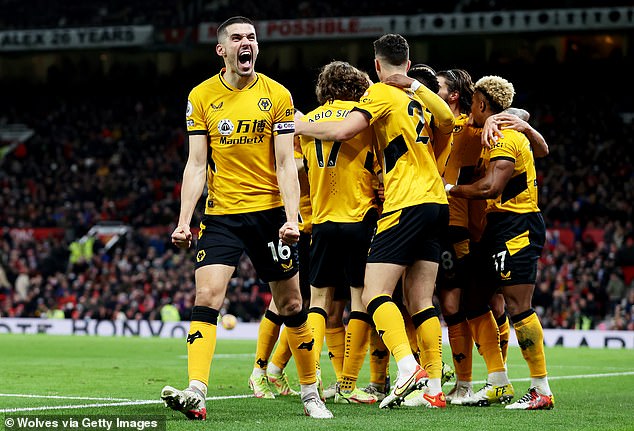 Midfield duo Scott McTominay and Nemanja Matic were singled out as United’s area of weakness, with pundits insisting that the pair lost the midfield battle to Moutinho and Ruben Neves.

Yet some eagle-eyed supporters have also expressed that Wan-Bissaka’s performance fell below the standard expected of the £50million right back.

The Englishman had a fairly subdued night, failing to carve out any real openings for Cristiano Ronaldo & Co, while being run ragged by man of the match Daniel Podence.

‘Wan-Bissaka can’t cross to save his life,’ one supporter wrote. Many posts online shared similar sentiments, with the 24-year-old long criticised for his lack of cutting edge in the final third. 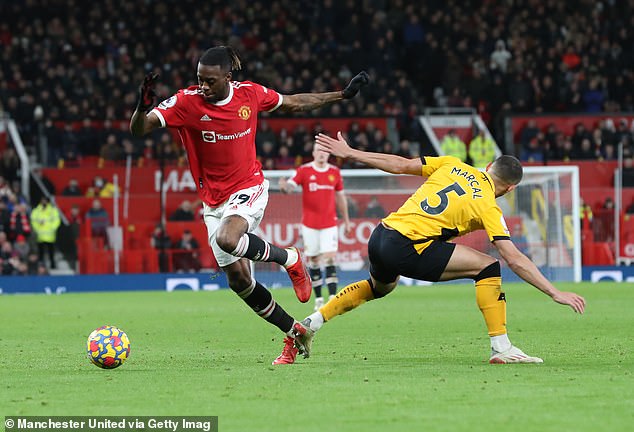 ‘Wan Bissaka just isn’t it at that level no matter how much we love him,’ another fan said. ‘Teammates don’t even trust him with a pass to get the cross in the box. Why is Dalot back on the bench?’

‘Wan Bissaka is having a terrible run,’ a United fan said. ‘Can’t stand up, cross, can’t dribble, just shifts it and crosses badly. Gives free kicks away then strolls back not facing play and gets caught out. Some need a Keano rocket up em.’

Rangnick admitted following the defeat that he has a long way to go to turn the club around after taking over until the end of the season. 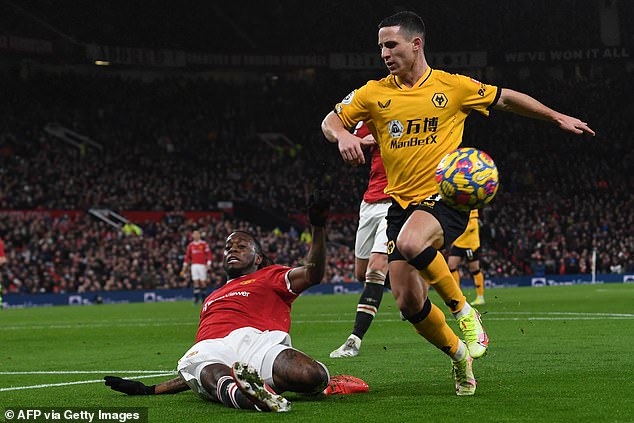 ‘I knew it would be a difficult job, that was the reason they contacted me and signed me,’ he said.

‘I knew from the start it wouldn’t be easy to find the right balance offensively, defensively.

‘Today we showed similar problems, the team had three or four weeks ago before I arrived. It is not an easy job to develop a DNA with and without the ball.’