Tears, but no fears! Wales are riding a wave of emotion on their first World Cup adventure for 64 years – despite concerns over star players Gareth Bale and Aaron Ramsey’s lack of fitness as they head off to Qatar

You only had to be in the Rhondda Valley community centre for an event marking the Wales squad announcement to appreciate how much what lies ahead actually means.

It was at Tylorstown, the place where manager Rob Page grew up, and before an audience which included many childhood friends, he twice had to stop and re-compose himself when asked to describe the significance.

‘Suck it up, for God’s sake!’ Page told himself on the first occasion. Before he spoke, they played the country’s World Cup anthem — a new version of Yma o Hyd (‘Still Here’), a song about national pride by Dafydd Iwan. ‘I’ve cried every time I’ve watched it,’ said Page. 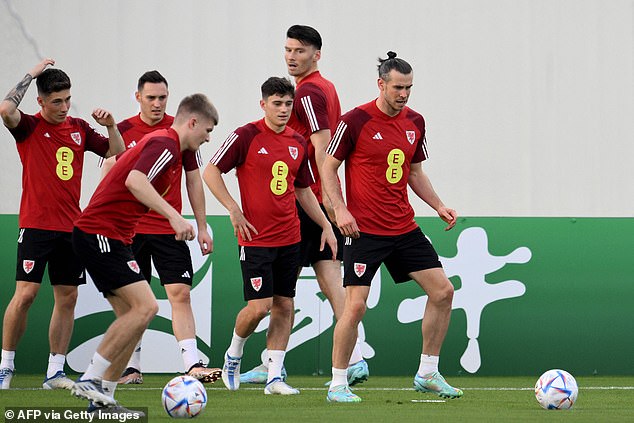 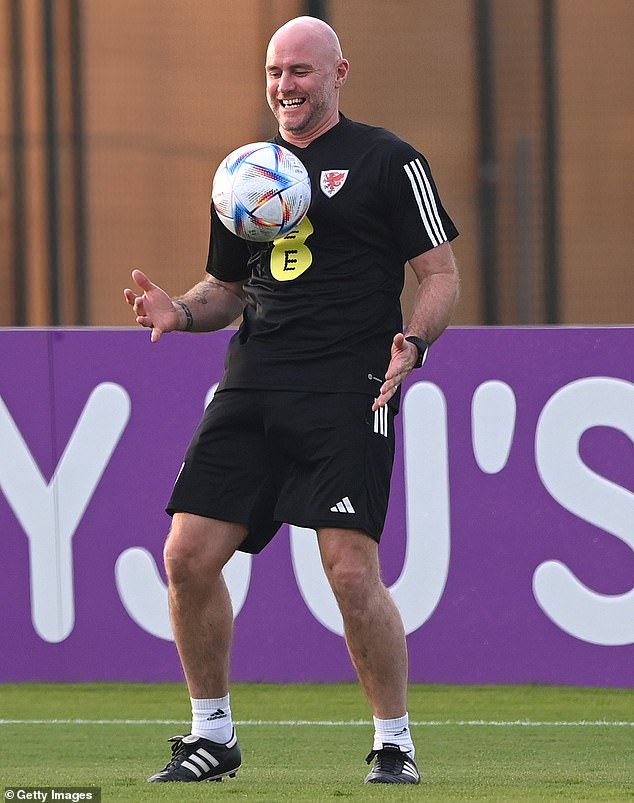 No country is more emotionally invested than this one, playing in their first finals since 1958, when they were managed by Jimmy Murphy, Sir Matt Busby’s Manchester United assistant.

Busby insisted that Murphy take Wales to a World Cup qualifying play-off in Israel, rather than join United on the European Cup trip to Belgrade which would end in devastation on an airport runway in Munich. 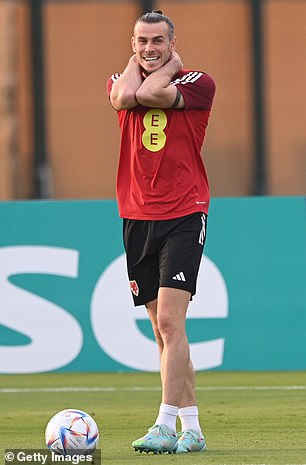 Gareth Bale says he will be carrying the memory of Gary Speed, who died in 2011

Page’s players feel the beat of history, too. Gareth Bale says he will carry the memory of Gary Speed, who managed Wales for a year before his death in 2011.

‘If Gary was with us now, he would be proud of what we’ve achieved, not just on the pitch but off it too,’ said Bale.

The enormous question is precisely what part Wales’ trio of elite players can play, and whether the lesser talents gathered around them can do enough in periods of their absence.

It cannot be said that Bale’s decision to join Los Angeles FC in June has been a success — two starts and not a single 90-minute run-out in the US leaves serious questions about whether the 33-year-old captain is fit enough to play three games in nine days.

The same applies to Aaron Ramsey, 31, who started only his second game since September for Nice this month, leaving Page clutching at straws by declaring this was a huge ‘confidence boost’. 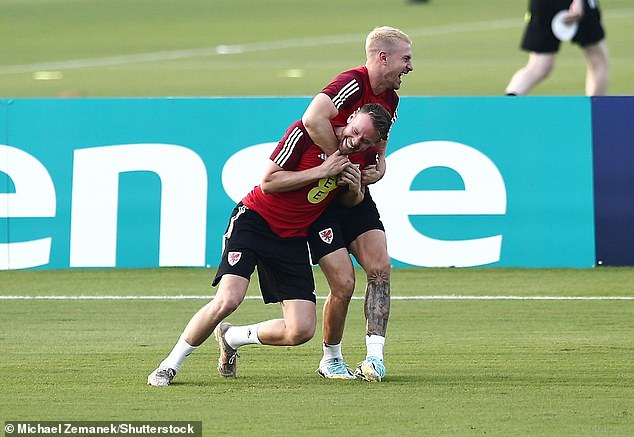 But the one who has been keeping the die-hard Wales fans awake at night is Joe Allen, the so-called ‘Welsh Xavi’, once of Liverpool and now of Swansea City. He, more than any member of this ageing triumvirate, has the capacity to make Wales tick.

Allen, 32, seems certain to miss the opening game against the USA but, for Page, even a bit-part role against England in the final group game side justifies his place.

The 3-4-2-1 system Page has settled on capitalises on wide players Connor Roberts, now at Burnley, and Neco Williams, who has impressed since leaving Liverpool for Nottingham Forest.

Ramsey fits less easily into the current system. In the Euros win over Turkey in Baku, he demonstrated as a No 10 a brilliant intuition with Bale from that position. He has been less effective as one of a trio of forwards.

Forest’s 21-year-old forward Brennan Johnson is one to look out for, while Daniel James, now at Fulham, brings pace, if not always the final pass or shot. 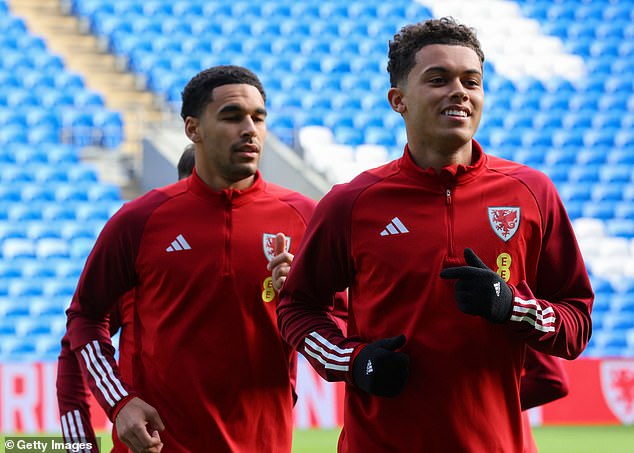 These attacking options and a robust defence — to which Tottenham’s Ben Davies is fundamental — give Page reason to believe that his side can emerge from Group B. Football’s greatest stage demands the exceptional and it all seems to hinge on whether Bale can conjure something sublime.

The chance to get one over England sharpens the incentive. Before the two nations met at Euro 2016, Bale declared that Wales had more ‘passion’ than England, later saying none of Roy Hodgson’s players would get in the Welsh team.

At the community hall last week, Page was remembering Bale’s free-kick against Austria in the World Cup play-off semi-final which was so fundamental to the nation being a part of all this.

‘I was standing right in line with him when he stepped up to take it,’ recalled Page. ‘I was thinking, “If anyone can do it, you can”. I said a little prayer.’

The same applies to the country’s next big adventure.