There is only one thing more surprising ahead of the first Madrid derby of the season than the fact that Real Madrid are 10 points clear of the reigning champions Atletico Madrid, and that’s Vinicius’ status as the fixture’s most important player.

The Brazilian’s position was unclear in the summer. Carlo Ancelotti respects seniority and in his first two games back in charge it was Gareth Bale and Eden Hazard alongside Karim Benzema. But the 21-year-old started the third match in and hasn’t been dropped since.

Benzema’s fitness ahead of the game at the Santiago Bernabeu will be doubt until kick-off but it speaks volumes for Vinicius’ season that whether or not the Frenchman starts is not Diego Simeone’s biggest concern – he needs to stop La Liga’s player of the season so far. 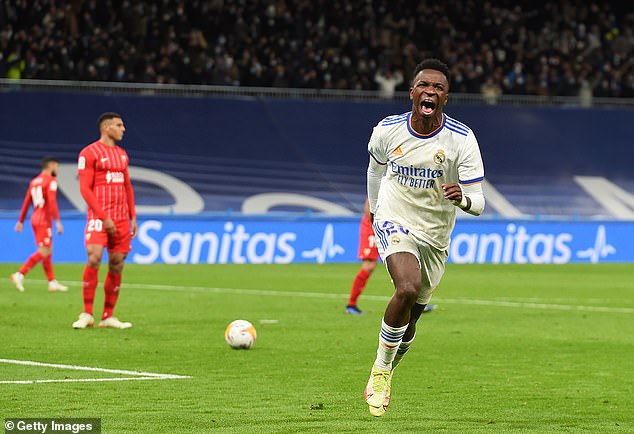 The Brazilian was even asked about his chances of being 2022’s Ballon d’Or winner in the build-up to the derby. ‘I have a lot of work to do before that can happen’ came back the reply. His 12 goals in all competitions this season have him just behind Benzema who has 17 and his dazzling displays have made him every bit as important.

He is also facing a defence that has struggled all season conceding more than a goal a game for the first time in the Simeone era.

It’s true that Madrid have conceded 15 goals and Atletico’s record is only one goal worse but Madrid have scored 10 goals more than Simeone’s side. They are not prolific; they never have been and the brilliant defence has always been the counterpoint to that.

Jose Gimenez will need a late test to see if he can be at the heart of the defence and with Stefan Savic out it’s important that he is. Midfielder Geoffrey Kondogbia will stand in if he doesn’t make it. He and full-back Sime Vrsaljko had to line-up with Mario Hermoso in midweek as Atletico came through their Champions League test. 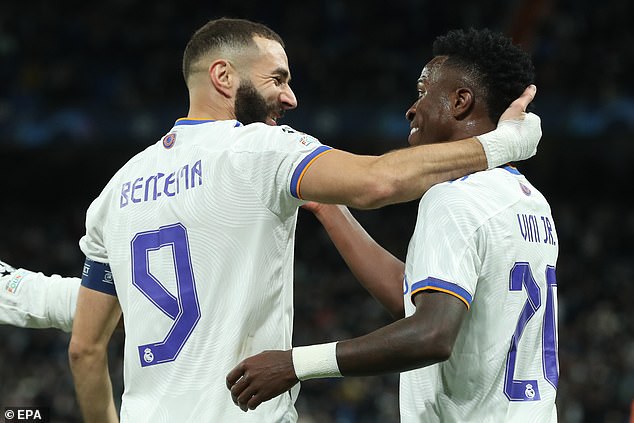 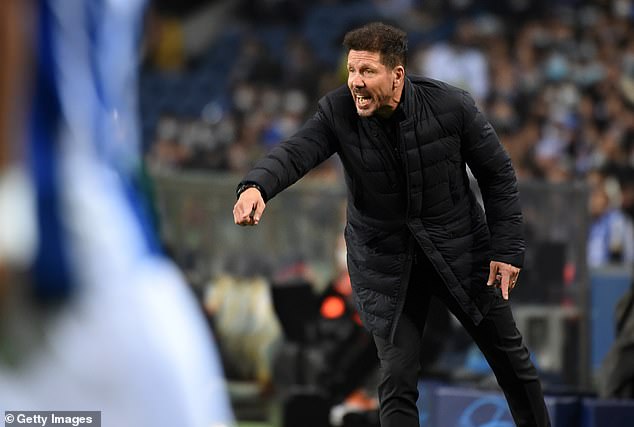 That’s a million miles from the sort of rearguard Simeone wants to field and he will be slightly happier to be able to welcome Felipe who was suspended against Porto.

Whoever plays at the back the answer could well be to go on the front foot as the team did in midweek. For all the defensive shortcomings Atletico still have flying full-backs Marcos Llorente and Yannick Carrasco to run in behind Madrid when they can.

Luis Suarez looks like he will be fit to play some part. He was in tears on the bench after going off after 13 minutes in that must win European tie with what looked like a muscle problem but he was back in training by Friday and is in contention to start although it could still be Joao Felix or Matheus Cunha alongside Antoine Griezmann. In attack at least, Simeone has options. 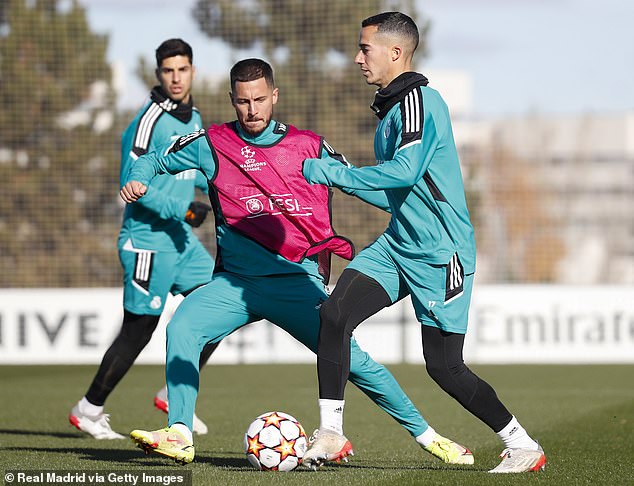 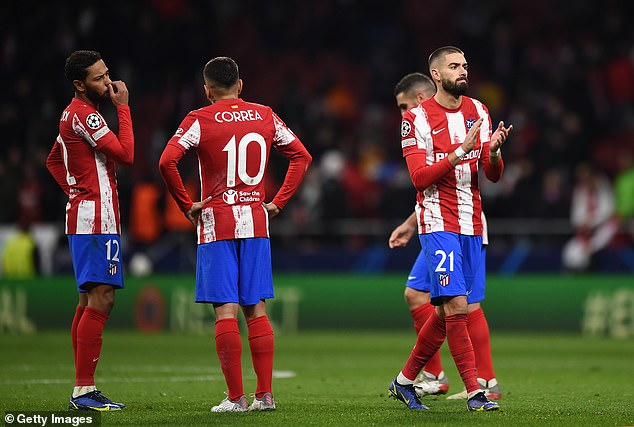 Meanwhile, Simeone has to put together a makeshift back four due to an injury pile-up

Cunha now has three goals in less than 300 minutes and has shown pace, power and the ability to get into goalscoring positions. If Real Madrid are without Benzema then they will turn to Luka Jovic.

He came on last weekend for the injured Benzema and managed an assist and a goal. Under Zinedine Zidane he got few chances and was sent out on loan back to Eintracht Frankfurt in last winter’s window.

If Zidane had been on the bench against Real Sociedad he would probably have turned to Marco Asensio or Eden Hazard when Benzema broke down. Instead Ancelotti gave Jovic his chance and he did not disappoint. 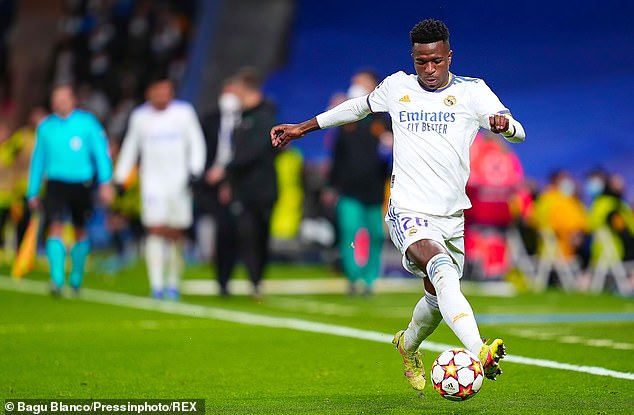 For both the Belgian and the Spaniard the future at Madrid looks difficult. Asensio has started four games and Hazard seven. The latter seems happy just not to be injured right now. But for Asensio he feels that at 25 he should now be first choice.

‘It’s too soon to talk about my future,’ he said this week. ‘I just want to give my best this season and then we will see’.

Vinicius is the perfect role model for him. Last year he was unconvincingly raw. Now he’s the man most would tip to decide the Madrid derby. The showman ready get the home supporters off their seats at the Bernabeu and put 13 points between his team and the reigning La Liga Champions.