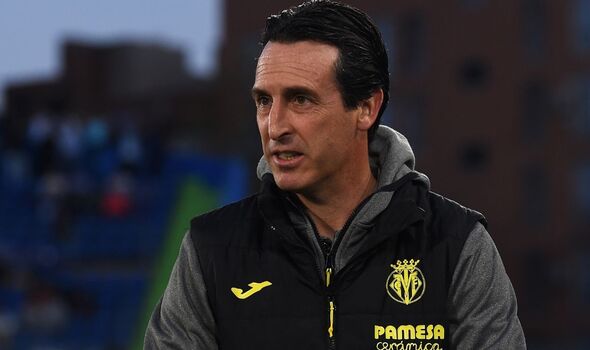 Liverpool know they will have their hands full when they clash with Villarreal in the Champions League semi-finals – despite the tie being considered a favourable draw for the Reds. The Premier League title contenders welcome the La Liga side to Anfield on Wednesday night as they look to put one foot in the final.

But as shown against Juventus and Bayern Munich, Villarreal are not to be underestimated.

In Unai Emery, they have one of the finest tacticians on the continent and the former Arsenal boss is more than capable of devising an effective game plan to frustrate Jurgen Klopp’s Reds.

Making the most of home advantage will be crucial heading into next week’s second leg in Spain and Liverpool will have to be at the top of their game in order to secure a result.

Express Sport takes a look at three Villarreal players Liverpool will need to be wary of in order to keep the underdogs at bay.

This one will be no secret to Klopp, who was interested in signing the Dutchman from Bournemouth before his move to Villarreal.

The powerful winger has really stepped up and taken his game to the next level under Emery and the pair’s great relationship has been one of the main reasons behind their continental success.

Danjuma has 16 goals in 33 matches this season including six in the Champions League.

He heads into the game in fine form having hit a brace against Valencia last time out in La Liga.

Virgil van Dijk will know all about his quality from the Dutch national side and with Danjuma expected to play at centre-forward, the Liverpool man could have his hands full tonight.

Gerard Moreno certainly knows how to find the back of the net and should Liverpool give him a sniff, they may live to regret it.

The 30-year-old has 13 goals in 26 outings this season to date after reaching the 30-goal mark last season.

He was integral to Villarreal’s Europa League success that saw them qualify for the Champions League this season.

Moreno is no stranger to a physical battle either and he will now shrink a challenge or aerial duel.

Once again, Liverpool cannot afford to switch off defensively at any given moment when Moreno is on the prowl.

Don’t be fooled by Lo Celso’s struggles at Tottenham – Emery is helping unlock the best version of the Argentine.

The attacking midfielder has been excellent since arriving on loan from Spurs in January and he will be looking to slip the forwards in behind tonight.

As we saw in the 1-1 draw at Bayern that sealed Villarreal’s place in the semi-finals, Lo Celso has the passing ability to unlock the door.

Liverpool’s high line could be in for a tough night if Lo Celso finds his range as he has the quality to find the gaps with his through balls.

The Reds will need to get tight to him in order to prevent him from being Villarreal’s creative spark.