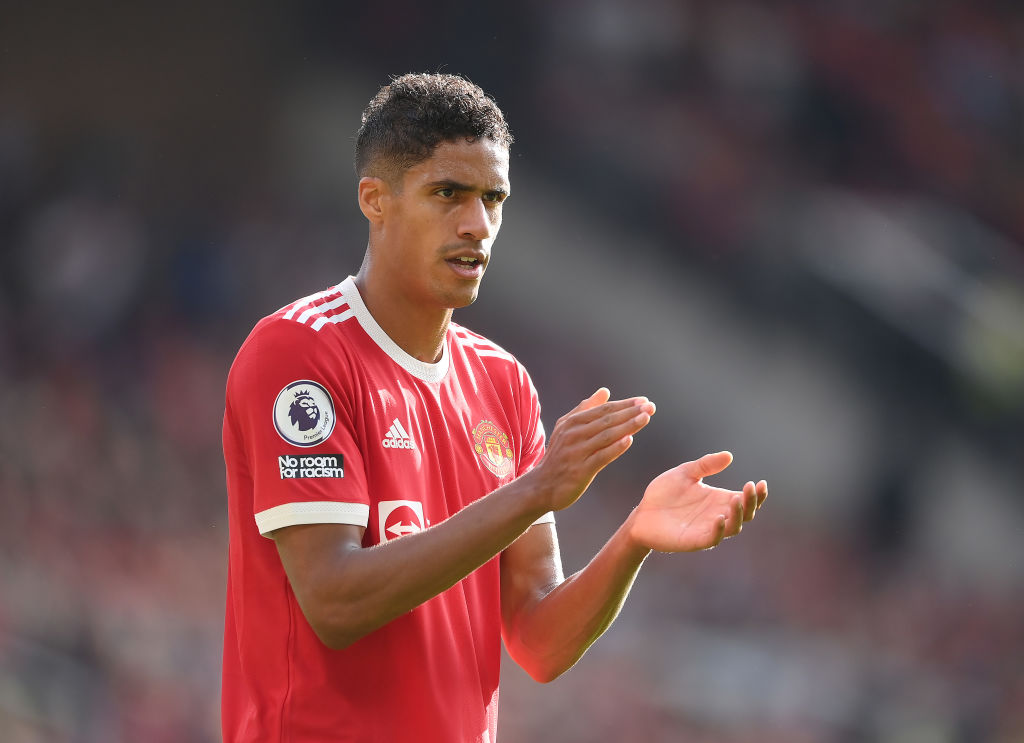 Raphael Varane believes Manchester United have all the qualities they need to compete in every competition, it is just their lack of self-belief that is holding them back.

The Red Devils have made a patchy start to the season under Ole Gunnar Solskjaer, losing three of their last four games across all competitions.

There have been encouraging signs, especially in the rousing wins over Leeds United and Newcastle United, but there is clearly work to be done, as illustrated by recent defeats to West Ham, Young Boys and Aston Villa.

Varane, who arrived as a new signing in the summer along with Cristiano Ronaldo and Jadon Sancho, believes there is a lot more to come from Manchester United, but they do not have the belief to show it just yet.

‘What I’ve been able to see is, with my team-mates, there’s a lot of quality in our squad, in our team,’ he said. ‘We’ve got huge potential, I’m convinced of it.

‘I think that there’s talent, there’s experience there as well. We’ve got everything you need to have that belief that you can do well.

‘I think that’s a really key issue – we’ve got to believe in ourselves, be convinced that we can do it, we have got to be ambitious, believe in our own potential and then I think you can achieve things when you do that.

‘There’s everything there in the right place. Just concentrate on the little details but keep believing and have that positive mentality.

‘I believe that each time we go into a game, we go on that track and keep on that road of positivity, think on how we can improve in little details and then I think we’ll be there. As I say, we’re on the right road.’

Varane will have a new centre-back partner on Wednesday and possibly for ‘a few weeks’ after Harry Maguire injured his calf against Aston Villa on Saturday.

Solskjaer said ahead of the Villarreal game: ‘Harry is more or less definitely out, it doesn’t look good.

‘It is his calf, that might take a few weeks. Let’s see how quickly he recovers.’