Frank Lampard got one over his former manager as Chelsea beat Jose Mourinho's Tottenham 2-1 with goals from Olivier Giroud and Marcos Alonso in another Premier League match affected by VAR controversy.

Olivier Giroud grabbed the lead for Chelsea in the 15th minute as Lampard's men dominated the action in the first half.

A well-worked team goal early in the second half was finished off by Marcos Alonso with an angled drive on 48 minutes and Spurs were fortunate not to be reduced to 10 men. 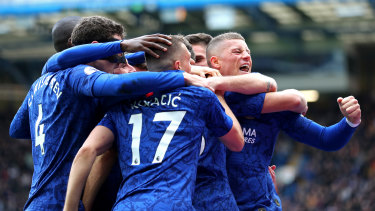 Midfielder Giovani Lo Celso clearly stood on Cesar Azpilicueta's ankle after stretching for the ball in a tackle but the video assistant referee (VAR) ruled it was not a red-card offence because there was "no clear and obvious error" when the referee decided not to act.

The VAR team later admitted that Lo Celso should have been sent off.

"Everybody knew they had made a mistake," said Chelsea manager Lampard.

"We have the monitor and can view it and we were just waiting for the red card. It is just not good enough. They had a couple of minutes to look at it and got it wrong. No more to say."

Antonio Ruediger scored an own goal two minutes from the end to give Spurs a consolation goal as Erik Lamela's strike deflected in off his foot.

Chelsea's 13th win gives them a four-point cushion over Spurs with Mourinho's side one place back in fifth on 40 points. 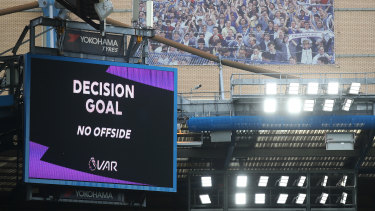 The first goal is given after a VAR review.Credit:Getty

Mourinho repeated praise for his players in their current struggle without key players as Harry Kane is out until April with a torn hamstring and Son Heung Min is sidelined with an arm fracture.

There was more VAR controversy in Bournemouth's 3-0 defeat at Burnley as they had two goals ruled out and conceded a penalty at the other end.

Joshua King thought he had given Bournemouth the lead when he found the net from a corner but it was taken away because there was a handball from midfielder Philip Billing in the lead-up. 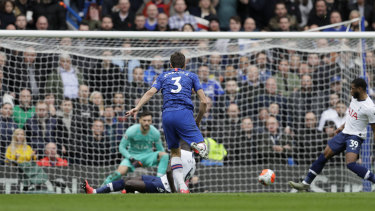 After Matej Vydra scored on 53 minutes, Bournemouth raced away and Callum Wilson seemingly scored the equaliser – only for VAR to step in and award Burnley a penalty at the opposite end.

VAR decided that Cherries defender Adam Smith had used his hand before clearing a Burnley cross and so Jay Rodriguez scored from the spot to make it 2-0 before Dwight McNeil netted a third.

The result moves Burnley up to eighth on 37 points while Bournemouth sit two points above the relegation zone in 16th on 26 points. 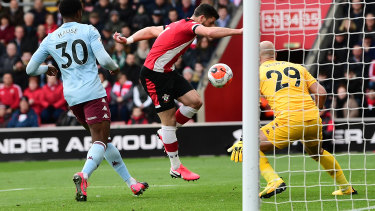 Aston Villa's relegation fears are not over as they sit one point above the relegation zone after Southampton ended a three-match winless run with a 2-0 home victory.

Elsewhere, Sheffield United missed the chance to move into fifth in a 1-1 draw against Aaron Mooy and Mat Ryan's Brighton Hove Albion as Neal Maupay cancelled out Enda Stevens' strike to earn a point.