Giovanni van Bronckhorst insists Ibrox will give Rangers the energy they need to reach the Europa League Final.

Urging his Rangers players to take heart from a performance of defensive discipline, however, Van Bronckhorst believes a home crowd in Glasgow can provide the spark to turn the tie around and seal a place in Seville on May 18. 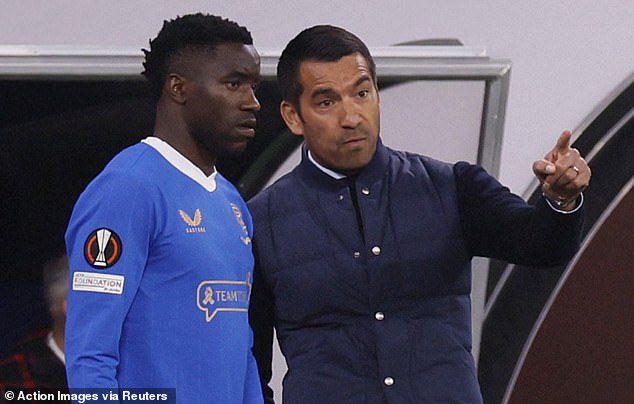 ‘We have to win. We have to win by a margin of two,’ he said. ‘Of course one goal gets us back into the tie. But I think we’re capable of doing that while respecting the quality of the opponent.

‘We have many great European nights at home and the fans will definitely give us energy and give us all the ambience we need. My players should fight for the final.

‘It’s always disappointing when you lose a goal so late in the game. But it’s a 1-0 defeat and we know what to do next week. 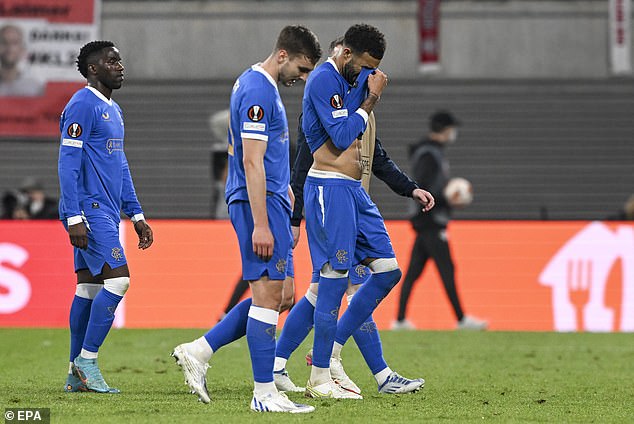 ‘It’s a final in Seville we can qualify for. So we have to give everything and I’m sure our home game next week at Ibrox will give us a lot of energy to overcome Leipzig.

‘They are a quality team but we want to reach the final. We have to prepare well as always next week and give everything to reach Seville.’

Missing key strikers Alfredo Morelos and Kemar Roofe, Van Bronckhorst switched the shape to a 5-3-2 formation, with Ryan Kent partnering Scott Wright up front. Forced to defend deep in the first half Scotland’s champions had more joy when Joe Aribo joined the attack after the break.

‘In the first-half we defended well and weren’t as comfortable on the ball as I would have liked,’ he added. ‘But in the second-half we changed our set-up a little bit so we didn’t have to run a lot. 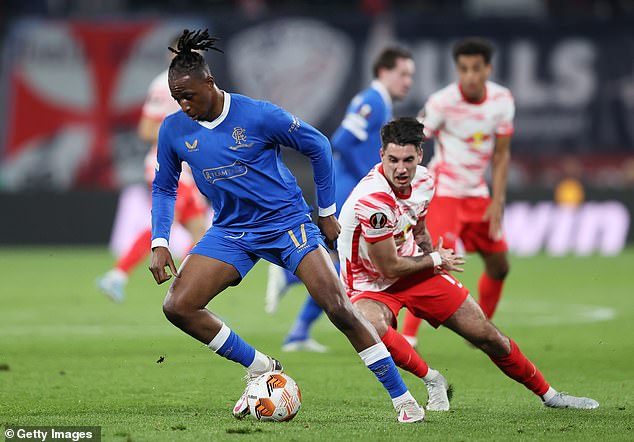 ‘We were much more confident and created more dangerous moments in the second-half.’

Expressing disappointment at the loss of a goal from a corner five minutes from time the Dutchman told his players they still have an outstanding chance of reaching the final where Eintracht Frankfurt look likely opponents after a 2-1 win over West Ham in London.

‘That was my message to them. Of course you feel the disappointment in the locker room because of the late goal.

‘But we’re only half way and we’ve shown before our character to get back into our rhythm next week at home. That’s what we have to do.

‘There’s not many times you have a chance to play a European final so we have to go all out and do everything to win the game. I don’t think we’re going to play the same way like we did today.’ 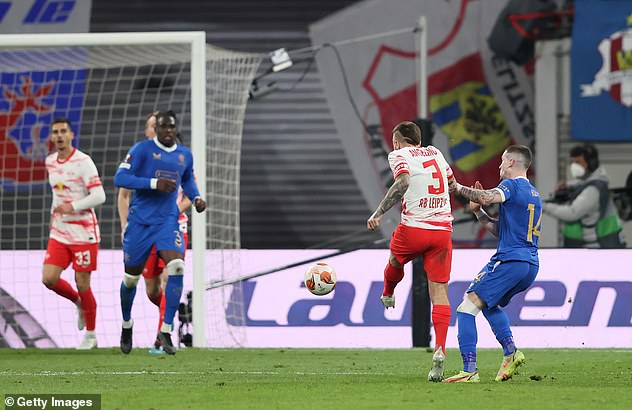 With frustration mounting amongst the bulk of the 40,303 crowd – 6000 of them Rangers fans – Angelino’s stunning volley after 85 minutes sparked wild celebrations.

Admitting that was a tribute to the way Rangers defended Van Bronckhorst said: ‘Of course when you score a goal in a semi-final then no matter which team you will celebrate.

‘We are both going to prepare for next week but we have home advantage and we just need to be well organised like today. 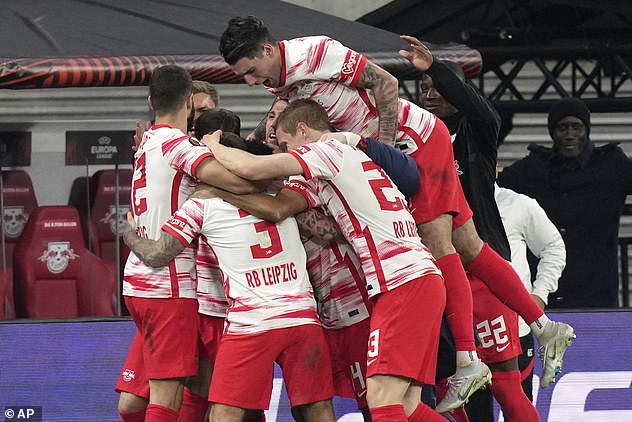 ‘We need to score – we can’t play the same way we did today for the whole 90 minutes.

‘The disappointment was more about conceding the goal so late. Especially when it comes from a set-piece. That was the disappointment, but we have to analyse this game and move forward. 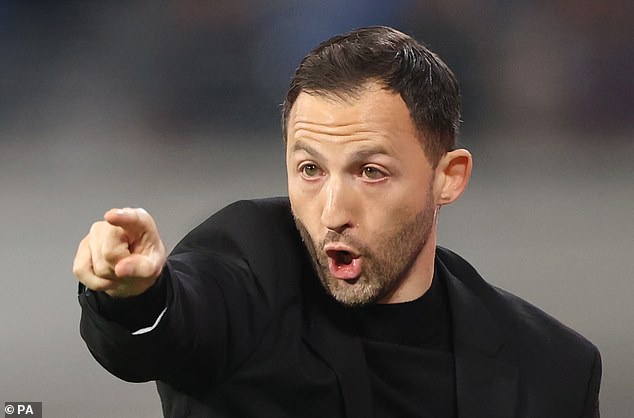 ‘When teams come here to Leipzig they try to defend deep and compact and you have to handle this. It’s very important not to lose the head.

‘With Kent and Aribo they have good guys and Ibrox can be a different game. If they play like this it’s 0-0 and they need a goal so they have to open up.

‘We are not looking forward with fear, but happiness. It’s a pleasure to play in such stadiums with great atmosphere.

‘I think Ibrox is special and we are happy to be there in one week. I think we have to score there. But we are able to score.’