Uwe Rosler has emerged as a contender for the vacant manager’s post at Championship Barnsley.

The 52-year old coached at Bundesliga side Fortuna Dusseldorf last season and is keen on a return to England where he has had previous success with the likes of Brentford and Fleetwood Town.

Rosler, who has vast experience from managing across Europe, remains a cult figure at his former club Manchester City where he scored 64 goals in 176 games as an all action striker and maintains a good relationship with the Premier League champions. 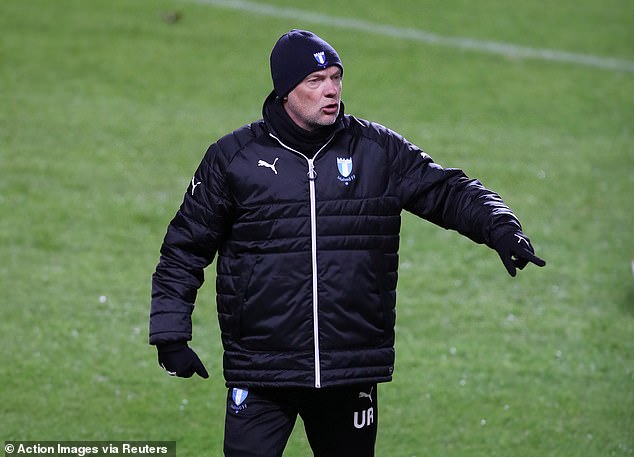 Uwe Rosler, 52, is keen on a return to England after managerial stints in Sweden and Germany

Barnsley sacked Markus Schopp this week after a run of seven successive defeats left them in 23rd place and want a charismatic figure such as Rosler who can lift the mood at Oakwell and take the team up the table.

A number of applications have already been received with the likes of Mike Flynn, formerly of Newport, Cheltenham’s Michael Duff and ex Preston North End boss Alex Neil among the names discussed.