Union Berlin moved to the top of the Bundesliga standings for the first time in the German club’s history after they came away from Cologne with a 1-0 win on Sunday thanks to an own goal early in the game.

In a whirlwind opening to the match, Union were fortunate to take the lead in the third minute when Cologne defender Timo Huebers’s attempted block on a low cross was deflected past his goalkeeper at the near post.

Cologne were unlucky to concede a penalty five minutes later when a header came off the back of Luca Kilian’s elbow but goalkeeper Marvin Schwaebe saved Jordan Siebatcheu’s tame spot kick to deny Union a two-goal cushion. 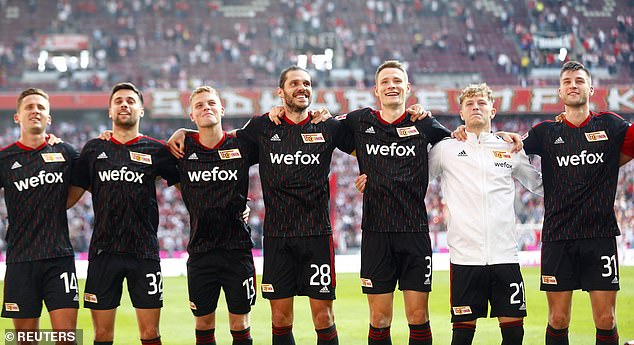 Union had their opportunities to double the lead, with Bundesliga top scorer Sheraldo Becker’s smart finish from an acute angle ruled out for offside by VAR while Christopher Trimmel saw his chipped effort come off the crossbar.

Kilian’s afternoon got worse when he was sent off for a second yellow card trying to stop a Union counter-attack and 10-man Cologne could not find a way past the visitors who held on for the win.

Freiburg could have spoiled Union’s party later on Sunday by going top with a win over Borussia Moenchengladbach in the weekend’s final game, but they were held to a 0-0 draw to leave them second in the standings after six rounds.

With 14 points, Union are a point ahead of Freiburg and two clear of champions Bayern Munich, who slipped to third. 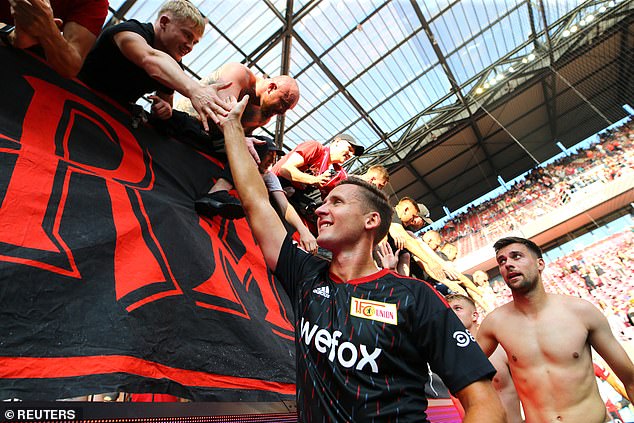