Is football coming home? Harry Kane’s double and headers from Harry Maguire and Jordan Henderson swept aside Ukraine in a one-sided quarter-final; England play Denmark on Wednesday back at Wembley 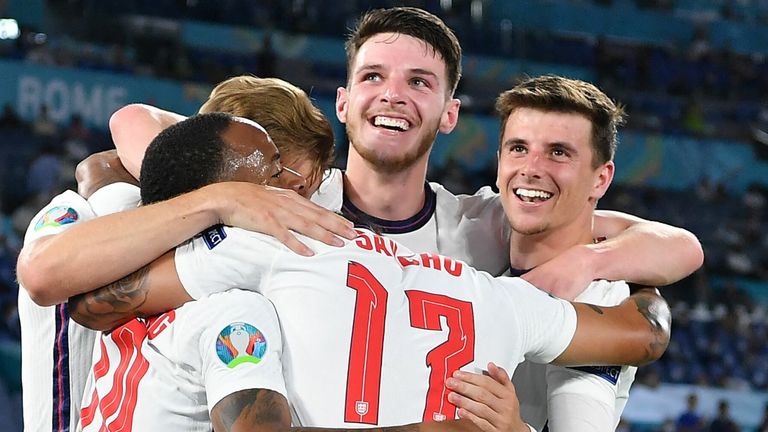 England booked a Euro 2020 semi-final clash vs Denmark at Wembley after thrashing Ukraine 4-0, with Harry Kane at the double.

Played in front of a completely different atmosphere in Rome to the one seen at Wembley in the win over Germany, Gareth Southgate’s side set the tone with a goal inside four minutes when Kane finished from a precise Raheem Sterling pass.

England’s pressing restricted Andriy Shevchenko’s side to scraps and Harry Maguire doubled the lead via a fantastic Luke Shaw set piece (46). Shaw wasn’t done there, though, and registered his third assist of the tournament moments later when curling another sublime ball onto the head of Kane (50).

England were now running riot and Jordan Henderson – on as a substitute – rose to head another set-piece goal home (63) – his first goal for his country.

The Three Lions, who are yet to concede a goal in this tournament, now play Denmark in the semi-finals on home soil on Wednesday 7 July.

How the Three Lions roared in Rome…

England were aiming to reach their first European semi-final since 1996 and started where they left off on Tuesday evening at Wembley with Sterling and Kane to the fore.

Man of the match: Luke Shaw

Ukraine’s game-plan was clearly to sit and soak up pressure but that went out of the window when the intelligent Sterling fed a defense-splitting pass to Kane, who made no mistake from close range.

Doubters silenced. England were on their way.

With Mason Mount back in the side, England pressed higher up the pitch than when edging past Germany, restricting Ukraine to limited possession. However, Roman Yaremchuk did seize upon a wayward pass from Kyle Walker but Jordan Pickford stood strong at his near post.

Southgate will have wanted England to turn their territorial dominance into goals but clear-cut chances were in short supply until Jadon Sancho fired at goal from 12 yards after some clever build-up from Shaw. His effort was too close to Heorhiy Bushchan as Ukraine held on.

That resistance was broken almost immediately after half-time as England flexed their muscles from set pieces.

Kane won a free-kick after being tripped and Shaw swung in a cross that Maguire wanted to attack more than his marker as he thundered past Bushcan to double the lead. 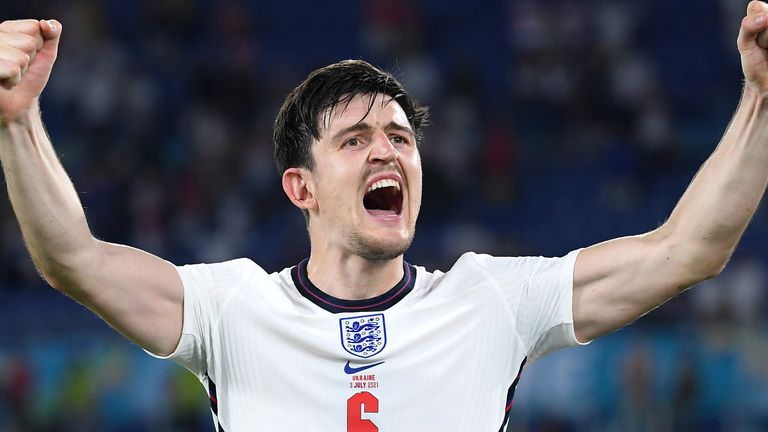 They say 2-0 can be a dangerous lead, so England quickly changed that, grabbing a third with their next attack to put one foot in the semi-final.

Kane was the man again as he stooped to head home his second of the evening, Shaw again sending the ball into the box to find his captain unmarked six yards out.

Southgate took the opportunity to replace Declan Rice – one booking away from missing the semi-final – with Henderson.

Kane, playing like a man possessed and back at the top of his game, was denied a wonderful hat-trick with a volleyed effort by a flying Bushcan stop. However, from the resulting corner, England gave the nation another moment to remember.

Mount this time whipped in for Henderson to head in his first England goal on his 62nd cap. Of all players to score at least once for England, Henderson’s 62 games are the longest a player has ever had to wait.

Southgate then rang the changes as Kalvin Phillips, Shaw and Sterling were replaced before Kane came off with 18 minutes remaining.

This was England’s biggest ever win at the European Championship, and their biggest win in the knockout stages of a major tournament. The signs are pointing in the right direction that football just might be coming home.

‘We won’t settle for a semi-final’ 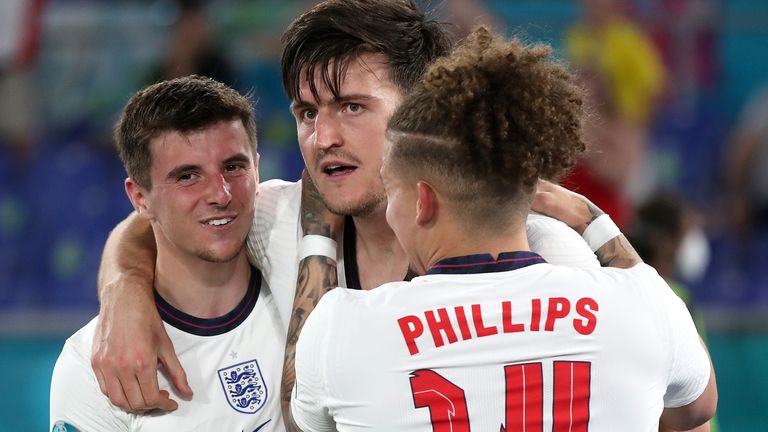 “It’s a great feeling, back to back semis is a great achievement. I don’t want to be a party pooper but we don’t stop here, we want to go further than we did at the World Cup. It’s big progress we’re making as a country. Long may the improvement continue.

“We have great belief in the dressing room. The first half was tough, but I think the second goal settled us down a lot. We deserved the third and fourth on the night.