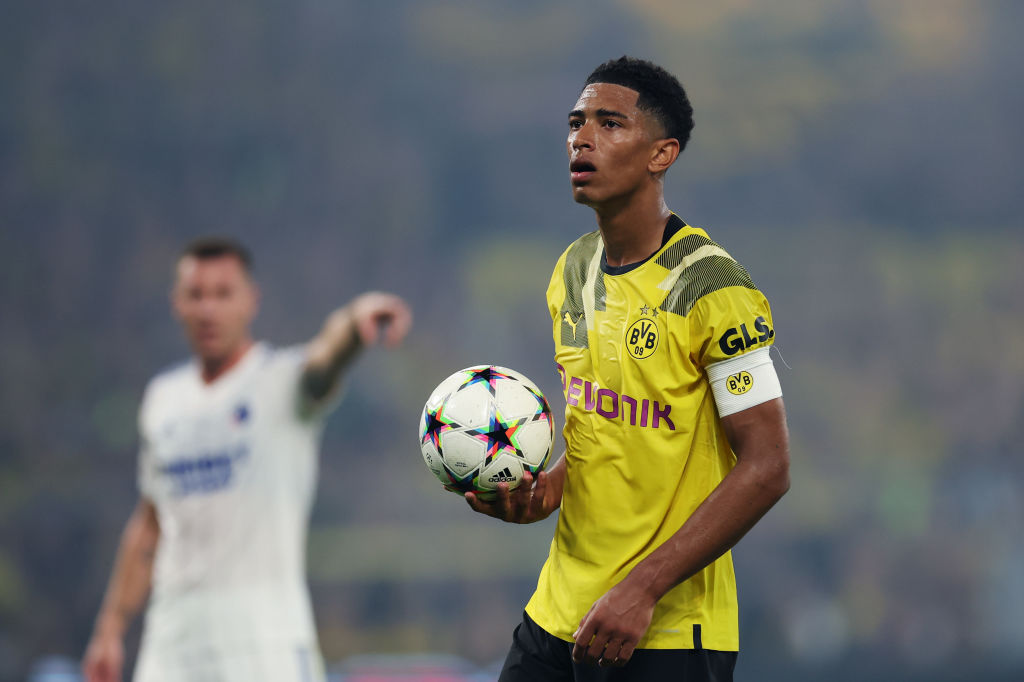 Manchester United and Liverpool will battle it out for the signing of Jude Bellingham next summer, with both clubs standing a ‘very good chance’ of landing the Dortmund superstar.

Bellingham, 19, has emerged as one of the biggest talents in world football since joining Dortmund from Birmingham in 2020 for a fee of around £25m.

The teenager rejected a move to Old Trafford in order to join Dortmund and he was even given a tour of United’s training ground by Sir Alex Ferguson.

United have maintained their interest in the England star ever since, though there is now significantly more interest from across Europe now for the midfielder.

Liverpool have long earmarked Bellingham as a replacement for Jordan Henderson and Jurgen Klopp admitted towards the end of the transfer window that he regretted not signing a midfielder,

And, according to Sky Sports Germany reporter Florian Plettenberg, Liverpool and United both have a ‘very good chance’ of landing Bellingham next summer.

‘I am totally convinced he will leave Dortmund in 2023 maybe to Liverpool, maybe to Manchester United.

‘I think these are two teams that have very good chances to get him. He’s an amazing player, amazing character. Very good personality.’

United spent £220m last summer and they strengthened their midfield with the purchases of Christian Eriksen and Casemiro.

However, the likes of Paul Pogba, Nemanja Matic and Andreas Pereira all left the club and Erik ten Hag still feels the area needs investment.