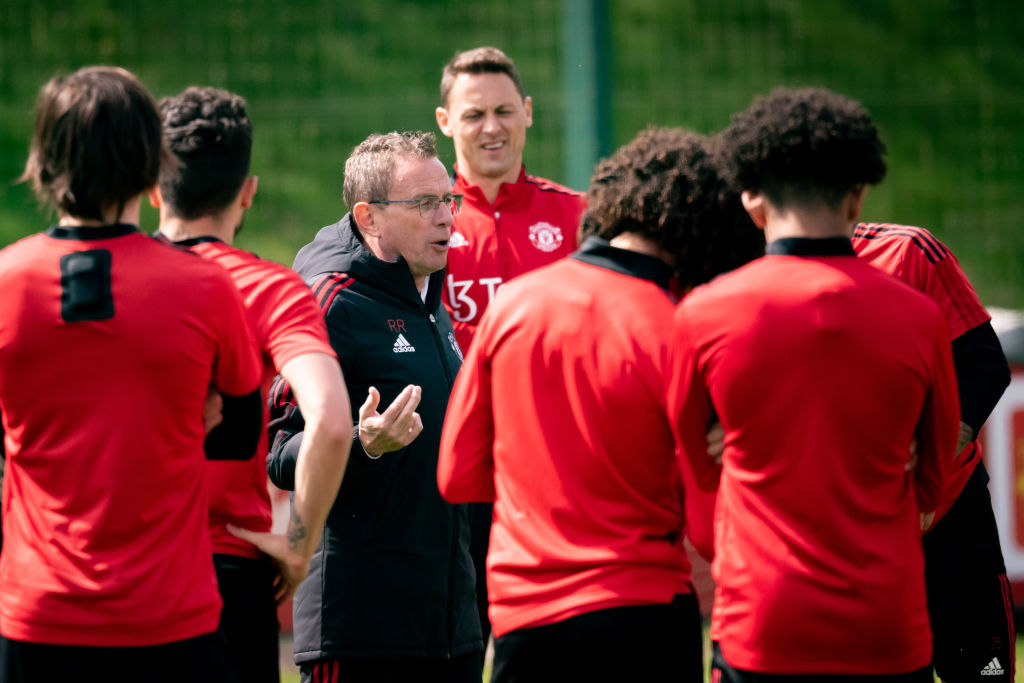 Two Manchester United stars had to be pulled apart after being involved in a ‘shocking’ bust-up in training this week.

The Red Devils, currently sixth in the Premier League, cannot wait for the season to finish after failing to win any silverware for the fifth year in a row.

Interim manager Ralf Rangnick and former boss Ole Gunnar Solskjaer both struggled to get United firing, with the club losing 11 Premier League matches this season, the same amount as Crystal Palace and Brighton.

Manchester United’s campaign reached another low on Thursday as two players clashed in training and had to be pulled apart, according to The Sun.

While the players have not been named, they are reportedly ‘senior’ members of the dressing room, with the bust-up leaving many of their teammates ‘stunned’.

The scrap allegedly occurred towards the end of Thursday’s training session at Carrington, with training then cut short and all the players told to get changed.

As they do not play this weekend, the Manchester United squad were given four days off following Sunday’s dismal 4-0 defeat to Brighton.

The Red Devils, who are set to welcome Erik ten Hag as their new manager, finish the 2021-22 campaign with a trip to Crystal Palace on the final day of the season.

Ten Hag was this week celebrating a third Eredivisie title win with Ajax, but will soon turn his attentions to the rebuilding job at Old Trafford.

After Ajax clinched the Dutch title, Ten Hag admitted that reviving the fortunes of Premier League giants United will be a major challenge.

‘It feels like a challenge to put the club back on track of winning. The options are there, including financially,’ he said in an interview with Voetbal International magazine.

‘I’ve also got a good feeling about the people who are there, and that we can take a step in the direction.’

‘They’d done scouting, analyses, data, interviews with people who worked with me. Then we held multiple interviews.

‘They didn’t rush into things and neither did I. It felt like a difficult, but fantastic challenge. At United, there’s something to build and something to win.

‘Manchester United is such a big name in the history of football. It’s not for nothing they call Old Trafford the Theatre of Dreams.

‘It’s a club with an allure in international football. Everyone knows their history. The history is impressive but I’ve also researched the present and future and the possibilities.’