The highly-rated Scottish youngster was sent out to the recently-promoted Canaries for the season this summer as he sought regular game time in the Premier League. 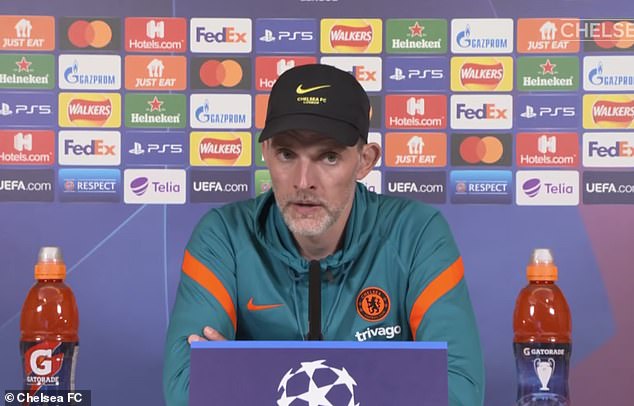 But he has not played a minute of football since that clash with the Reds on September 21 and has been an unused substitute in four of their last five league matches.

Asked if he was concerned about Gilmour’s lack of game time and whether Chelsea would consider recalling him to Stamford Bridge in January, Tuchel said it is too early to write off the deal and urged his player to do all he can to win back his place.

Speaking ahead of Chelsea’s Champions League trip to Malmo on Tuesday night, Tuchel said: ‘We will take the decision in January when it has to be made.

‘In general I spoke with Daniel (Farke) about it and I was happy to meet Billy around the Norwich match at Stamford Bridge.

‘It was clear when we spoke about it that he wants more minutes and more game time at another club.

‘The challenge was clear that he needs to fight his way through and this is where he is right now.

‘Things are not going as he maybe wishes, or as we all wish for but it’s not the moment now to already give solutions and cancel the whole project.

‘Sometimes these weeks and months arrive when the situation seems to be stuck or is not going the right way. You have to hang in there, you have to show your quality and make sure you help your team, no matter where it is.

‘That sharpens your character and it will be a big chapter in your career and that’s the same with Billy. For me right now it’s not the moment to give solutions for January and open talks to bring him back.

‘Now it is November, there are some months to go and a lot of time to prove he has enough quality to help Norwich be a better team.’ 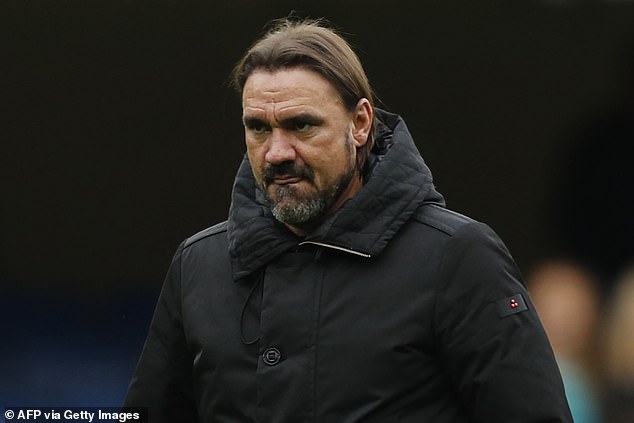 Despite holding talks with Farke, Tuchel has urged Gilmour to fight and win a place in the team 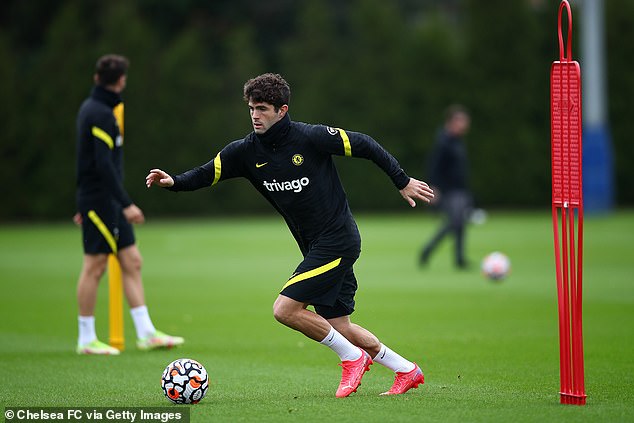 Tuchel’s Chelsea side travel to Sweden to take on Malmo as they look to increase their chances of reaching the Champions League knockout stages.

The Blues are currently second in their group, three points behind leaders Juventus and three ahead of third-placed Zenit St Petersburg.

Chelsea will be without Mateo Kovacic, Timo Werner and Romelu Lukaku once again through injury while Mason Mount will not travel due to illness, although Tuchel stressed it was not Covid-19.

The German also confirmed American winger Christian Pulisic is back and in the squad for tomorrow’s game.

Asked how his side prepare for a game in which they are expected to win comfortably, Tuchel added: ‘It’s the fifth or sixth game in a row where we are favourites.

‘I like how we approach these games, the intensity, effort but we don’t give too much though to be being favourites.

‘Malmo maybe need an extraordinary performance but they will be preparing for this and they can create one so we should be prepared and humble and respectful enough towards the game. Anything can happen in the Champions League.

‘They have nothing to lose and can play with freedom and courage. They will be supported by an emotional crowd.’