Eddie Howe insists first signing Kieran Trippier is NOT joining Newcastle for their mega-riches, as the Toon boss hopes other top international stars will follow new man’s ‘dream and vision’ to sign

Not since Michael Owen in 2005 has the club signed a current England regular. Trippier penned a two-and-a-half-year deal on Friday and sources say his wages do not exceed £100,000-per-week, in keeping with a structure they want to maintain this month.

Rather, Howe says the 31-year-old was sold on the vision of the club and hopes the £12million capture will encourage others to join the Magpies, despite their position in the Premier League bottom three. 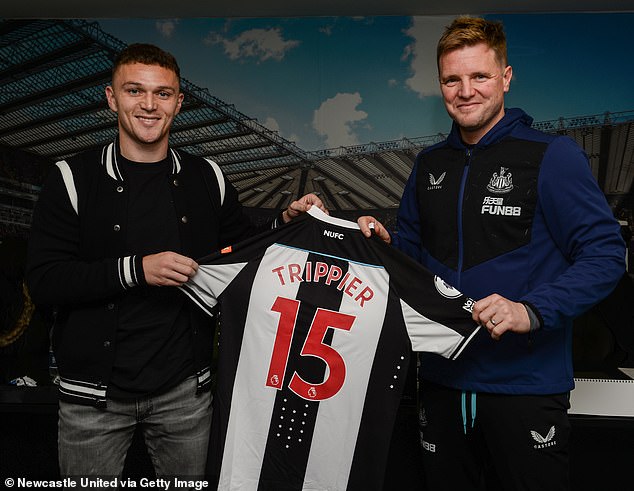 ‘It is a sign that the club has a huge pull,’ said the head coach. ‘I’m not talking financially, either. Kieran hasn’t come for financial benefits.

‘He has come for the club and the longer-term vision. Hopefully other players from around the world will look at that and share his dream and vision.

‘But without doubt the signing was made easier by the new regime. There is a huge amount of positivity around the club right now. That feeling of change certainly helps.’ 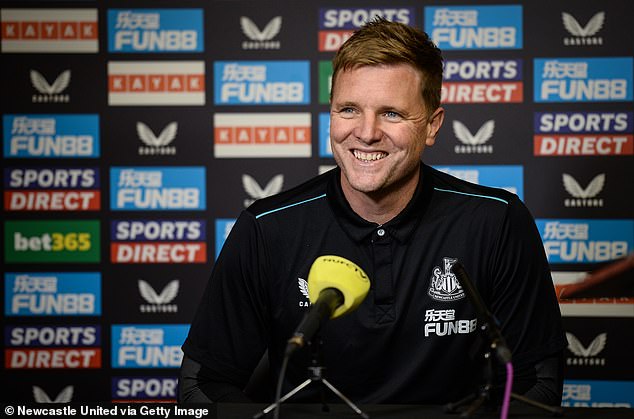 Trippier tweeted that he was ‘so happy’ to be joining Newcastle and wanted to impress the fans.

‘Everyone knows the fans are unbelievably passionate and I will give my absolute all for them. I can’t wait to get to work’ he said.

”Thank you to everyone at Newcastle and the fans for the very warm welcome I have received so far.’ 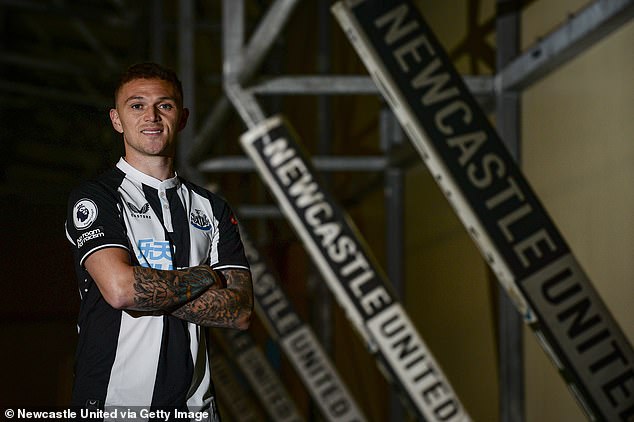 Howe first signed Trippier for Burnley nearly 10 years ago and they have maintained a good relationship, even meeting up in Madrid last year.

‘He is a player I know very well from our time together at Burnley,’ added Howe. ‘He’ll bring a huge amount, on and off the pitch. He has leadership and a winning mentality, he is driven to succeed.

‘He is also an outstanding technical player and will attack very well. He’ll bring a calmness on the ball.

‘But the mentality he will bring to the group is absolutely crucial. He’s up for the fight, he believes we can survive and sees the longer-term vision of what the club can bring him and his career.’

Newcastle will now press ahead with their transfer plans and they remain in discussions with Lille over centre-back Sven Botman, their top defensive target.

But as Sportsmail revealed this week, the fear of striker Callum Wilson missing the bulk of this season with a torn calf muscle has increased the urgency of signing a replacement.

Howe said: ‘Callum will have another scan very shortly to determine exactly how long he’ll be out.

‘Depending on those results it could impact what we do. But it is the toughest position to recruit.

‘The quality there is very short on the ground.’