Home » Trent Alexander-Arnold hasn’t been as good for Liverpool. He should still go to Euro 2020

Trent Alexander-Arnold comes with an element of risk. The 22-year-old is not a traditional, solid right back who fears crossing the halfway line. Those days are long gone in the Premier League.

Referring to him as ‘the Liverpool defender’ is a stretch. He is much more than that. For the past three years he has been at the heart of the team’s attacking blueprint. The style of football that brought Alexander-Arnold Champions League and title-winning medals in successive seasons was built around width from the full back positions. The Scouser and Andy Robertson, his left-sided counterpart, opened up the pitch, created space for the front three and pinged in cross after cross for a team that looked, at times, unstoppable.

And then Jurgen Klopp’s side got stopped. The defence of the title looked to be spinning out of control in the first two months of this year. Injuries have played a big part in the troubled season but they are not the only factor. After two seasons of playing catch-up with Klopp’s tactics, the rest of the division caught up. The key to neutralising Liverpool’s threat is to stop the full backs.

That has made life difficult for Alexander-Arnold. Although reports of his dip in form have been greatly exaggerated, it has been a testing few months. Opposition sides double up on the full backs. It is not so easy for them to range forward with the impunity they once enjoyed.

The win over Burnley at Turf Moor was another example of the way teams set up against Liverpool. In the early exchanges every effort was made by Burnley to get Dwight McNeil on the ball on the left wing in the space behind Alexander-Arnold. It seemed the home side would get some joy from this approach but the right back’s pace helps bail him out of difficult situations and as the game went on he began to exert more influence in the opposition half. Alexander-Arnold was a constant source of danger, even though Burnley had designed their game to nullify his strengths and exploit his weaknesses.

Has Gareth Southgate taken this into account? There are suggestions that the England manager will leave Alexander-Arnold out of his squad for the Euros. Kyle Walker, Kieran Trippier and Reece James are Southgate’s favoured selections for the position.

It is surreal that Alexander-Arnold could be excluded from a 26-man squad. He is one of the most talented players available to England in any position and has as much big-game experience as anyone in the squad. Walker, Trippier and James have all had good campaigns but surely no opposition coaches have ever had sleepless nights designing a gameplan to stop any of that trio? Rival managers approach matches against Liverpool by focusing on how to marginalise Alexander-Arnold.

Put in that context, the season has not been a bad one for the Liverpool youngster. There have been some ugly moments – the 1-0 defeat by Burnley at Anfield and the away defeats to Southampton and Real Madrid stand out – but more often than not Alexander-Arnold has been up there with the team’s best performers. Mohamed Salah has scored 30 goals and Fabinho has put in some fine shifts, especially out of position in the defence, but the right back is in the running for Liverpool’s player of the season. Robertson has battled manfully on the left but the dropoff in the Scot’s production has been more pronounced that Alexander-Arnold’s. As good as Robertson is, he does not have that extra touch of style of his team-mate.

All of Southgate’s full back options are classy operators. Of all the players that Tottenham Hotspur have sold for seemingly inflated prices over recent years, no departure had such a negative impact on the team as Kyle Walker’s exit to Manchester City. Trippier grew in stature in Russia three years ago and has benefitted from the experience of playing in La Liga for Atletico Madrid. James has been excellent for Chelsea and has much more improvement in him at the age of 21. 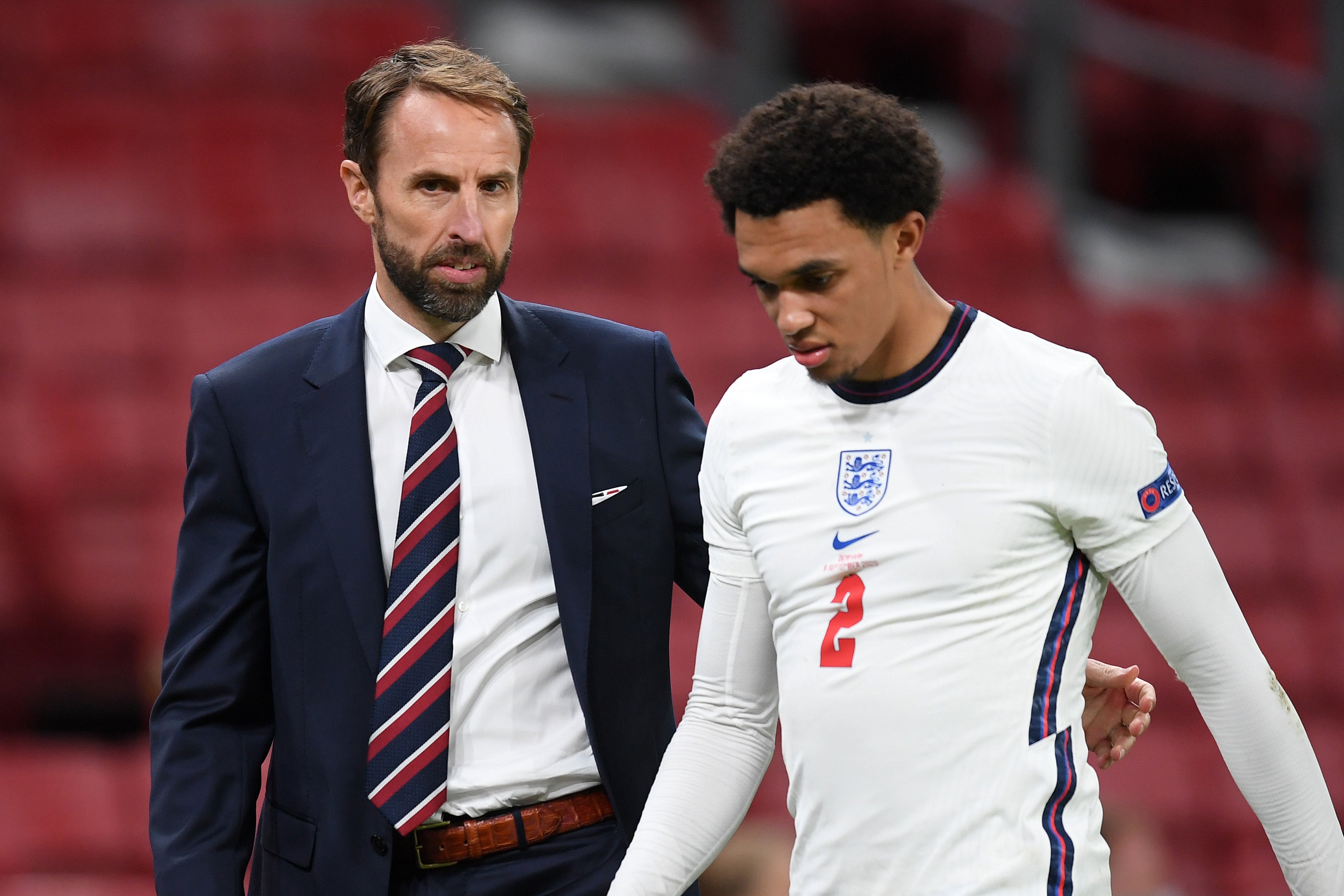 Southgate has a decision to make over Alexander-Arnold

Alexander-Arnold is still a notch above. His passing is superior and his pace is at least the match of his rivals. His vision sets him apart. One of the reasons that he is sometimes exposed for Liverpool is that Klopp believes that the positives from pushing him forward are worth any negatives at the back. If Southgate requires him to be more circumspect and take on a deeper role, he will listen to instruction. Most of the mistakes that have been attributed to Alexander-Arnold are the result of failings elsewhere in the Liverpool side – the lack of a high press, for example. The team are playing in a different manner to the all-conquering days of last year but Alexander-Arnold is being asked to perform the same role.

Is it worth the gamble? Results over the past month suggest it is paying off. It is a bonus to have a player who can turn games from right back. Things might be different if Southgate’s other choices were known for their defending but all three are thoroughly modern operators who love to function in the opposition half.

Liverpool will not complain if Alexander-Arnold is exiled from the Euros. The extra rest will do him good. But if an international manager can afford to leave someone this talented at home for a tournament, then his team had better go a long, long way in the competition or serious questions will be asked. That’s an even bigger risk for Southgate than picking Alexander-Arnold.